Click a tag to read articles related to that program area.

Talking Headways Podcast: How to Make a Bus Corridor Great

"Livable Streets Alliance has done their own surveys focusing on [older] communities, which has been great because their work tends to be during the middle of the day, whereas [the City of Boston's] tends to be early morning and evening and very much centered on your standard commute... [T]hat’s where [LivableStreets] has come in and done kind of the... trips to the community center and the trip to your health care provider around 1:00 PM and engaged with a group that doesn’t always get to be as loud and expressive necessarily at these public meetings."

Listen to the podcast here.

Boston making some progress on transpo goals, but pace needs to pick up, report finds

“We’re making progress, but we’re not quite there to truly see all of it by 2030," [Stacy Thompson] said. "But we have all the ingredients to get it done and that is positive."

Livablestreets Report Keeps ‘Go Boston 2030’ on the Agenda, Not on a Shelf

In a new report released this morning, the LivableStreets Alliance says that Boston is making good progress on improving street safety, but by and large has yet to make significant progress on its ambitions to reduce traffic and air pollution by increasing biking, walking and transit use.

"Gag... said that the bill would promote racial equity by replacing human police enforcement with automation. 'If you are implementing cameras in a purposeful and equitable way,' Gag said, 'then you get to remove this aspect of bias on the part of the police officer.'"

"Stacy Thompson from Livable Streets also called the bill 'a positive first step,' but added that, 'It's not bold enough to meet the scale of our transportation crisis.' 'While it's a good start to include some dedicated revenue for the MBTA and the RTAs, important policies like making fares more equitable are missing from this package,' she said."

"Stacy Thompson, executive director of LivableStreets Alliance, said in a speech she thinks the funding package should go toward fixing Massachusetts' public transit and infrastructure. 'I don’t need to tell you that we are in a transportation crisis,' Thompson said. 'You experience it every single day.'" 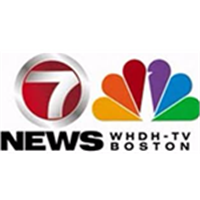 "I don't need to tell you we are in a transportation crisis, you experience it every single day," said Stacy Thompson, executive director of Livable Streets. Her organization is one of several dozen comprising Transportation For Massachusetts, which is pushing for increases to the gas tax.

"We just need to get past this false notion that we don't have money. It's time to act," said Stacy Thompson, executive director of the Livable Streets Alliance.

"'We can fix this,' agreed Stacy Thompson, executive director of coalition member LivableStreets... 'But we need every person in this room to pick up the mantle – literally pick up the packet that you were given today – because we need your voice. We need you to reach out as individuals, we need you to activate your networks. Ask the Legislature to pass a comprehensive bill that will increase funding.'"

Gag said LivableStreets supports imposing higher fees on TNCs, but that to effectively reduce congestion, Massachusetts must look at such hikes as not only a mechanism to accrue more money but also as a way to shape behavior.

Will We Fall for Gondolas Again?

“If you’re interested in moving your wealthiest patrons seamlessly from your business to Assembly Row, a gondola might be the best solution,” says Stacy Thompson, of the Livable Streets Alliance. “But from the public’s perspective it’s not a good use of a public way.”

"Speakers at Monday’s meeting pushed for MassDOT to ensure that the planned new West Station commuter rail stop would have four tracks, not three, to meet potential future growth in demand. They also warned that limiting service on the Worcester Line during construction while simultaneously constricting the Turnpike will create commuting headaches with no relief.

“As a congested state, we cannot push more people onto that road,” said Ari Ofsevit, the project lead for the Livable Streets Alliance."

Where Should Massachusetts’s Next Car-Free Street Be?

"As LivableStreets has been saying for more than a year – Congress Street is an ideal location to implement full Bus Rapid Transit (BRT)… Congress street has the potential to become the literal heart (geographically speaking) of the transit, walking, and biking transformation that is taking hold in Metro Boston." - Stacy Thompson

“The need for stricter enforcement of bus only infrastructure has been elevated as more and more cities and towns implement bus priority infrastructure,” LivableStreets Alliance Executive Director Stacy Thompson said in an email. “While we are supportive of better bus lane enforcement we hope the State will also explore camera enforcement which is utilized in New York City.”

Baker Bill Would Ease Penalties For Fare Jumping On The T, Ding Drivers In Bus Lanes

"The need for stricter enforcement of bus only infrastructure has been elevated as more and more cities and towns implement bus priority infrastructure," LivableStreets Alliance Executive Director Stacy Thompson said in an email. "While we are supportive of better bus lane enforcement we hope the State will also explore camera enforcement which is utilized in New York City."

"Stacy Thompson, executive director of the LivableStreets Alliance, said some drivers simply ignore signs designating bus-only lanes and there should be consequences.
“It’s a really important first step,” she said."

Louisa Gag, Public Policy and Operations Manager for LivableStreets, served on the task force that collaborated with Somerville city staff to produce the plan. "It's a big long plan with a lot of action items. City staff worked really hard to vet the goals with various city departments to make sure the plan is realistic and achievable, but also ambitious," said Gag.

LivableStreets Alliance, a transit advocacy group in the Boston area, estimates all Massachusetts transit agencies could make bus service free for $60 million a year, including Boston’s. That translates to a 2-cent increase in the state gasoline tax, the advocacy group said.

Should Public Transit Be Free? More Cities Say, Why Not?

Proponents of the idea argue that . . . the true replacement cost would be closer to $36 million. That gap, they say, could be covered by a 2-cent rise in the gas tax.

"That's where something controversial or impossible a few years ago now seems possible," said Stacy Thompson, the executive director of the LivableStreets Alliance, a transportation research group.

Memos to Mayor Walsh on the state of the city

In last week’s State of the City address (“Mayor calls for bolder action on transportation, housing,” Page A1, Jan. 8), Mayor Martin J. Walsh tasked the Boston Police and Transportation departments to “implement a plan to strengthen traffic enforcement” in Boston. As bicycle and pedestrian advocates on the city’s Vision Zero Task Force, we have some suggestions on what should be included in that plan." - Stacy Thompson, LivableStreets Stacey Beutell, WalkBoston Becca Wolfson, Boston Cyclists Union

Marty Walsh says he likes the idea of making the MBTA free. But he has one big concern.

As the Globe recently reported, the Livable Streets Alliance estimated that making MBTA buses free could cost as little as $36 million a year. The Boston-area transit advocacy group also reportedly estimates that making public buses free across Massachusetts could be covered by a 2-cent increase in the state's gas tax (Walsh, for his part, supports a 15-cent increase in the tax).

Advocates have identified MBTA's crumbling bus garages as the major limiting factor that prevents better bus service. In the "64 Hours: Closing the Bus Equity Gap" report published in September, the LivableStreets Alliance wrote that "the MBTA's service standards are hamstrung by the size of its vehicle fleet… Without addressing the bedrock issue of the MBTA's bus fleet size and garage facilities, all riders will continue to be underserved.

Expert Opinion: A transportation vision for the 2020s

The classic New England village was built around walking, and communities across Massachusetts would benefit from doubling down on that strength in the 2020s. In Greater Boston, this includes borrowing from Olmsted's Emerald Necklace to create an Emerald Network of shared-use walking and biking paths that connect the region's diverse neighborhoods and job centers.

"To me, this is not a giveaway," said Stacy Thompson of the Livable Streets Alliance. "This is really about how do you make the bus system more efficient and more desirable with the resources we have today." Supporters, however, argue that eliminating fares on local MBTA bus routes could be done on the relative cheap: maybe as little as $36 million a year, according to an estimate by the Livable Streets Alliance. That number, which does not include the Silver Line or long-distance express routes, reflects the fact that a huge portion of MBTA bus riders transfer to the subway, paying $2.40 for a combined trip, or hold a monthly bus-subway pass, and would continue to pay for the train service even with free buses. Making most buses free on the T and every other public bus system in the state could be covered with a 2-cent gas tax increase, according to Livable Streets.

On the TransitMatters Codcast hosted by CommonWealth magazine, Jim Aloisi, the former transportation secretary and TransitMatters board member; Josh Fairchild, the co-founder and president of TransitMatters; and Stacy Thompson, the executive director of Livable Streets, looked back at 2019 and forward to 2020. They predicted the Legislature would pass a transportation revenue package and assembled a wish list of fairly predictable initiatives they would like to see action on.