In 2017, our Better Buses campaign moved from inspiration to action. We released our "Getting Boston on Board" report, deployed volunteer Street Ambassadors, and celebrated a bus-only lane pilot becoming permanent on Washington Street in Roslindale.

Robert Orthman @realroborthman #BetterBuses #KeepRozzieMoving #MyStory It is hard to overstate what a difference the [Washington Street] bus-only lane has made. What used to be a completely unpredictable morning ride of anywhere between 15-40 minutes is now a predictable 8 minutes. People seem happier just riding the bus now, knowing they won't get bogged down in endless vehicular congestion. 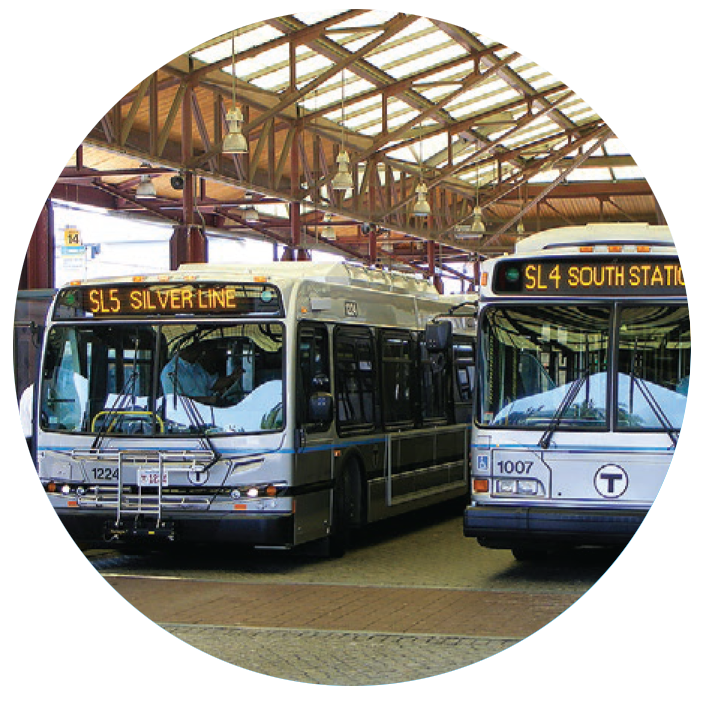 Today in Boston, approximately seven miles of congested streets are holding back 92,000 bus riders. Without implementation of bus priority measures, many people will continue to turn to rideshare and personal cars, while those who depend on the bus fall further behind.

These Better Buses wins are just a few examples of what is possible when city leaders, the MBTA, and advocacy groups work together on a shared goal:

Now is the time to keep the momentum going for Better Buses. We want to see the following four corridors receive pilots or permanent bus priority by the end of 2018: 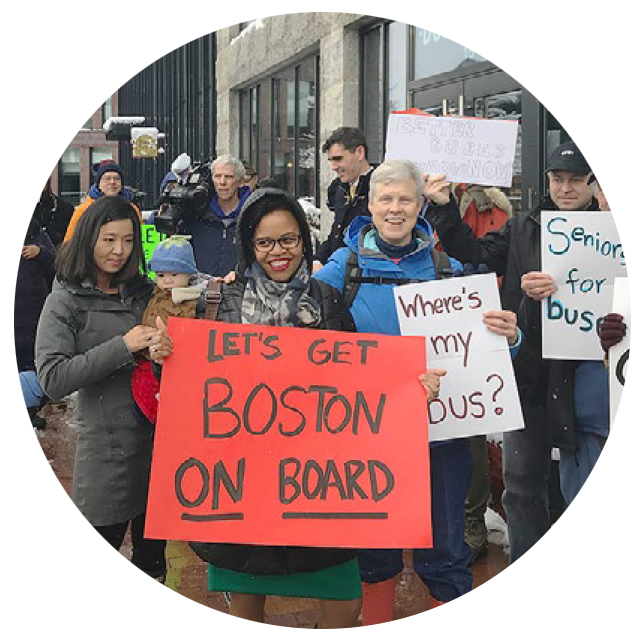 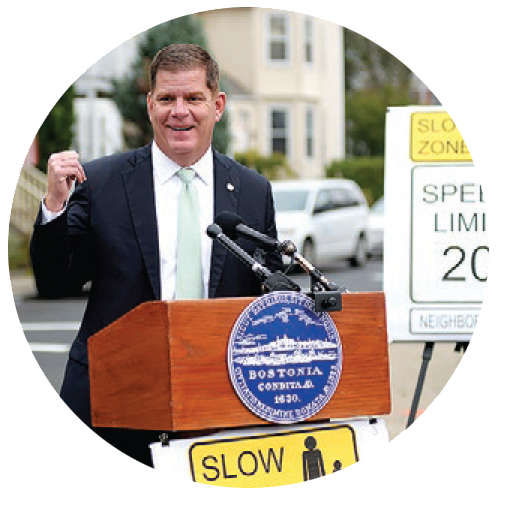 In 2017, Cambridge and Somerville both committed to Vision Zero, and dozens of other cities and towns in Massachusetts opted to lower speed limits from 30 to 25 MPH on some of their busiest roads.

Emphasizing Accountability
In partnership with the Massachusetts Vision Zero Coalition, we published a candidate questionnaire, and the second annual Boston Progress Report.

Increasing Staff + Funding
We successfully advocated for a $5 million increase in funding and additional Vision Zero staff in the City of Boston. 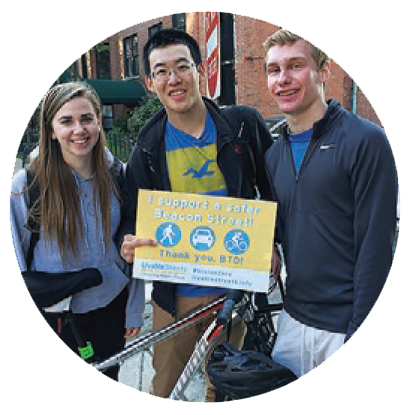 Maxime Devilliers @MaximeDevilliers #VisionZero #StreetAmbassador #MyStory Neighbors on Beacon Street were concerned about reduced parking, more intense bottlenecks, hitting cyclists when turning into a driveway + cyclists still riding on the sidewalk. I was able to help people better understand why Boston chose this particular design + how it's supposed to work. 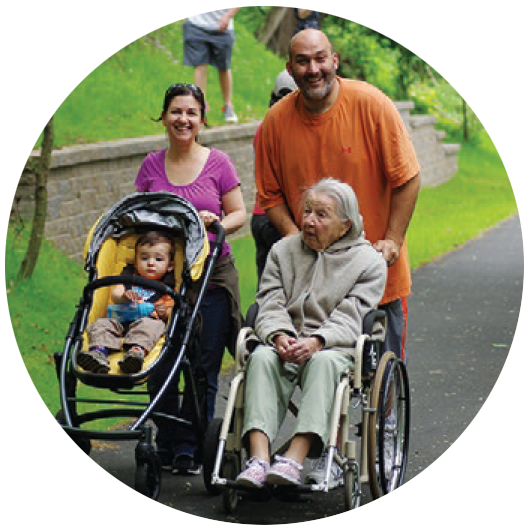 The Emerald Network continues to grow, with 114 miles of existing greenways, 37 miles in-progress, and 68 miles proposed.

This year we celebrated the completion of the Neponset River Greenway Extension in Mattapan and the Connect Historic Boston Bike Trail in downtown Boston, and great progress on the Watertown-Cambridge Greenway.

Governor Charlie Baker's support for the creation of the Mass Trails program will be hugely beneficial in connecting gaps in the state's network of trails, as well as gaps in funding for design. 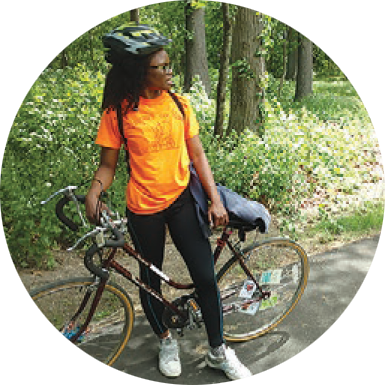 Shavel'le Olivier @MattapanFoodFit #NeponsetTrail #Mattapan #MyStory Now that the [Neponset] trail is complete, my friends and I can walk to Lower Mills to enjoy ice cream + restaurants. I've even biked all the way to Castle Island [...] using the trail - I wouldn't have attempted these distances if it wasn't for the completion of the trail in Mattapan. I also walk much more often!

Finding a Cure:
Transportation in the Longwood Area 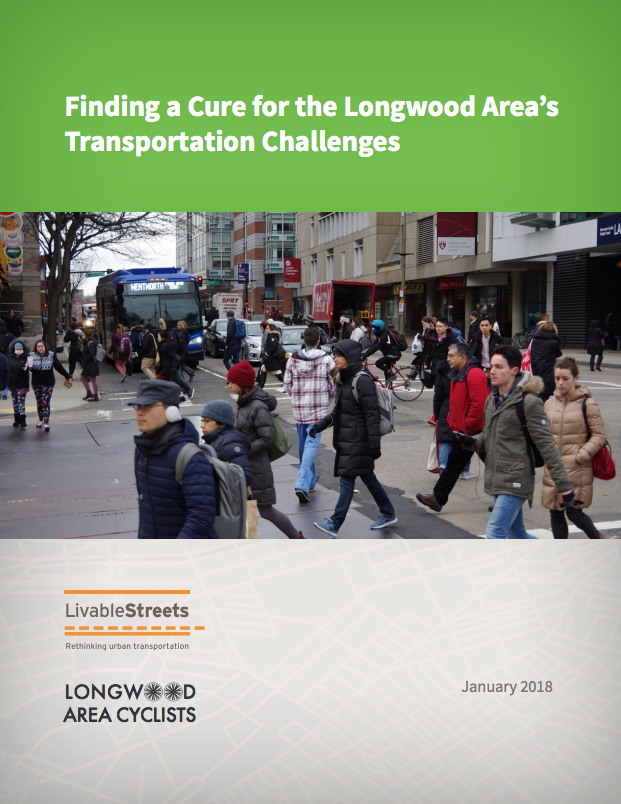 Getting Boston on Board 2017 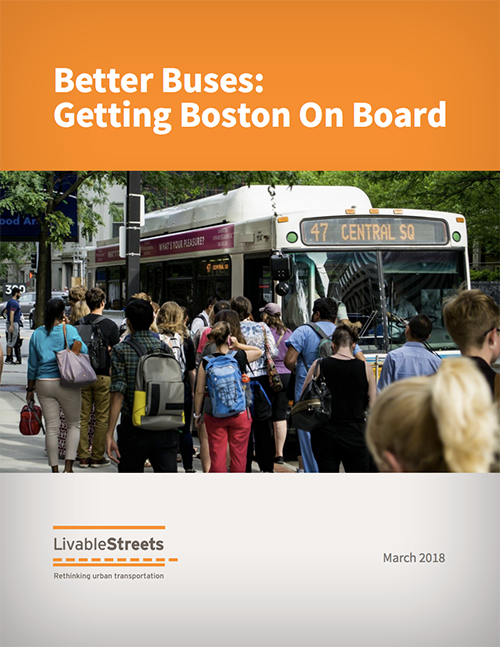 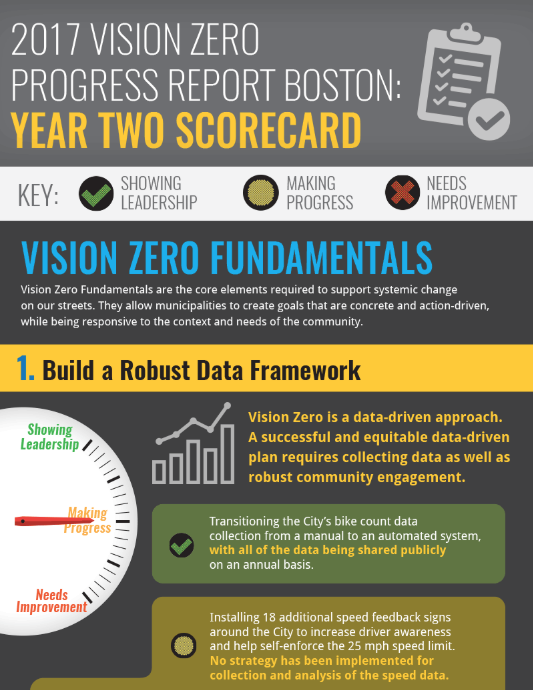 Our strong network of community, city, and state partners allows us to break down silos and facilitate connections that help everyone achieve better outcomes. We would like to recognize some of our outstanding 2017 partners: 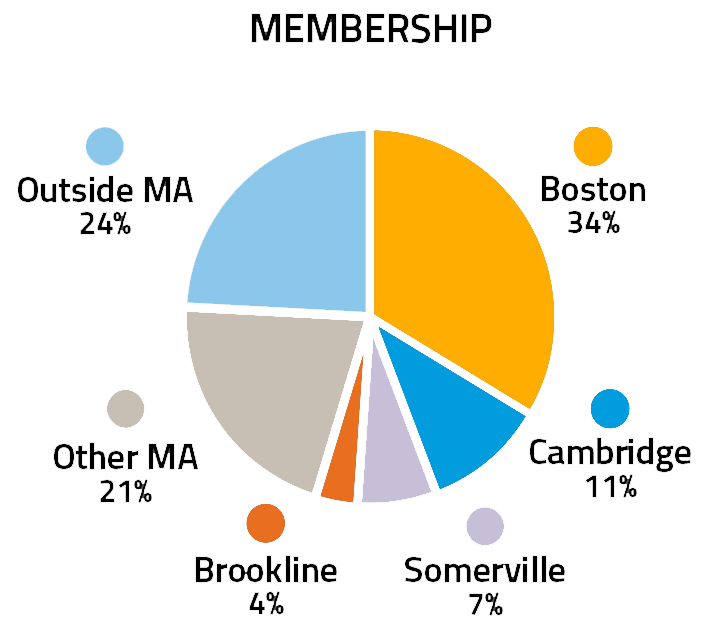 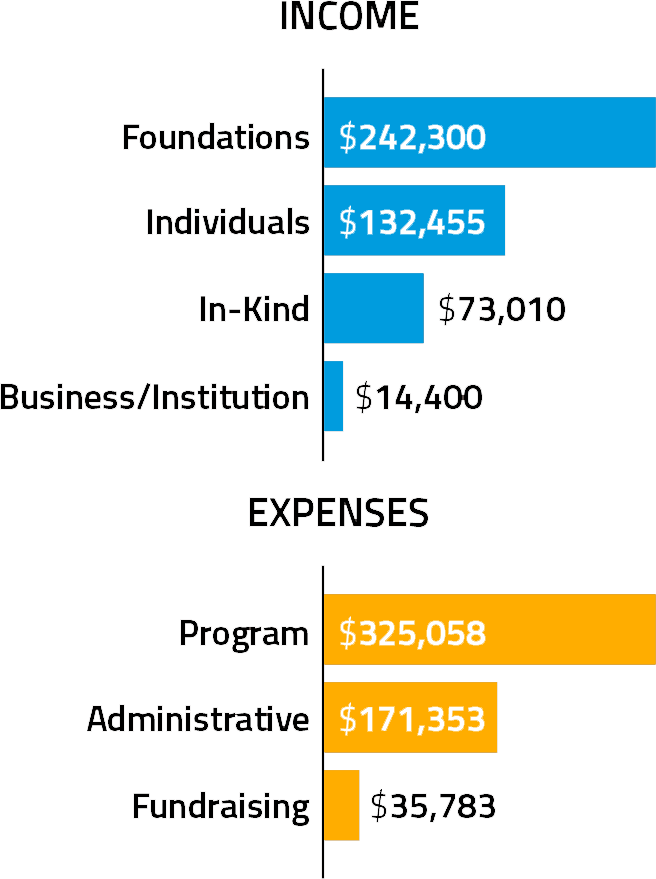 SPECIAL THANKS TO OUR 2017 DONORS