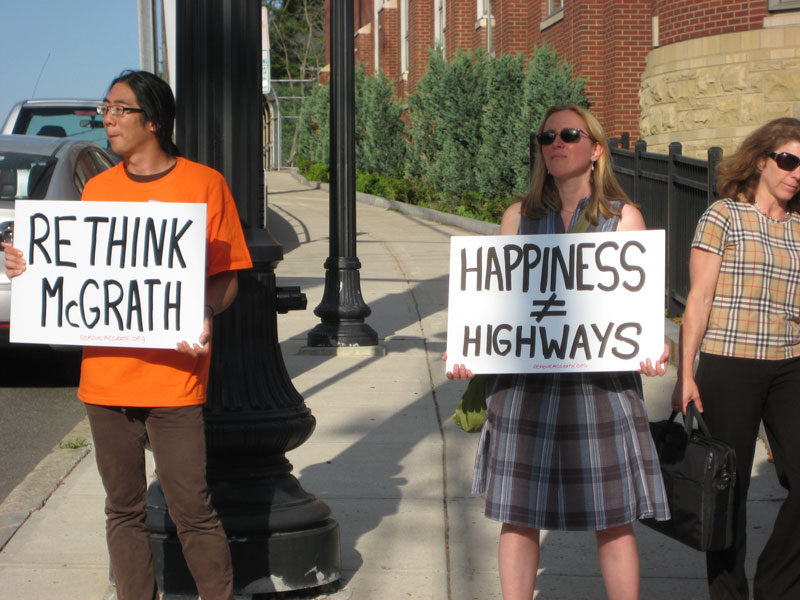 "In America there's [often] this outdated, outmoded attitude that cities are obstacles that you have to blast giant traffic machines through. ...If they eliminate grade separation — meaning underpasses, overpasses, and roads that resist bikes and pedestrians — everybody will be happy with it after they're done, and any predictions of traffic armageddon will not be [realized]." 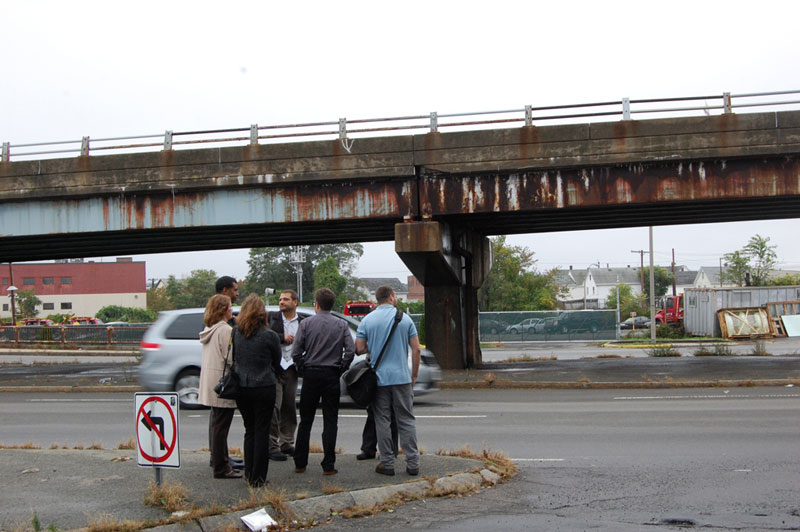 "There is no bigger barrier in East Somerville, and perhaps this entire city, than McGrath Highway."

McGrath Boulevard improvements are re-affirmed in the final draft of the Lower Mystic River Regional Working Group report: "The Boston MPO has programmed the McGrath Highway and McCarthy Overpass in Somerville and Cambridge on its Long-Range Transportation Plan for construction as early as 2022."

Together, the coalition calls for increased parkland, bike, and pedestrian facilities that will re-knit the neighborhoods of East Somerville and connect them to the rest of the city.

Our advocacy members from Somerville build a coalition of neighborhood groups, advocacy organizations, and elected officials representing over 15,000 people.

As a member of MassDOT's Grounding McGrath Study, LivableStreets helps guide the McGrath conversation on issues of transportation equity and the factors that make streets livable.

The McCarthy overpass is classified by engineers as functionally obsolete and structurally deficient. At a public meeting, community members cheer when MassDOT says the bridge will fall down if they don't fix it. 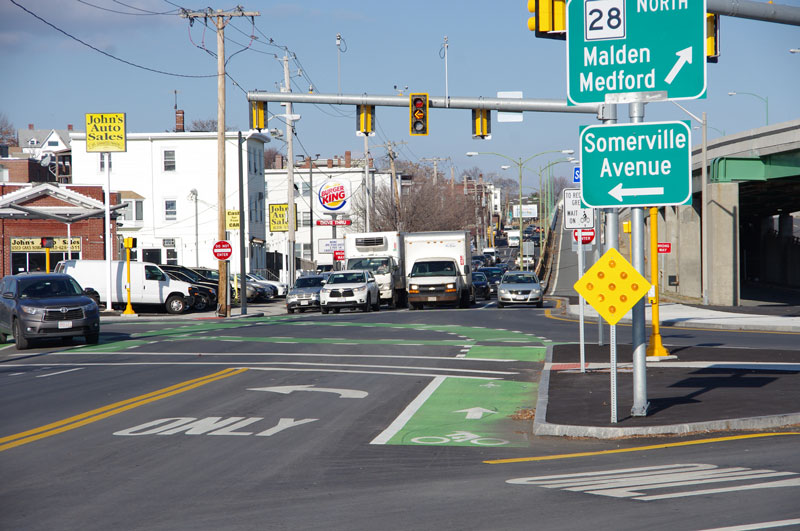 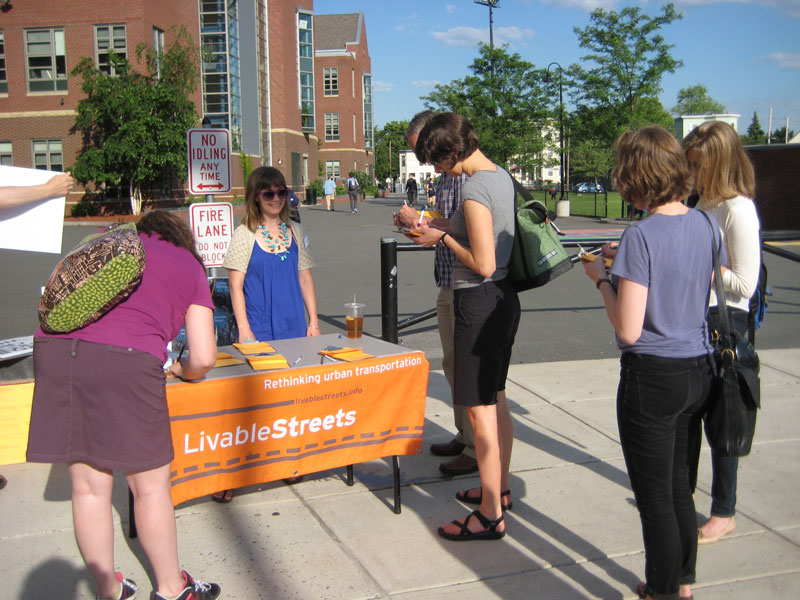 Volunteer: Join us in spreading the word about the importance of safe and livable streets. Our volunteers are actively involved in all of our events and programming, including the Street Ambassadors program.