As VP of Ambulatory Services at Dana-Farber, David Read knows hospitals never sleep. “Over one hundred and ten thousand people — commuters, visitors, and patients — travel to the Longwood Area every day.” Encouraged by seeing more people taking to bikes for their commutes, David started including biking in his morning routine in 2009.“My wife says I’m much less cranky on the days I bike to work!” 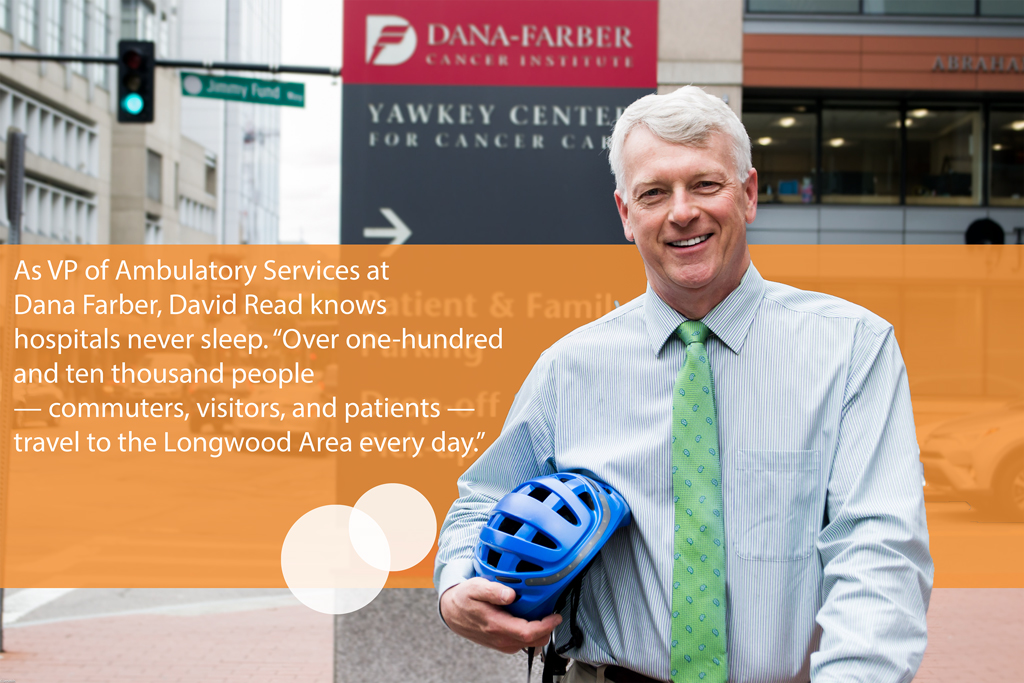 After witnessing a number of close calls between ambulances, buses, cars and bikes, David began interviewing other people he met who rode bikes in the Longwood Area. From a pregnant woman getting hit by a driver while biking, to remembering colleagues killed in a crash, David knew he needed to find a way to share these stories. The result became two videos— viewed more than 4,000 times — discussing safety concerns and ideas for change  In August 2015, when he held the first Longwood Cyclists Summit, nearly 200 people showed up.

In 2017, Longwood Area Cyclists and several Longwood institutions joined forces with LivableStreets on a year-long public engagement campaign to identify key transportation concerns and pave the way for strategic solutions. David serves on the campaign’s Executive Committee and chairs the cyclists’ group. He says: “It has been wonderful to learn from LivableStreets just how to go about lobbying for change and creating the political will to make this happen. I’ve got a bottle of champagne in my office ready to pop when Longwood Ave gets its first bike lane.” 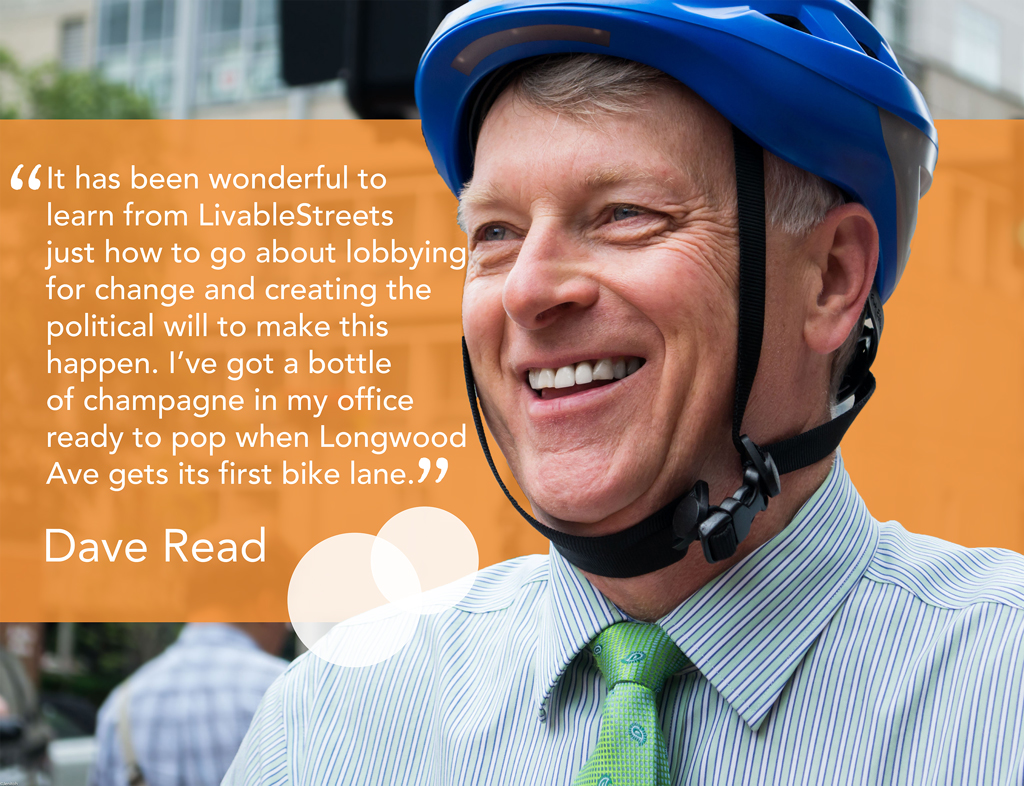 David sees his work in the Longwood Area connected to a much bigger picture as well: “Most people don’t realize that the Longwood Area is a mere half-mile away from the Boston section of the East Coast Greenway [the nation’s longest walking and biking route — from Maine to Florida].”

And when he’s not spearheading the next great path? David enjoys traveling with his family — especially when it involves a few bike rides (Montreal is a favorite).