The winter of 2015 was a pivotal moment for Vivian Ortiz. After the Mattapan High-Speed trolley was suspended and replaced by shuttle buses, she found herself trudging home through the thigh-high snow with her groceries. The MBTA shuttle drivers had been instructed not to stop or pick up riders at stops that were not part of the trolley line. Vivian says, “After one empty shuttle bus passed me I was upset. After four more empty shuttle buses passed me I knew I had to take action and speak up about transportation injustice.”

As Coordinator of the Healthy Community Champions (HCC) for Mattapan Food & Fitness Coalition, Vivian and the HCC's encourage residents to make healthier lifestyle choices. But when they lack reliable transportation or access to amenities such as bike-share, sometimes the choice is not theirs to make. “I see too many of my neighbors left behind when it comes to making big changes in how we get around our city.” 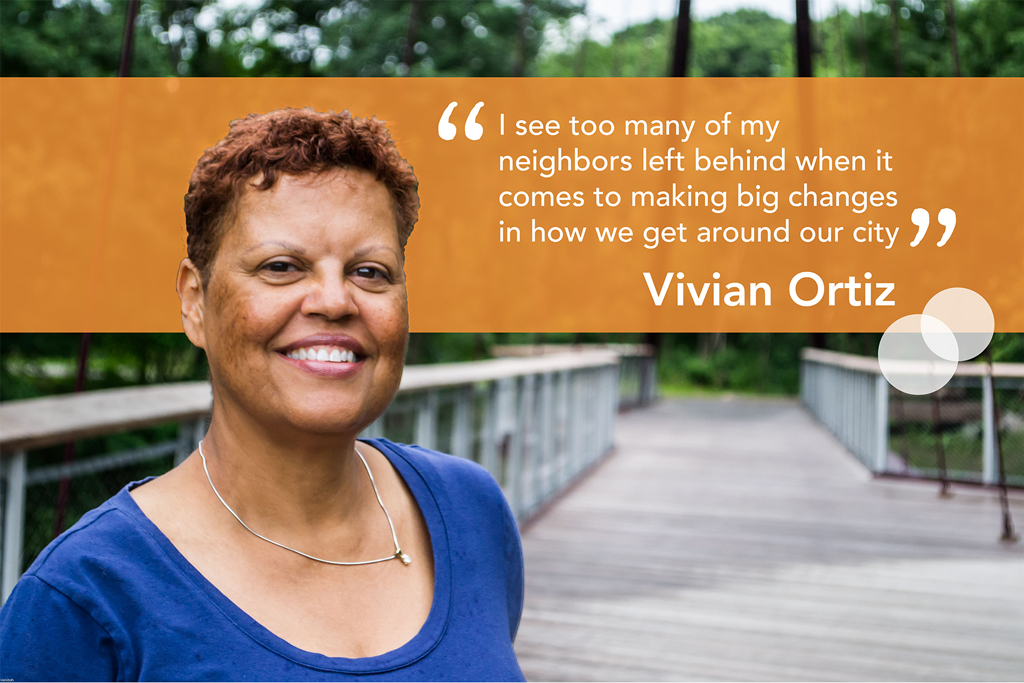 Since attending Boston Bikes' Women's Learn-to-Ride clinic in 2014, Vivian has become an avid bike rider and spokesmodel for the “I Bike Boston” campaign. She’s excited to see many of her neighbors activated by the newly opened Neponset River Greenway trail extension, but says she also continues to ride her bike on the adjacent and heavily-trafficked River Street — “for continued awareness of people riding bikes in the community”.

In May 2017, Vivian attended the Vision Zero Cities conference in New York City. When she asked an NYPD police officer on the street if he was familiar with Vision Zero, he quickly responded with several examples of street design changes that had been made under the policy. As for Boston leadership on Vision Zero, Vivian says, “I'm not confident I'd receive the same response from an officer here. In my opinion, Vision Zero can only be successful if leadership ensures that all subordinates understand and support the initiative as well.” 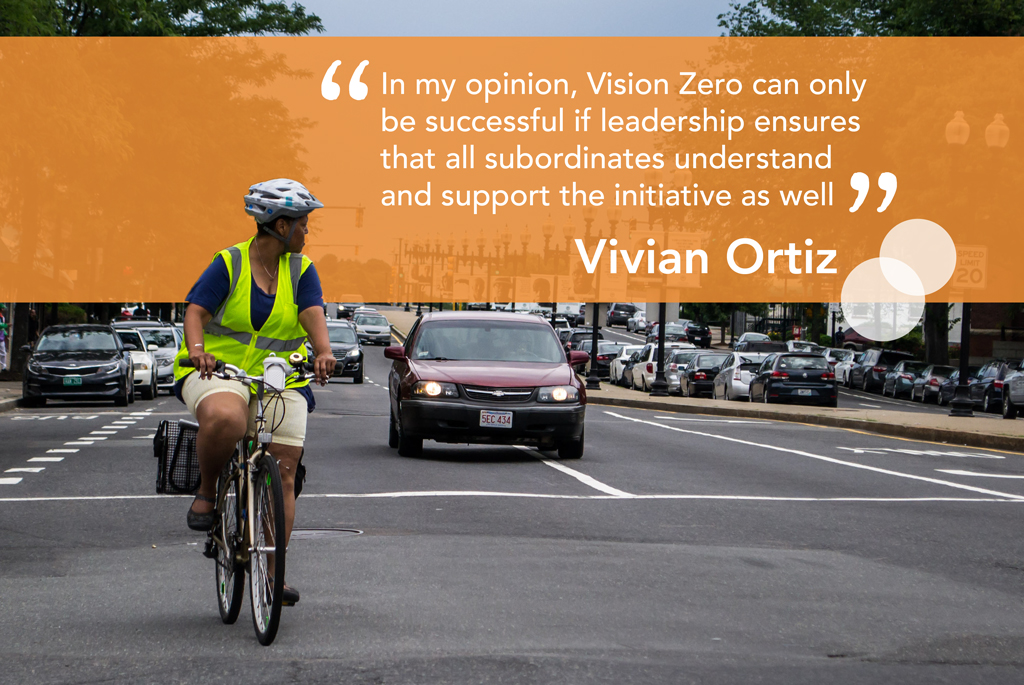 This year will mark Vivian’s second Tour de Streets, and she is thrilled to be riding her new bike “Goldita” to explore different parts of the city she’s never been to before. “That beautiful stretch along the Harborwalk in Charlestown was a place I’d never been in Boston, and I love that it is a fun, casual ride.” Vivian says this year she may use the bus again to get from Mattapan to Tour de Streets. 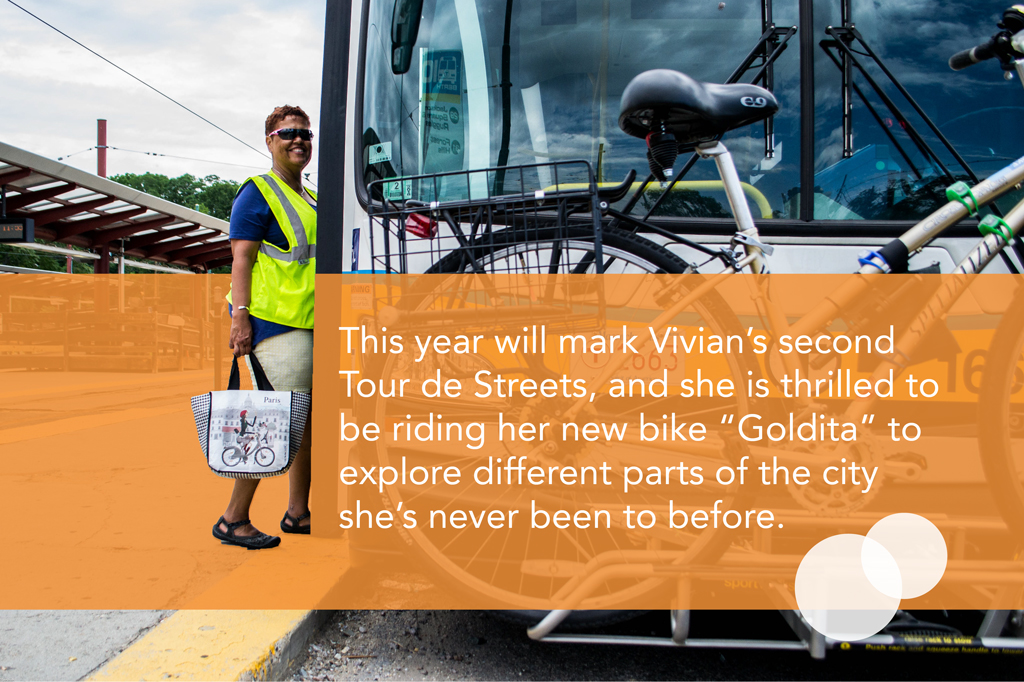 Donate to or join Vivian’s team to help make sure LivableStreets’ work can extend all the way to Mattapan and beyond!