LivableStreets is rethinking urban transportation in Metro Boston.We believe streets should be designed to accommodate all people and provide safe, convenient, and affordable transportation options-- making our community more connected and livable for everyone.

Since 2010 LivableStreets has tripled our total operating budget, and more than quadrupled our programmatic work. 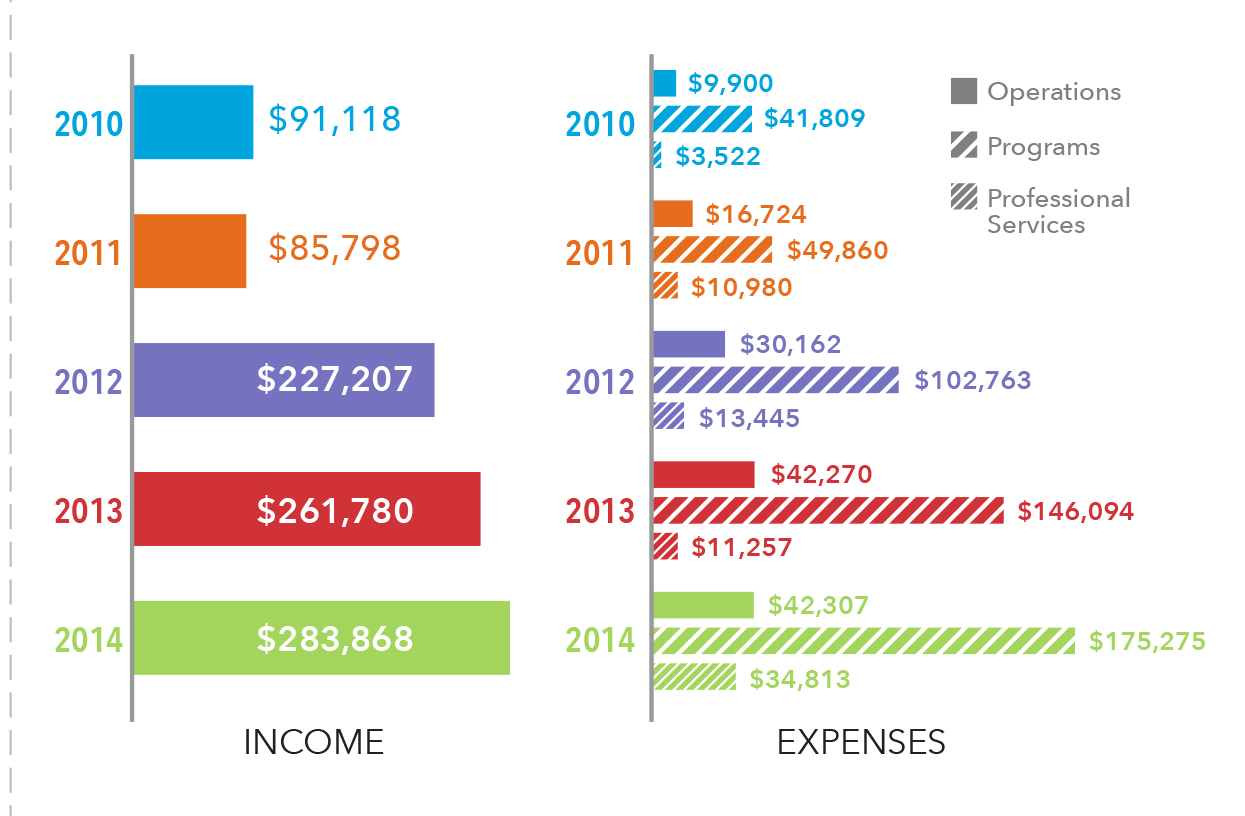 The LivableStreets' community is comprised of nearly 10,000 people throughout Metro Boston. These individuals are volunteers and donors; they participate in question campaigns and lead advocacy efforts in their neighborhoods. We are a diverse group of people united to make our community safer and more enjoyable for everyone. Join us-- become a member today! 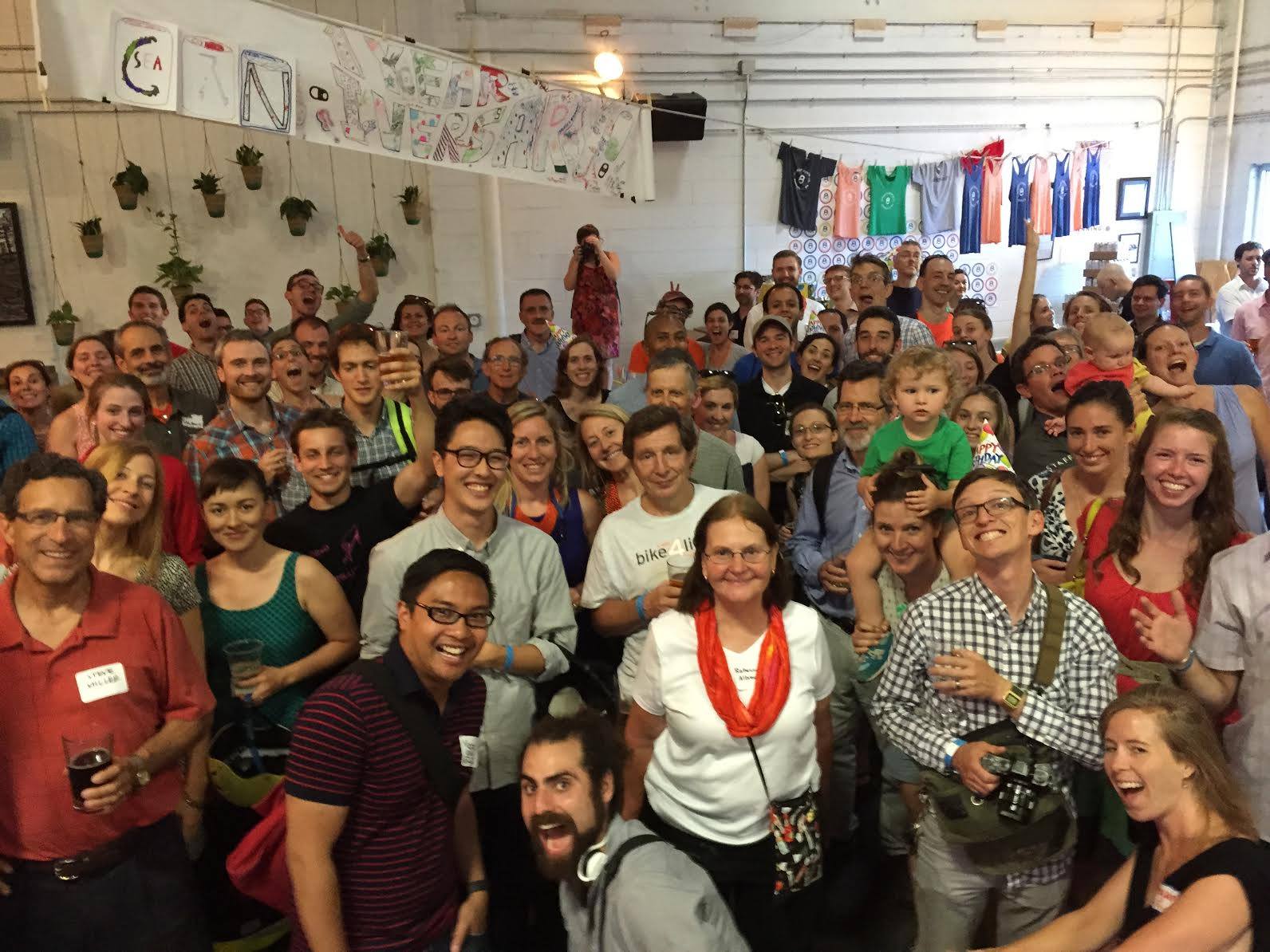 Today we have 4 full-time staff and our Advocacy Committee is engaged in more than 80 street projects. 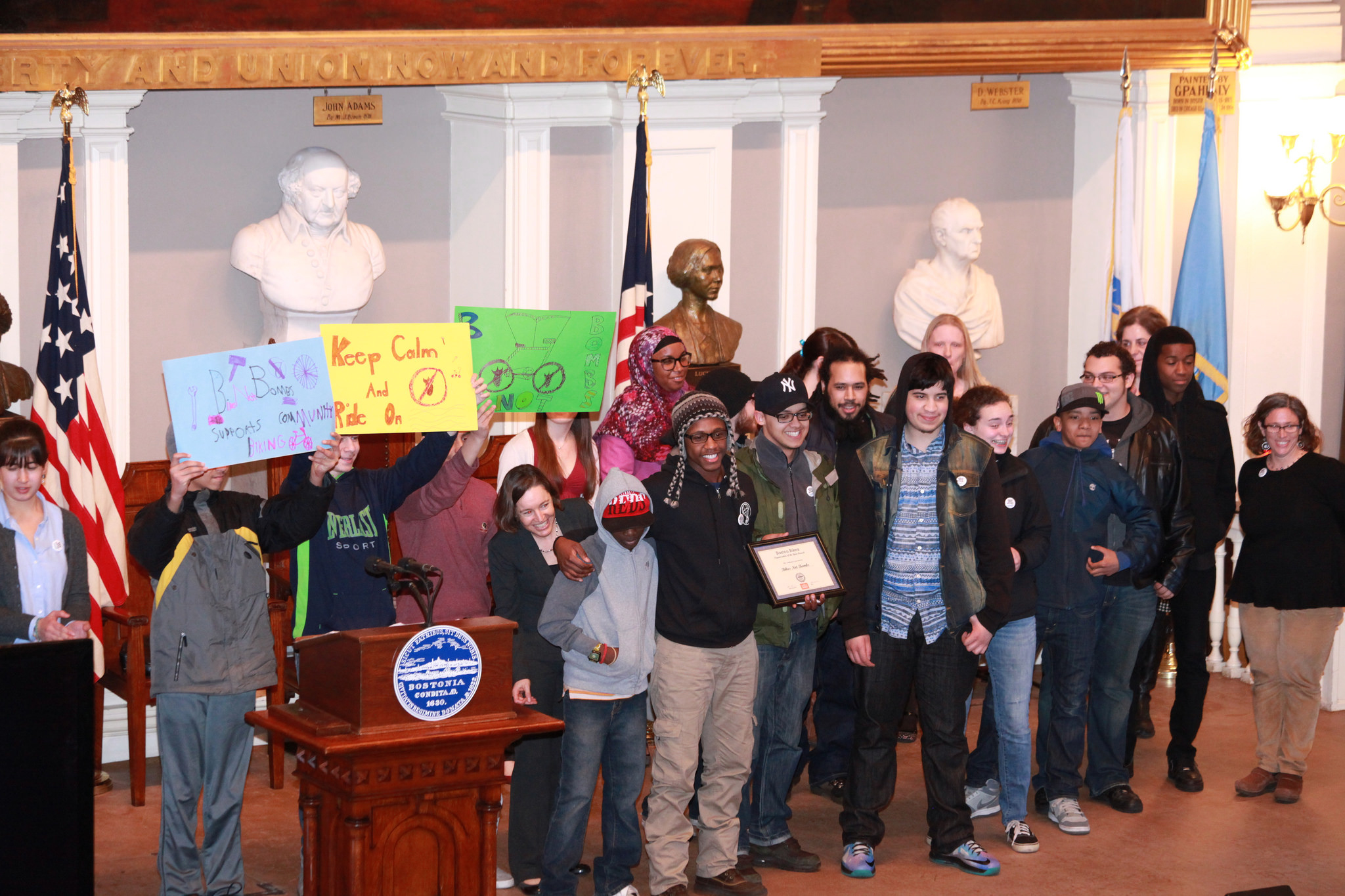 In 2009, we hosted Enrique Penalosa for a series of public events. Over the course of the last decade we have held dozens of StreetTalks, spreading new transportation ideas to thousands of people in Metro Boston. 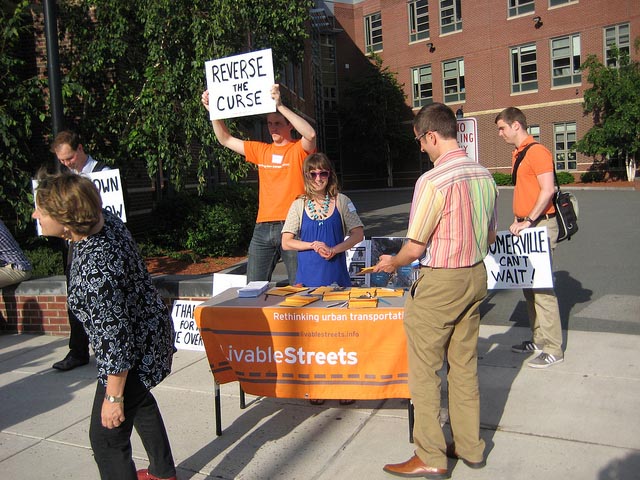 The Neighborhoods Not Highways Campaign resulted in significant interim improvements for the McCarthy overpass and grounded the McGrath study. We are using this successful approach to rethink I-90 today. 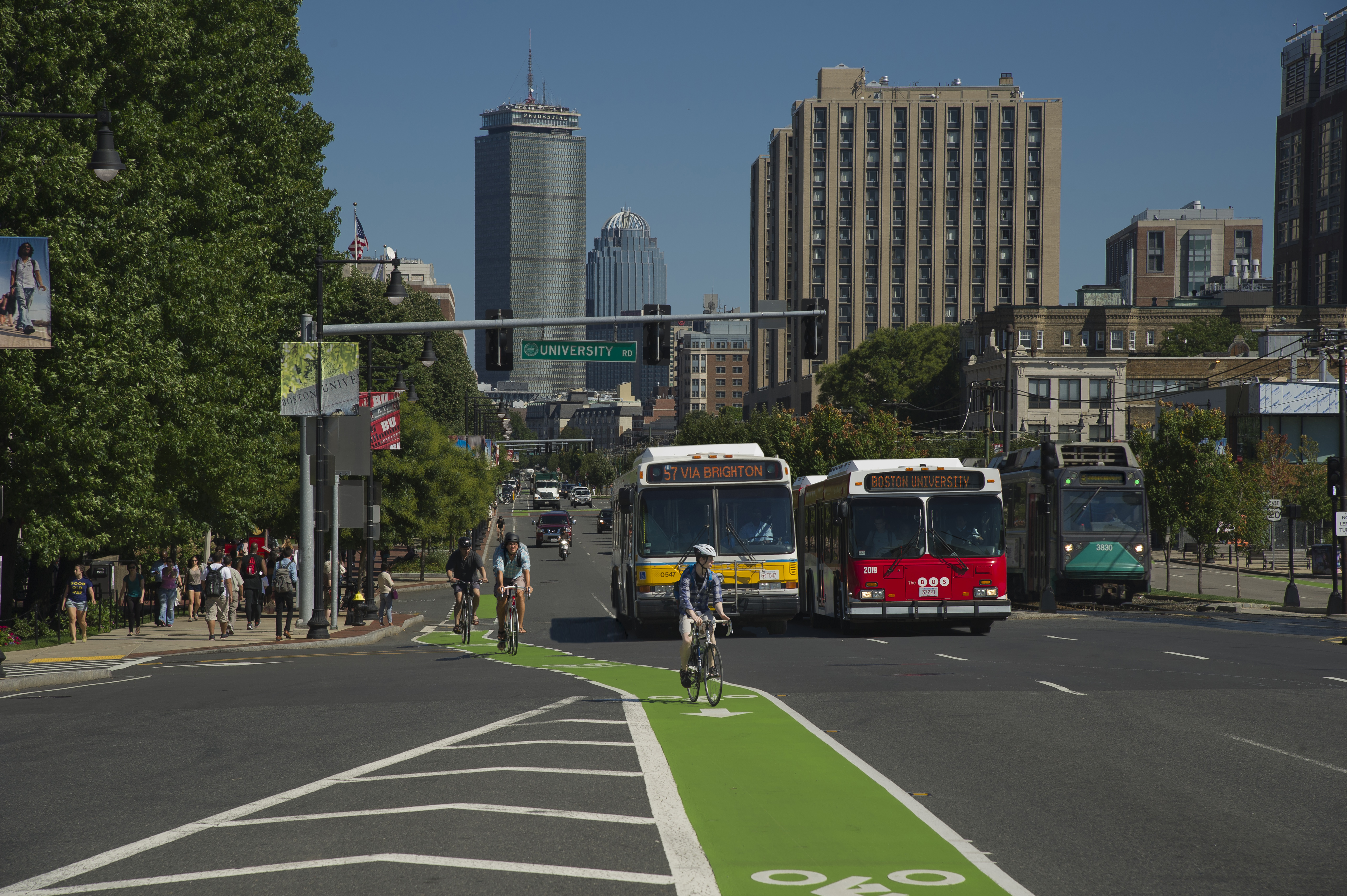 We partnered with the Boston Cyclists' Union, WalkBoston, MassBike, BU Bikes and hundreds of individuals to win a complete streets design for Commonwealth Avenue. Building alliances is core to our success. 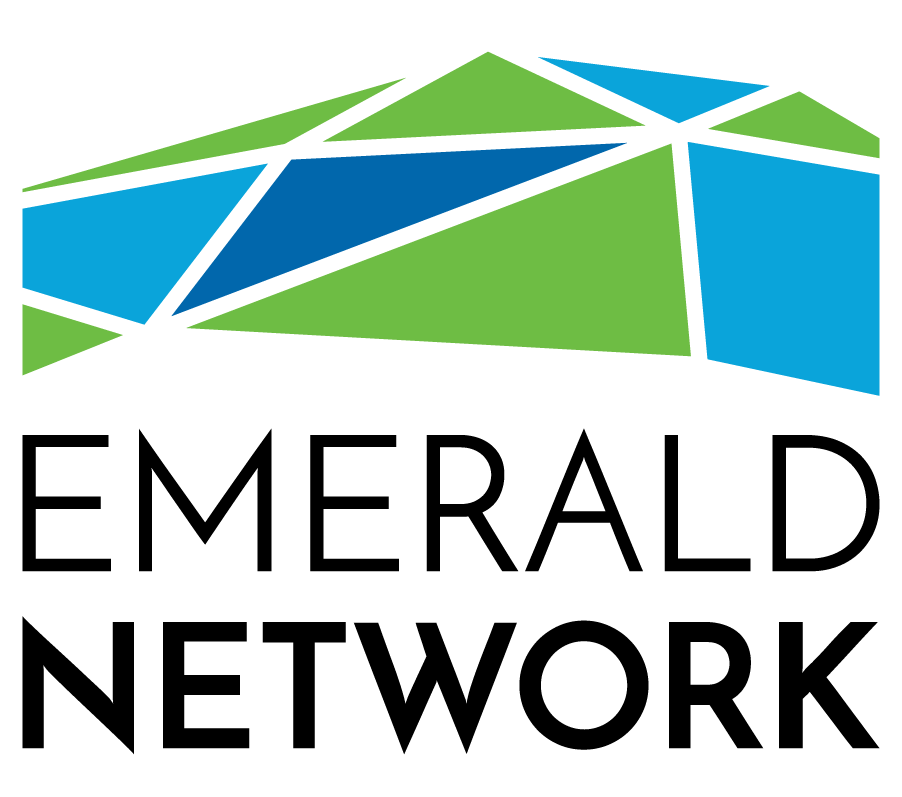 This initiative advances the vision of a seamless 200-mile Emerald Network of paths across the Metro Boston area, creating an active transportation and recreation system to meet contemporary needs. 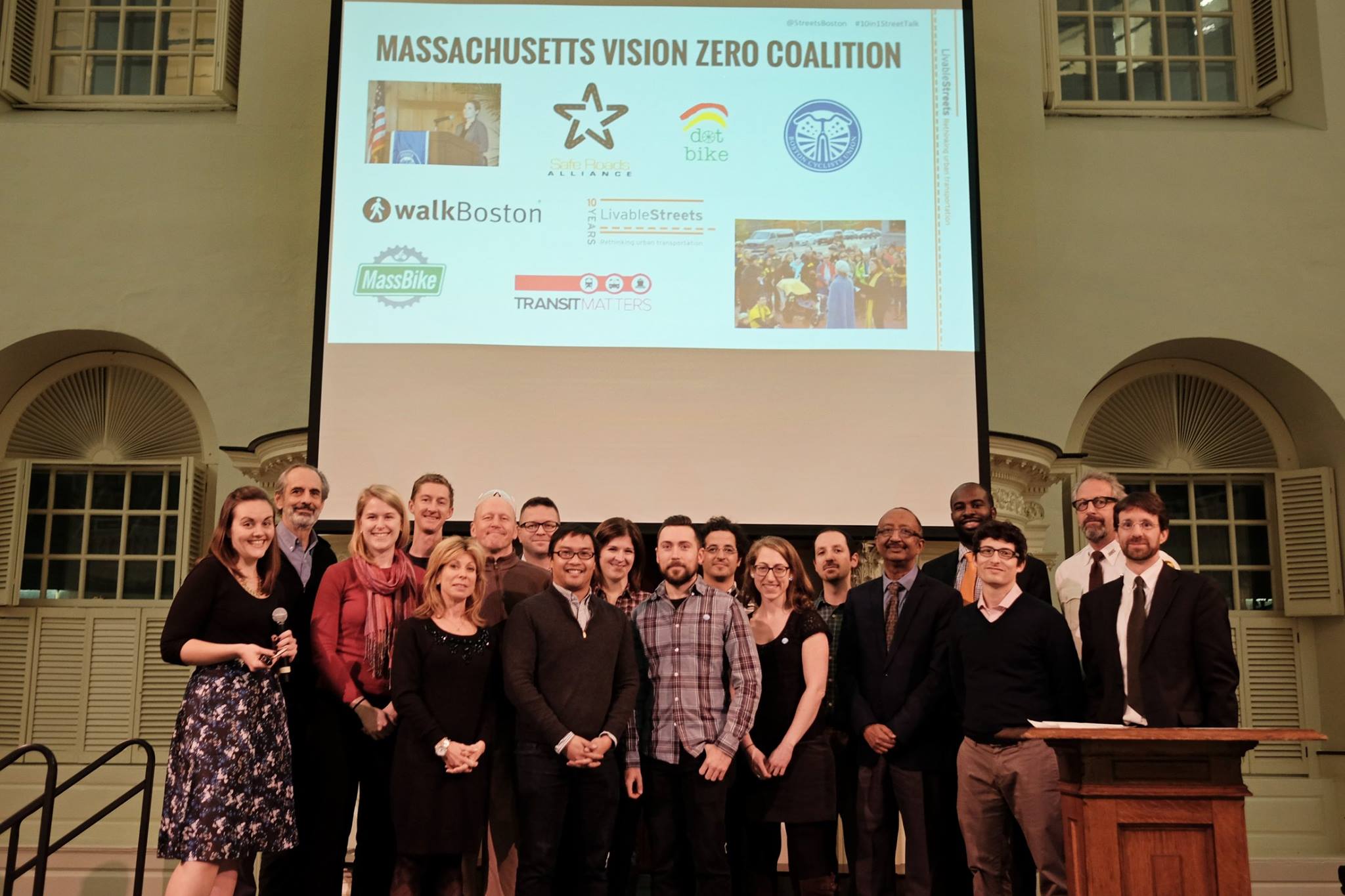 A commitment is just the beginning. We are actively working with dozens of other organizations and individuals to ensure the city's action plan measurably reduces crashes on our streets through the newly formed Massachusetts Vision Zero Coalition.