The overhaul of Interstate 90 at the Mass Pike Allston interchange is a once-in-a-lifetime opportunity to redistribute space using multi-modal transportation as a blueprint for development and placemaking.

A big win for the People's Pike! MassDOT has announced a final design for the I-90 Allston Interchange that includes putting the Massachusetts Turnpike at ground level in Allston and elevating a section of Soldiers Field Road along the Charles River onto a new viaduct above the highway. These changes will free up land for a new train station and dozens of acres of new development by Harvard University, as well as create a wider band of green space along the river. Read State Secretary of Transportation Stephanie Pollack's memo on her decision here.

In the original plan, the state had planned to keep the highway on a viaduct but agreed to consider other options at the insistence of neighbors and advocates who preferred it be rebuilt at ground level.

Stay tuned for updates as we continue to work with our partners and the state to push for West Station and enhanced ground level connections for people walking and biking.

"The Pike straightening isn't a highway construction project. It's an economic development project...It is the first step that's needed to unlock 140 acres of surrounding land for new development." 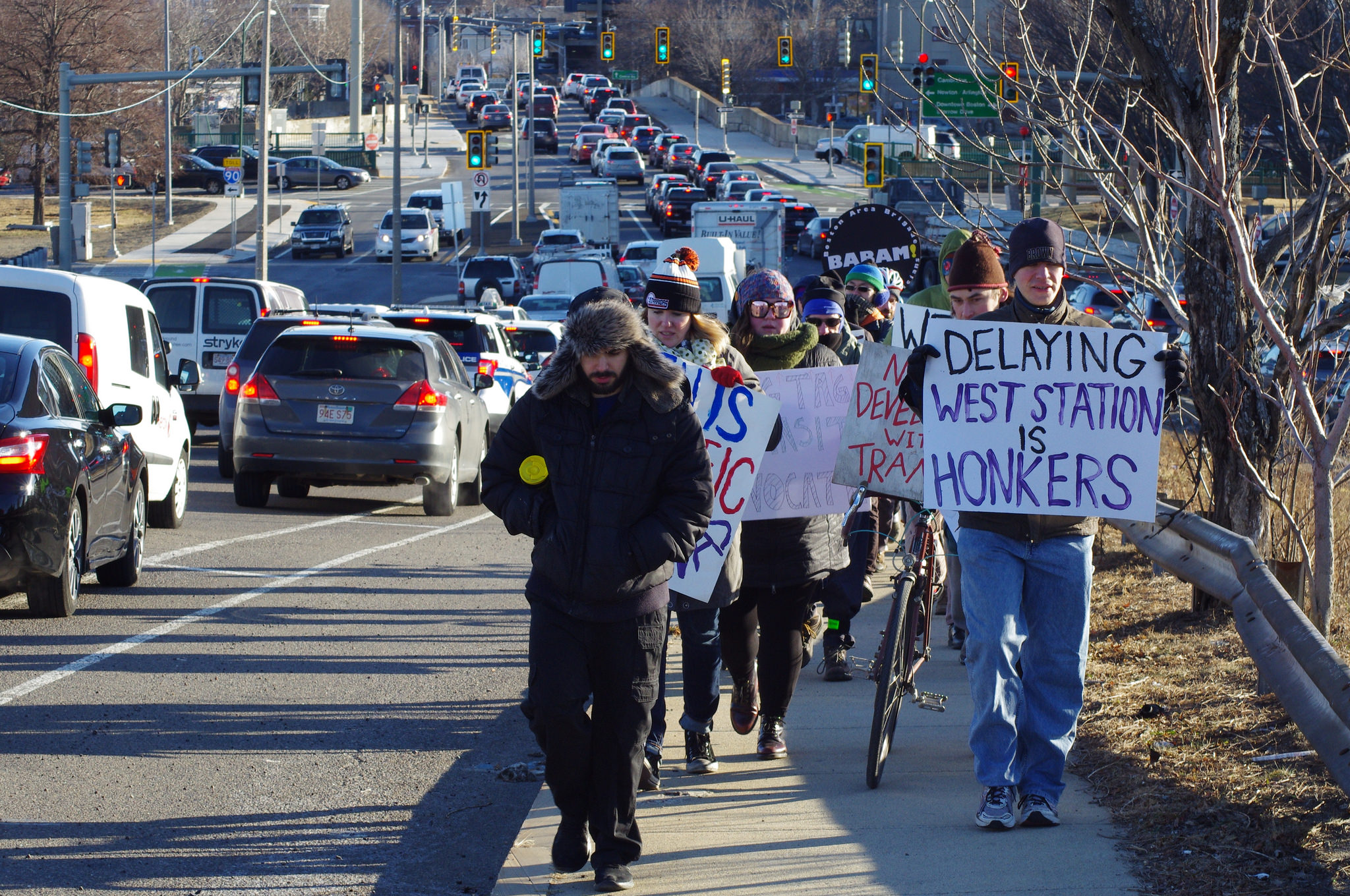 "If done right, the narrowest, nastiest, and noisiest thread of Charles River parklands could be transformed into the Allston Esplanade, the next great civic space in Boston."

A Win for the Peoples Pike

MassDOT announces a final design for the I-90 Allston Interchange that includes putting the Massachusetts Turnpike at ground level in Allston and elevating a section of Soldiers Field Road along the Charles River onto a new viaduct above the highway. In the original plan, the state had planned to keep the highway on a viaduct but agreed to consider other options at the insistence of neighbors and advocates who preferred it be rebuilt at ground level.

Deadline to submit comments on the I-90 DEIR to Secretary of Energy and Environmental Affairs, Matthew Beaton. LivableStreets encourages advocates and supporters to write letters. LivableStreets also submits a letter of comment on behalf of the organization.

LivableStreets organizes a "Transit Not Traffic" Rally during the AM commute by the I-90 overpass.

Harvard University offers to nearly double its financial contribution to $58 million for the construction of West Station in a letter to the Department of Transportation aimed at accelerating their plans. Harvard wants some of its contribution to fund an interim version of the station for open by the mid-2020s.

MassDOT filed a Draft Environmental Impact Report (DEIR). The document makes public MassDOT’s plan to postpone the construction of West Station until 2040 and their reconstruction proposals fail to create a park-like riverfront with adequate pedestrian and bike paths.

A group of Allston residents and advocacy organizations, including LivableStreets, host a community meeting about the I-90 Allston project.

LivableStreets continues to push for a project design that will align with the neighborhood's vision: connecting a green, modern, and multi-modal Allston.

MassDOT begins drafting an Environmental Impact Report that will examine and compare all 3 of the designs put forward.

With influence from advocates, MassDOT recontracts the Boston Redevelopment Authority to conduct a placemaking study of the area.

All Hands on Deck

MassDOT invites 45 local and regional stakeholders to join a task force to help determine how best to reimagine the I-90 Allston area.

With the I-90 Allston viaduct nearing the end of its useful lifespan and all electronic tolling to replace toll booths on the Mass Pike, MassDOT looks to realign the interchange and reshape more than 100 acres. 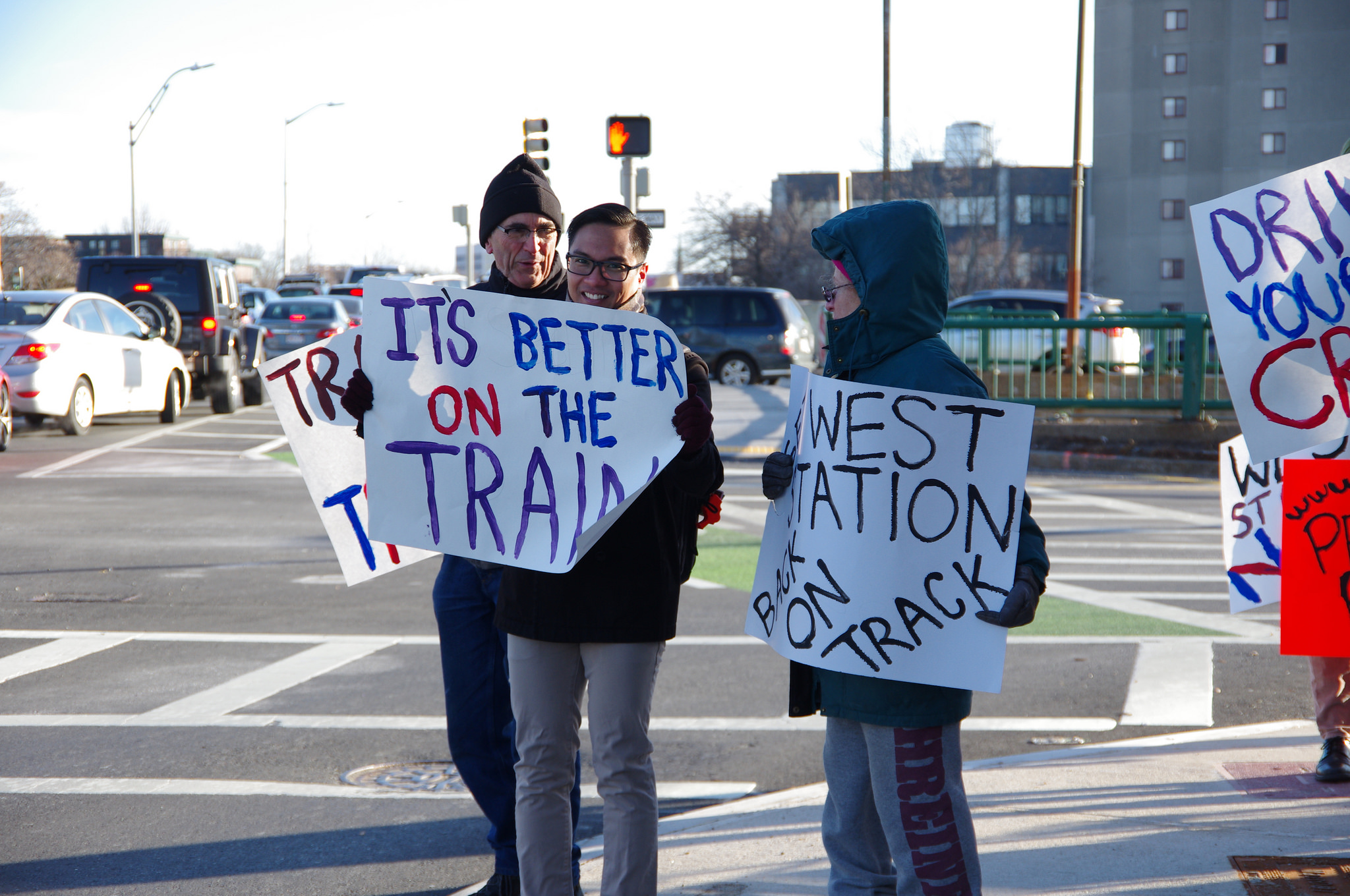 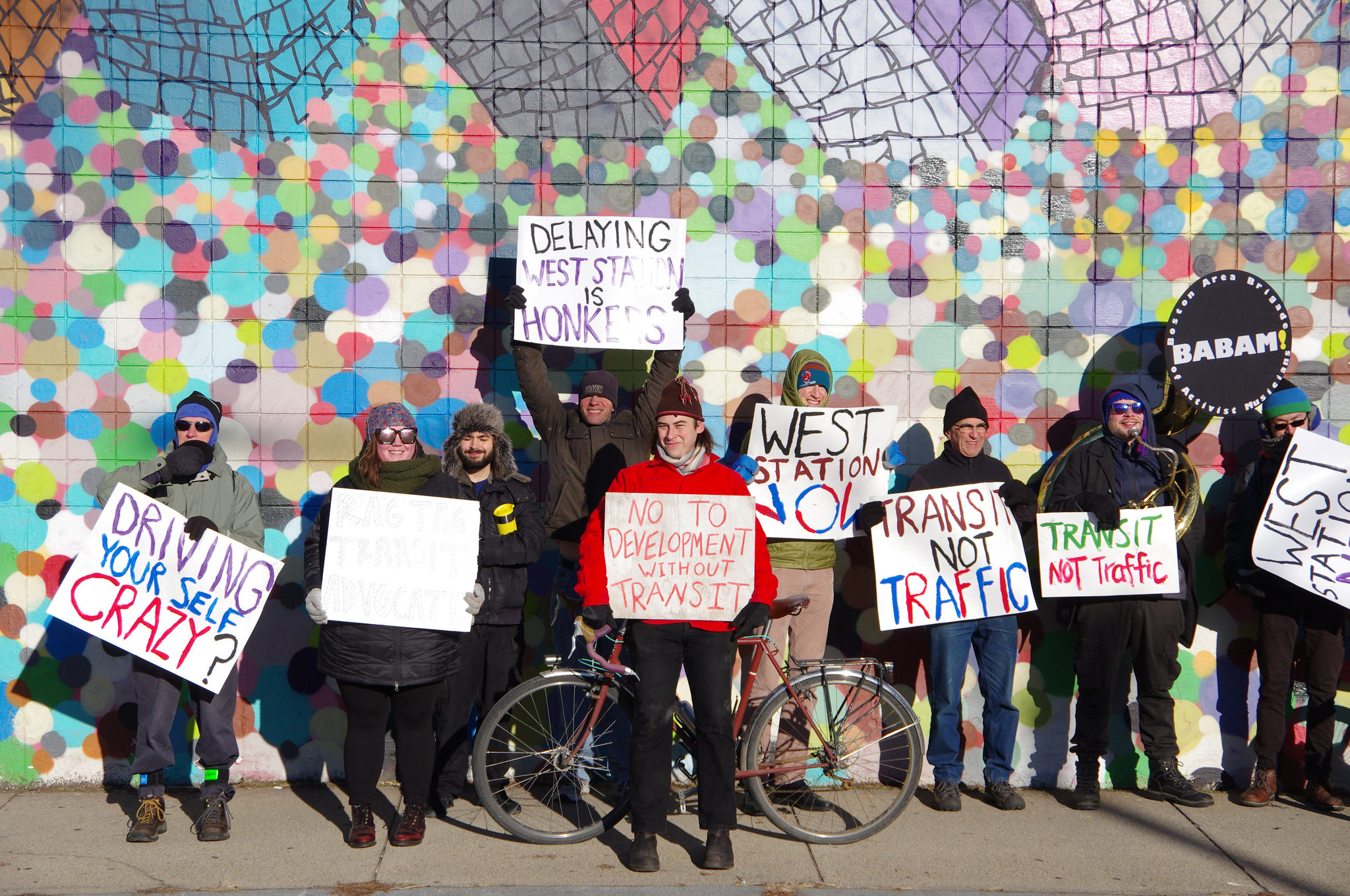