Almost two years after the launch of Go Boston 2030, it's not clear what progress the City of Boston has made toward reaching the access, safety, and reliability goals laid out in the plan.

Today LivableStreets is pleased to announce that we will be building an accountability framework in order to evaluate the City's progress on implementation of the plan, made possible through generous funding from the Barr Foundation. Through this process, we will solicit input from community members and stakeholders, produce a public report, and host two public events in order to share our findings. Throughout 2019, we will be asking for feedback from LivableStreets members and other stakeholders on the accountability framework and progress report. A final version of the report will be released to the public in the spring of 2020.

LivableStreets will be committed to reviewing the City's performance every two years to ensure public accountability in reaching its Go Boston 2030 goals. The biannual report is intended to provide the public with a barometer with which to measure and understand the City's progress. The reports will also help the City recognize any gaps and improve their results.

The City of Boston released its Go Boston 2030 Vision and Action Plan in March 2017, an unprecedented roadmap for the region’s mobility future. This ambitious plan encapsulates our vision for a Boston where streets are safe, equitable, and vibrant places for people.

The future of Boston is in your hands. Here are a few ways you can help us make this plan a reality: 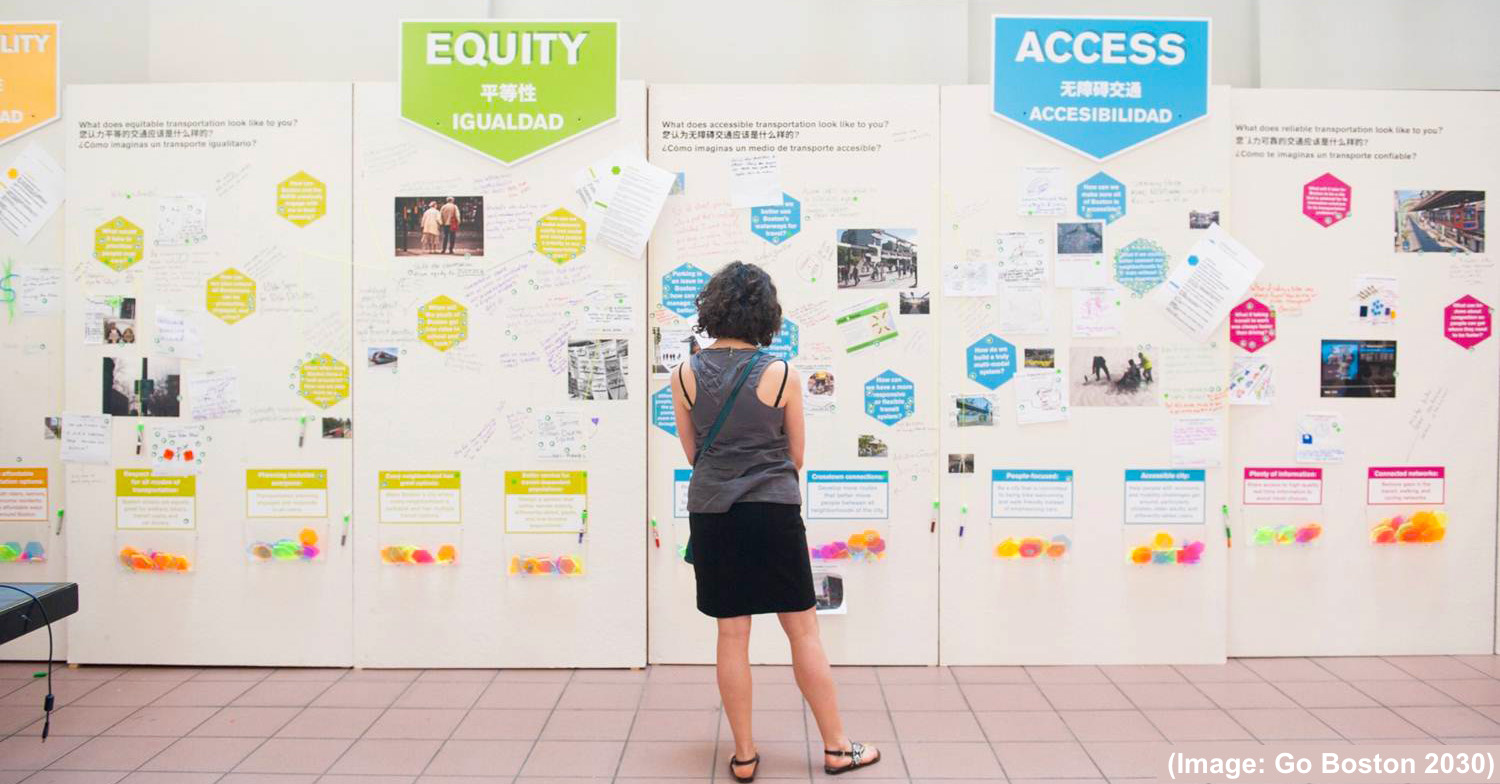 “What we really wanted to do is open the process to people we might not have had a chance to encounter....In many cases, we found out, they hadn't been engaged in any city processes. For them, it was a real eye-opener.”

“For decades, the response to Boston's lack of real progress in traffic planning has often been something like: 'What do you expect? Our roads were built on cow paths, not a traffic grid.' Given today's technology and innovative thinking, that stock answer no longer holds."

Here are some key proposals LivableStreets is especially excited to see included:

Volunteer as a Street Ambassador this spring and help build support for Go Boston 2030 projects and policies. RSVP now for an upcoming training sessions! Click here to learn more.