Getting Boston on Board

Boston’s transit system is in crisis, and nowhere is that more evident than on the bus. Over the past few years, we’ve witnessed a rising trend of Boston riders ditching the bus in favor of other modes. Between 2015 and 2016 alone, there was an 8% decrease in overall bus ridership – the highest rate of decline across MBTA services.

If Boston is serious about expanding access to affordable housing, economic opportunity, and services for those who need them most, decision-makers need to be investing in the bus. Our report, Getting Boston on Board outlines the first steps the City of Boston should take to make fast, meaningful improvements to our transit system in the next one to four years.

Read some of our key findings below. You can download the full report here. 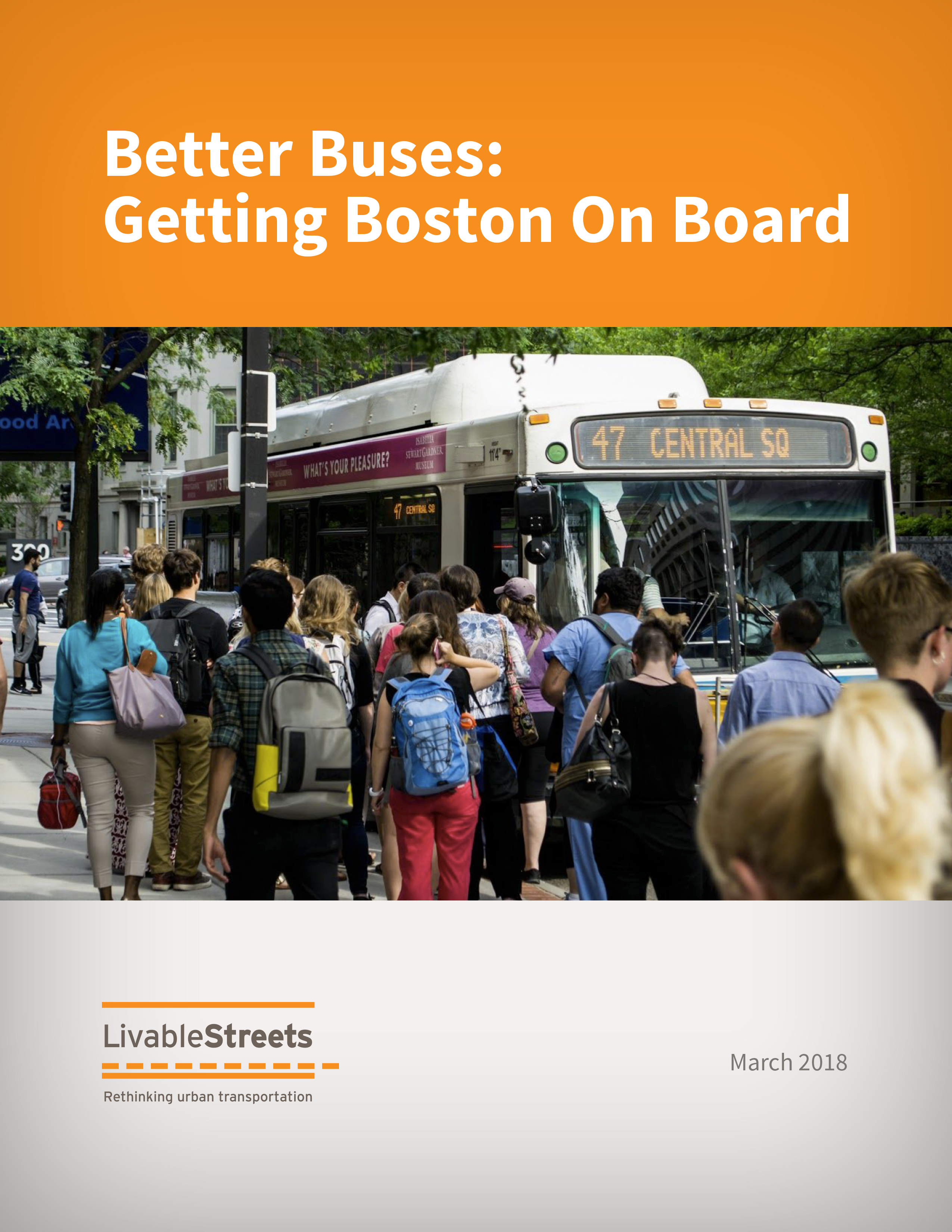 LivableStreets worked with a committee of community partners representing public health, higher education, economic development, and fellow advocates to shape policy recommendations for the City of Boston. If implemented, these cost-effective measures would shorten travel times for commuters experiencing some of the longest delays and encourage more riders to get on board the bus. 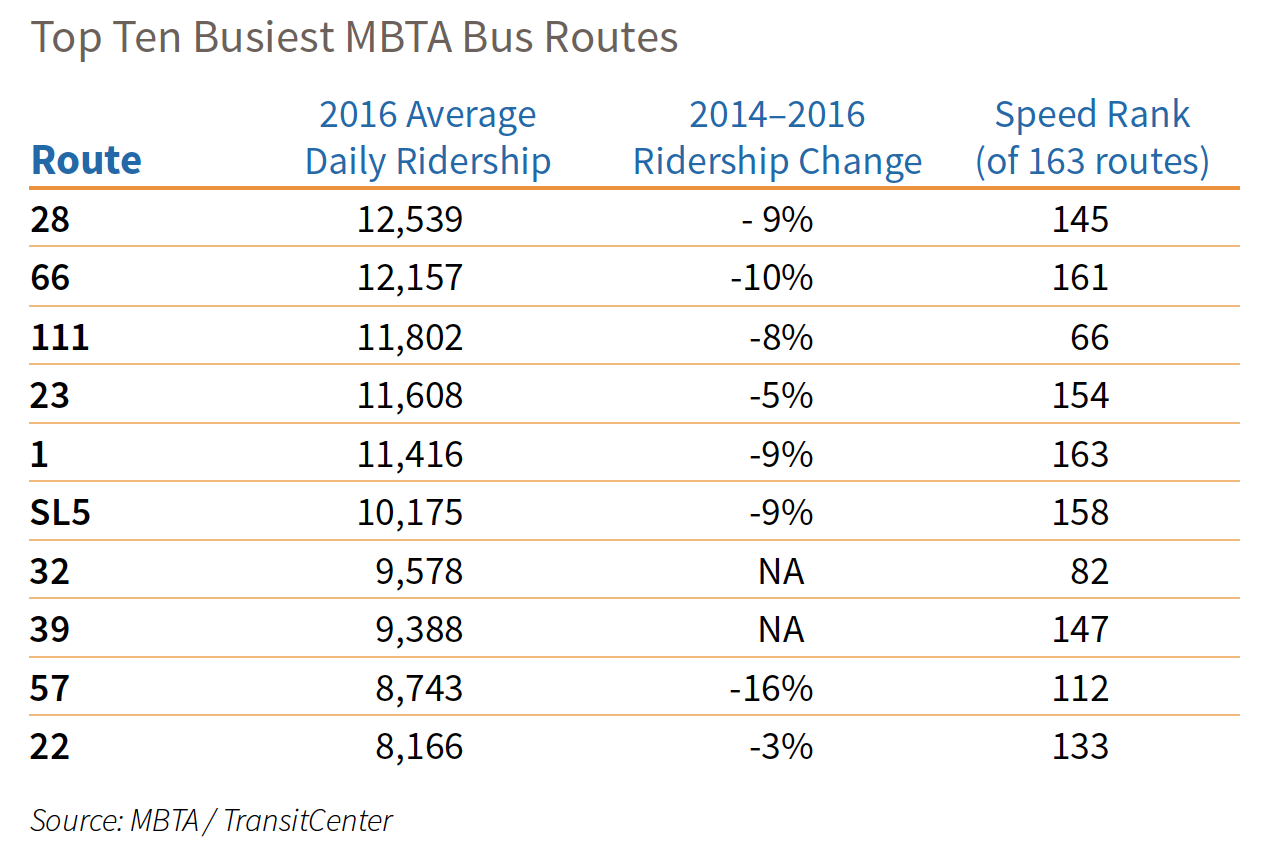 WHAT RIDERS ARE SAYING

Throughout 2017, LivableStreets led and worked on several public engagement campaigns to reach out to bus riders in the Longwood Area, Downtown, the South End, Roxbury, and Roslindale. With the help of volunteer Street Ambassadors, LivableStreets spent hundred of hours at bus stops listening to riders’ experiences, challenges and concerns. The following comments illustrate the stress and frustration riders continue to face throughout Boston: 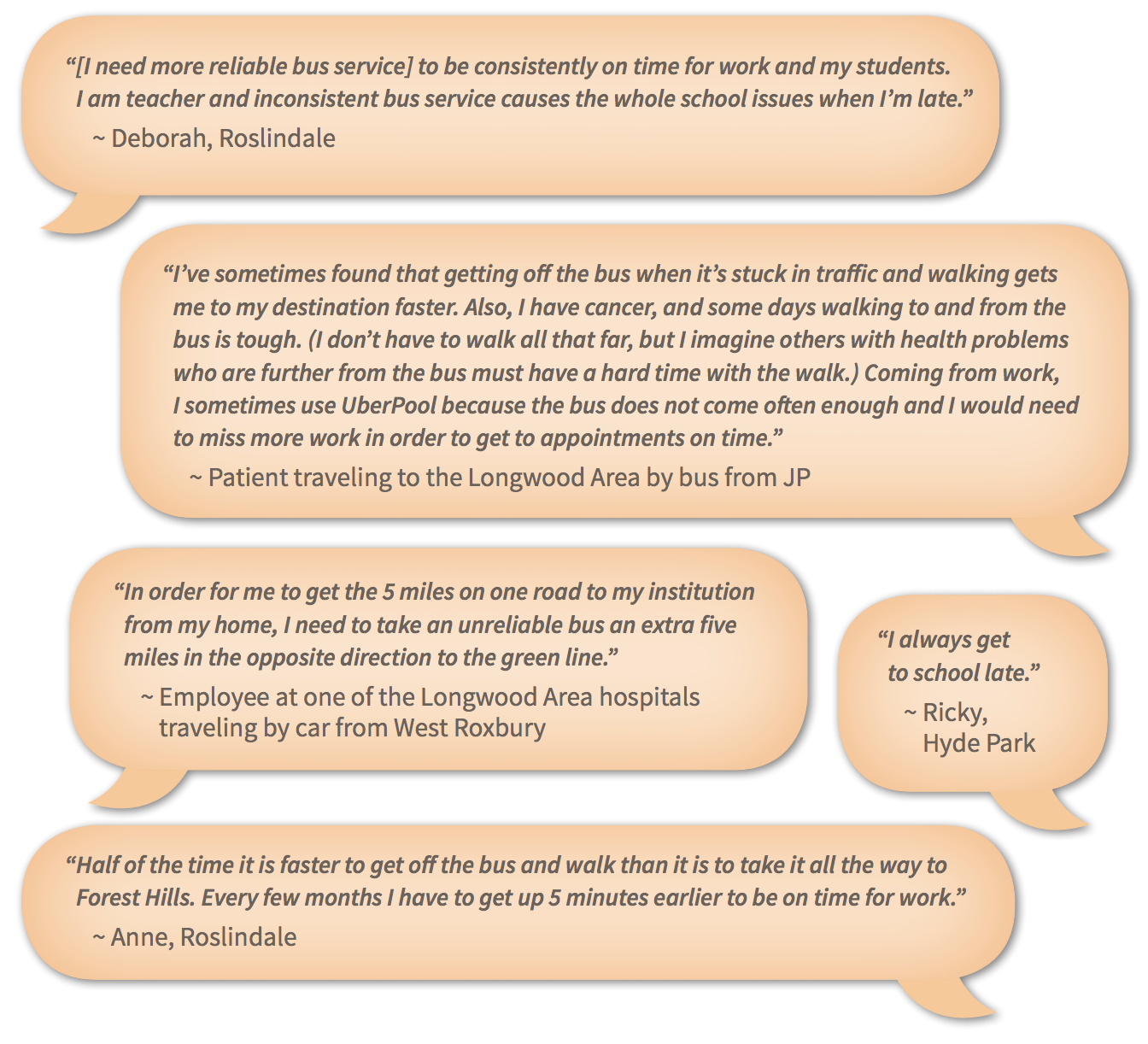 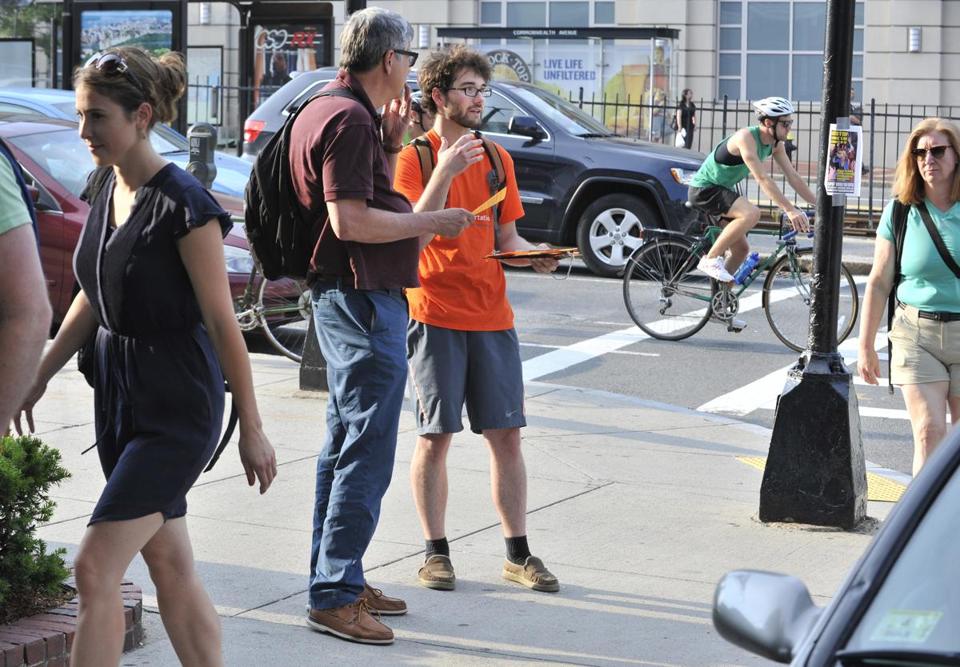