When Charlie Denison moved to Allston from Western MA in 2004, he was thrilled to find all of the different ways people could choose to get around in the city. But his budding romance with public transportation was not without complications. Says Charlie: “I really embraced not using my car for most trips, yet I was often frustrated at how unreliable or unsafe my other options were.”

Although Charlie works in software development by day, a strong interest in transportation and urban planning led him to join the LivableStreets Board in 2006. With a strong eye for detail and an unmatched ability to keep multiple public meetings and projects on his radar at all times, Charlie soon took the helm of the Advocacy Committee. He’s chaired the committee for almost a decade and estimates he’s written more than 50 comment letters. “Being a part of LivableStreets helped me to understand why most cities are so car-oriented,” says Charlie. "I also realized that passionate citizens have the power to change that paradigm, making moving people the priority rather than vehicles.” 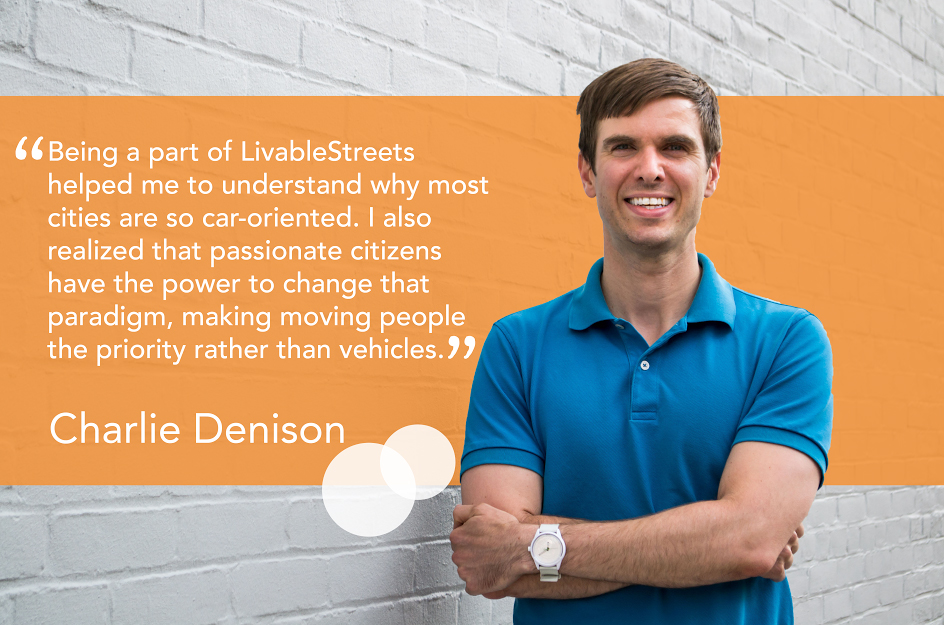 In 2016 Charlie and the Advocacy Committee tracked over 90 street projects in 29 different neighborhoods across Metro Boston. The committee also developed an online project tracker to help members and the public easily track progress. The Rutherford Ave/Sullivan Square re-design is one project that Charlie has followed for over eight years. During the most recent round of public meetings, his historical knowledge came in handy as he educated those newer to the project on when and how certain decisions were made. This leadership helped to create a more unified voice among advocates in the Charlestown community, pushing the City towards some changes that will create a more people-friendly design for Rutherford Ave/Sullivan Square.

While Charlie sees some progress being made, it’s still easy to spot the many cracks. He says one of his strongest memories from Tour de Streets was helping to escort one of the younger participants as he rode his bike across an on-ramp entrance to I-95:

The design is almost entirely based on car capacity and speed when it is clear that the roadway will at some point intersect with city streets where people are walking or biking. This moment was a prime example of why we need to do better when it comes to planning and designing these interchanges. We should be asking questions like "How can we make this street as safe and comfortable as possible for everyone?" and "How can we make this street work better for the quality of life and success of the residents and businesses along it?" 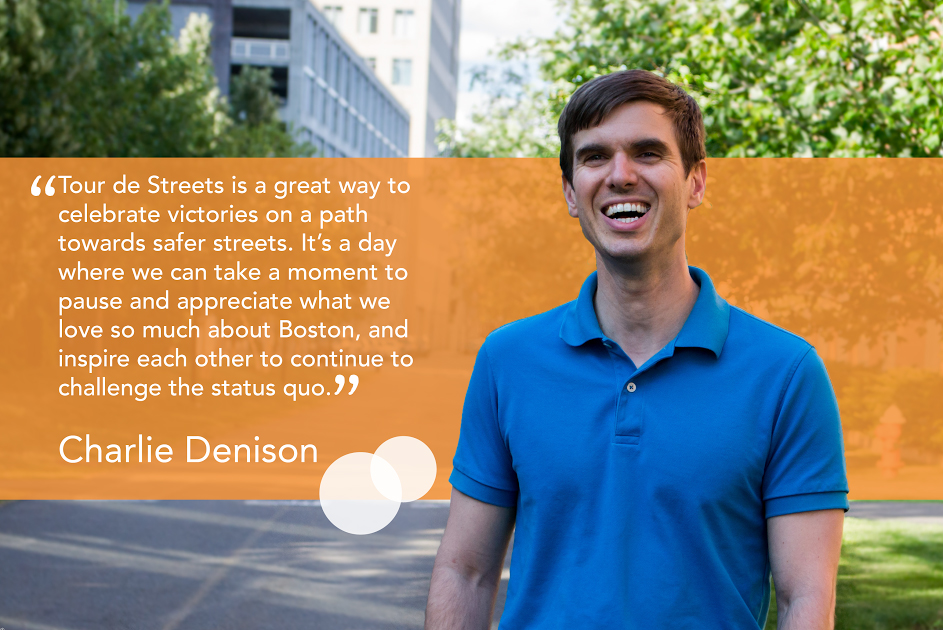 Charlie loves volunteering at Tour de Streets. He says: “Tour de Streets is a great way to celebrate victories on a path towards safer streets. It's a day where we can take a moment to pause and appreciate what we love so much about Boston, and inspire each other to continue to challenge the status quo.”