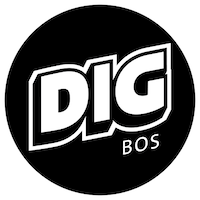 Under lame-duck Baker, agencies “still not asking questions like ones we might ask—they’re making an assumption that fares will continue to be a large portion of revenue.”

As the MBTA prepares to launch a massive study of its fare policies—paying private contractors nearly $1 million to recommend potential changes—transit advocates are questioning why the outgoing Baker administration is setting goals for the T and are urging the agency to pump the brakes until the next governor takes over.

“Should we just wait a month or two to spend this money wisely, on the goals of the administration that people elect in November?” said Stacy Thompson, the Executive Director of LiveableStreets Alliance. “There’s a question of politics.”

“What’s the impetus for doing this now versus waiting five months?” said Peter Wilson, senior advisor for Transportation For Massachusetts, a coalition of more than 100 stakeholder organizations. “I don’t want them to spend $850,000 on a project that the next administration finds inadequate for policy. If details don’t align with what the current candidates are putting forward, how useful will that be when they’re in office?”

Gov. Charlie Baker has come under heavy criticism for his oversight of the MBTA in recent months, with the Federal Transit Administration releasing scathing audits blasting safety at the agency following numerous crashes and a dragging death earlier this year. Baker is not running for reelection this year; following last week’s primary, Democratic nominee Maura Healey will face Republican nominee Geoff Diehl in the general election.

Whoever wins in November will find a fare review policy already underway. The MBTA and MassDOT recently put out a bid asking for consultants to lead an 18-month fare policy review, at a price tag of $850,000, with submissions due this week. Consultants will look at the current system and compare it to fares set by other US transit agencies and international ones as well, and also hold public hearings about fares and use MassDOT data to model alternate plans before proposing changes.

The request for proposals reads: “Potential improvements recommended in this component should seek to improve the experience of MBTA riders, shift travel from autos to transit, improve the financial sustainability of MBTA operations, and improve equitable access to opportunities in Massachusetts.”

“The fare policy review study will assess the MBTA’s fare structure in the context of alternative policy and pricing options employed in Massachusetts, across the US, and internationally. The goal of this work is to provide a strong foundation on which MBTA staff and elected officials can make decisions about the future of MBTA fare policy,” MBTA Joe Pesaturo said in response to questions. “This review will be broader and more far-reaching than any specific policy proposal. While the work may take place across two administrations, we view this analysis as an important high-level prerequisite that can inform a variety of potential future fare changes, regardless of the specific leadership direction of future administrations.”

One of the study’s goals is to create a simpler fare structure, according to the scope, which notes that the T has more than 100 different price points across its subway and train systems. Transit advocates have backed fare changes, with Boston Mayor Michelle Wu piloting fare-free buses in the city and pushing for changes to the Commuter Rail’s zone policy.

“We hope the MBTA takes this opportunity to reimagine how fares can improve rider experience and how to restructure the fare system so that it’s clear to all riders,” a Wu spokesperson said in response to questions about the study. “While the city looks into the feasibility of expanding fare-free transit, we would be supportive of any measure to lower MBTA fares especially for low-income riders, expanding opportunities for Boston’s residents to get to work, school, and appointments.”

But the contractors will also have to assess “the technological feasibility of implementing the proposed fare policy changes” under the MBTA’s ongoing switchover to the new AFC 2.0 fare collection system—which itself is already costing nearly a billion dollars.

T officials have said the Automated Fare Collection 2.0 program will make it easier for riders to pay fares, including by using smartphones. But the cost of installing the new system has ballooned from $720 million to nearly $950 million and it is now expected to be done in 2024, instead of the original completion date of 2020.

Thompson of LiveableStreets said advocates questioned the decision to invest in AFC 2.0 in the first place, wanting the MBTA to make decisions based on long-term policy planning instead of jumping in on new technology. And she’s concerned the fare policy study comes from a similar place—that despite the study’s stated emphasis on simpler and equitable fares, it was tied to older assumptions and positions from the Baker administration.

“They’re still not asking questions like the ones we might ask—what are the cost benefits of making the entire bus system free?” Thompson said. “They’re making an assumption that fares will continue to be a large portion of revenue. A policy decision you make is often determined by the goals you set and the questions you ask. If the goals are equity, climate change, and accessibility, how do fares fit in or not fit into that?”

The public transit advocate continued: “The reality is [AFC 2.0] is a sunk cost at this point, but how we use that tech is entirely up to the new administration? Are we trying to build policy around technology or build it around goals?”

“The glaring thing is the volatility of fare revenue as a source to fund the system,” Wilson, the Transportation For Massachusetts advisor, said. “I’d like to see more detail on impacts on the system and alternatives to relying on fares moving forward. … Promoting the system should be front and center, making a real push—how do you entice people to get on the system? What are the fare impacts?“

Wilson said that if incoming leadership wants to change the scope midway through the study, that will cost more money and add time to the review.

“A new governor or secretary or GM might have a different vision or direction they want to move things in—why do this four months before the administration turns over? The change to the scope of the work is an additional cost—let’s make sure the product is what the folks who are going to be in charge for the next four years want it to be. I don’t think hitting pause on this is the worst thing ever.”

Thompson said Healey’s transportation plan supports low-income fares and unlimited bus transfers along with a pathway to fare-free buses—items not mentioned in the current fare policy review. A spokesperson for Healey said the candidate had no comment about the study and whether it should be delayed, but Diehl called for the contract to be held back.

“As governor, I’m committed to making sure the MBTA is safe, reliable, and affordable for all who use it,” Diehl said. “From day one, I will demand greater accountability and better results. Spending nearly a million dollars on a fare study right now, with widespread system closures still in-place and with a change of administration looming, seems like the wrong approach.”

This article is syndicated by the MassWire news service of the Boston Institute for Nonprofit Journalism. If you want to see more reporting like this, make a contribution at givetobinj.org.