Register today for StreetTalk 10-in-1

Hear from some of the best and brightest in Boston’s transportation world at LivableStreets’ StreetTalk 10-in-1. Additionally, the Massachusetts Vision Zero Coalition will be releasing the first Vision Zero Boston Progress Report at this event. You won’t want to miss it! Register today!

Thanks for participating in World Day of Remembrance 2016

Thank you to everyone who participated in the second annual World Day of Remembrance. LivableStreets worked with the Massachusetts Vision Zero Coalition to place #crashnotaccident victim cut-outs at crash sites around the Boston area, in addition to organizing a memorial ride, walk, and vigil in remembrance of traffic violence victims.

Reflecting upon the millions of people around the world and hundreds here in Massachusetts affected by traffic violence, Rev. Laura Everett led the vigil and invited victims and their loved ones to share their stories of loss. In support of World Day of Remembrance, the City of Boston and MassDOT lit City Hall and the Zakim Bridge yellow. Check out photos on our Flickr page.

We’re fast approaching the end of 2016, and this upcoming Tuesday, November 29th, is Giving Tuesday. We are lucky to have many supportive and engaged members, which is why we’ve rolled out our Other Ways to Donate webpage, which outlines how you can further your commitment, whether it’s by becoming a member, recommending grants, or supporting businesses that support us!

We are thrilled that Boston voters overwhelmingly supported Question 5, the Community Preservation Act, in this month’s election. This will provide direct funding for affordable housing, historic preservation, parks, and open spaces -- an estimated $20 million each year in the City of Boston. The CPA will help accelerate LivableStreets’ work, especially our Emerald Network initiative.

The City of Boston has announced its first draft of Imagine Boston 2030, the city’s first master plan in 50 years. An integral component of the plan is fostering open spaces, enhancing paths and greenways, and better connecting neighborhoods - all of which LivableStreets has advocated for through Emerald Network and other initiatives. Please provide feedback for this draft and voice support for these plan components!

LivableStreets has been working closely with fellow advocates and community activists to improve biking safety in Cambridge in the wake of recent fatal crashes. The City has announced that it will be conducting a temporary, protected bike lane demonstration on two sections of Mass Ave. We are also happy to announce that LivableStreets will be a part of the City of Cambridge’s Vision Zero Task Force. You can learn more in the City Manager's report.

Are you a budding advocate who wants to make your community more bike-friendly but aren't sure where to start? Our Vision Zero Coalition partner, MassBike, will be hosting an Advocacy Bootcamp on December 17th. The day-long session will feature speakers from local, state, and federal organizations, who will provide tips and resources to empower you as an advocate. Register today! 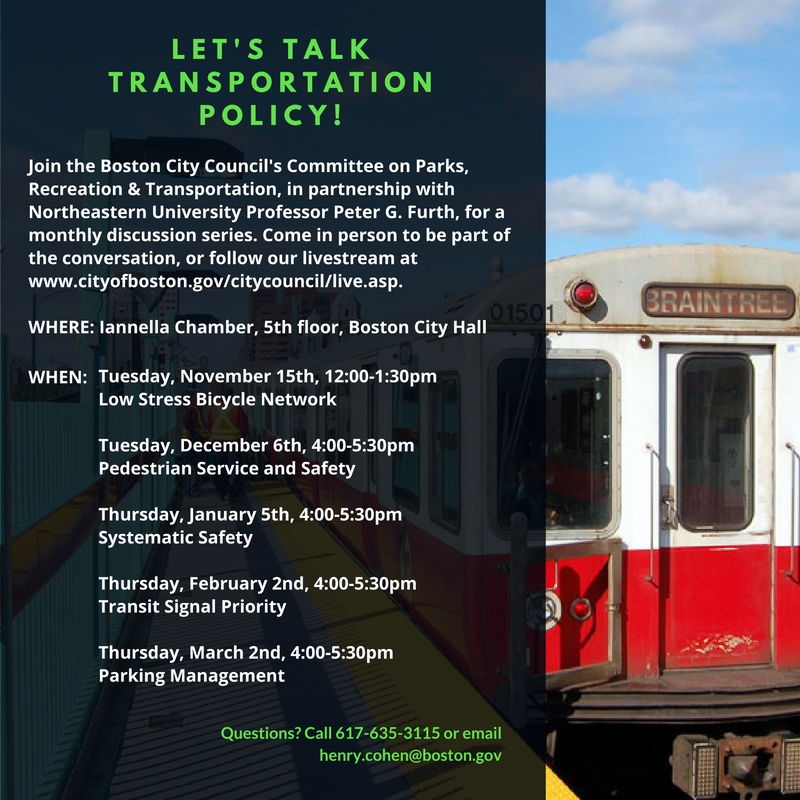 The Boston City Council’s Committee on Parks, Recreation & Transportation, in partnership with Northeastern University Prof. Peter Furth, is leading a monthly discussion series on transportation policy. The first talk addressed creating a low-stress bike network and featured our co-founder, Jeff Rosenblum! The upcoming discussion will be on Tuesday, December 6th on the topic of pedestrian service and safety. 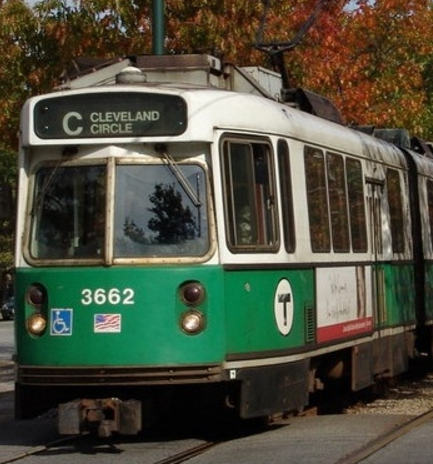 There have been a series of new developments with the Green Line Extension, including the appointment of a new project manager, and a meeting to review updates will be held December 7th. Speak up and remind MassDOT, the MBTA and the Governor that we need a fully functional Green Line Extension and the integrated Community Path project.