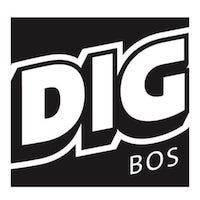 As Boston emerges from the worst effects of the COVID-19 pandemic, climate and environmental justice are unlikely to be top concerns for most Bostonians. But the immense regional and global impacts of the climate crisis are only getting worse, increasing race and class-based injustices in the process.

Out of the gate, Mayor Kim Janey has relied on a team of community organizers and advocates to focus her environmental policy around righting these injustices. Prior to taking office in late March, Janey appointed two community advocates to lead her transition sub-committee on Transportation and Climate Justice: Stacy Thompson, the executive director of Livable Streets Alliance, and Rev. Mariama White-Hammond, the founder of New Roots, an AME church that campaigns against gentrification and climate injustice.

“I think that Mayor Janey made it very clear from day one that equity and justice would be central to her work as acting mayor,” Thompson said about the transition process. “The goal truly was to bring a lot of community leaders together in very short order to get down to brass tacks about what this city really needs to get up and running over the summer. It was very focused and very centered on what she could do in this unique moment as acting mayor.”

The main, short-term environmental focus of the Janey administration has been to make sure that the effects of COVID-19 don’t compound with existing environmental injustices, as many of the worst effects of the virus have been felt by communities that are already threatened by air pollution and urban heat islands (where temperatures can get dangerously hot in the summer months).

Since taking office, Janey has appointed a Boston University environmental epidemiologist, Dr. Lindsey Butler, as her deputy chief of policy. From the transition team, White-Hammond has stayed on as Janey’s chief of environment, energy, and open space.

Community advocates are excited to see Butler in this role, and hope that her understanding of the connections between community health and the environment will help the city right environmental injustices. Butler recently received her Ph.D from the BU Department of Environmental Health, researching the impacts of climate change on community health in vulnerable populations.

“She is one of the most giving people to the cause that I’ve ever seen. For our young people she would do anything,” Noiles said.

While Janey was not the most vocal member of the City Council on climate and environmental issues, she seems to have been receptive to community concerns. When REEP and the Youth Justice and Power Union met with councilors to advocate that they move funds from policing to youth jobs, Janey immediately came to their side.

“There was no debate, there was no you have to convince me, it was full on, I’m here for the young people, I’m always down for what you all have to say,” said Noiles. “When it came time for the vote, everything she said in the meeting was everything she did.”

For the Environment, Energy, and Open Space Cabinet, White-Hammond has identified three immediate policy priorities: food justice, extreme heat, and green jobs. In a conversation we had last week, White-Hammond noted that with these goals, she hopes to make an immediate impact on the city.

“These are things that touch people’s lives in really tangible ways, every time you have to cook dinner, and every time you swelter,” she said. “I grew up in a house on the third floor with no air conditioning, and that was before climate change has gotten as bad as it is, so I know what that it means to deal with summer heat. We want to lean in on these very tangible things that folks are facing and go from there.”

She said that by increasing access to shady green spaces, the city can at least provide folks with somewhere to escape the worst of the summer heat, particularly as people continue to take precautions for the pandemic.

“As not everybody’s ready to go out, we need to make sure that we cannot lose a single person to baking in their homes,” she said. “That’s not what an equitable recovery looks like.”

For food justice, White-Hammond said she hopes to work alongside the Office of Health and Human Services and the Department of Neighborhood Development not just to increase food access, but to help people in the city grow more of their own food in community spaces. Part of White-Hammond’s strategy is to try to use these tangible issues with immediate impacts to increase engagement with other environmental programs.

“COVID is on everyone’s mind right now,” she said. “I think the best way to organize people is to meet them where they are.”

White-Hammond’s focus on green jobs is unsurprising, as she has done work promoting the Green New Deal resolution in the state, and co-headlined a 2019 Green New Deal Town Hall with Congresswoman Ayanna Pressley. Mayor Janey has also indicated her support for the Green New Deal, and joined the majority of the City Council in backing the federal plan that year. Notably, in her 2022 proposed budget, Mayor Janey has added a million dollars for green jobs training and support.

“We’re not gonna spend those million dollars just talking about what we hope might happen with green jobs,” White-Hammond said. “The same communities that have been burdened with pollution have also been burdened with unemployment, so it just makes sense to say, How can we engage you in the work to turn this around?”

Looking to the future, one major challenge the city is faced with is meeting (and hopefully exceeding) its commitments to reducing its greenhouse gas emissions. One key to doing this is by cutting emissions from buildings, and this has been longtime work of community climate activists, the Walsh administration, and now the Janey administration.

Large, older buildings are the city’s biggest source of emissions, and Janey looks to continue work done under Mayor Walsh to develop standards that increasingly limit emissions from these structures over time.

Wells-Bean is anxious to see the performance standards implemented.

“They’re sort of on the goal line, and we just need to get them over the goal line, through the City Council and signed by the mayor,” he said. “That’s one of the biggest things that we’re looking for right now.”

One significant step taken by the Janey administration was to voice strong opposition to a controversial proposed electrical substation in East Boston, located in a designated Environmental Justice Community along the banks of Chelsea Creek.

“It’s just the textbook definition of environmental injustice,” White-Hammond said in our conversation. “A community that’s had nearly a third of its land taken by the airport for the benefit of the entire region, and then has to live near jet fuel, and salt heaps, and heating oil, and parking lots for people to go to the airport, a community where many people don’t speak english as their first language. They’re asked to take on another environmental burden, and it’s just not right.”

The mayor’s vocal opposition to the substation outlines a stark switch from the Walsh administration, which actively ignored community attempts to shut down the substation’s construction. According to Janey’s team, the differences don’t stop there.

“I do also think we are putting equity more clearly at the center of the work,” White-Hammond said. “Not that it was lacking, it was there, it was one of the pieces that people were looking at. We want it to be the starting point of how we’re approaching the work.”

In her 2022 budget, Janey has proposed increasing funding to the city’s Environment Department, and along with her investment in green jobs, Boston would add $2 million for climate-resilient adaptations to existing projects, allocate an additional million for the Climate Ready Boston Harbor Study (looking at how the city can mitigate the worst effects of sea-level rise), and dedicate at least 10% of all new city funding towards climate resilient projects.

The administration also recently announced a new grant program that will provide funding for community initiatives to improve air quality, and seems to be bringing an intensified focus on public transportation compared to her predecessor.

“She doesn’t own a car, she does use transit to get around the city, and you know, one of her very first actions in her first week on the job was to show up to a press conference pushing on the MBTA to reduce the service cuts,” said Thompson of Livable Streets. “Of course Mayor Walsh spoke up for these kind of things, but I think Kim Janey’s emphasis and her prioritization of transit in particular is a result of her lived experiences and her understanding of what it means for the people of Boston”

Beyond comparisons to Walsh, Janey’s next few months will be under close watch with an upcoming election in which she faces competition from five other candidates. Early polling shows Janey and City Councilor Michelle Wu to be neck and neck, with nearly half of voters still undecided.

Wu has been particularly visible on environmental issues, and earned early endorsements from Elizabeth Warren and Sunrise Boston. Important to the Sunrise hub’s endorsement of Wu was a comprehensive “Boston Green New Deal” that she released this past summer.

For context, Wu’s campaign, which she launched way back in September, also currently has the second-most campaign cash on hand, behind fellow City Councilor Andrea Campbell. Janey, the most recent entrance to the race, has the fewest campaign funds in reserve of all candidates, but is currently raising at the fastest pace.

“I think Michelle Wu’s plan for a Green New Deal for Boston is very compelling, it’s really really interesting, and it remains to be seen whether Mayor Janey will be able to point to things that she is able to accomplish, saying that [Wu] has a plan, but I’ve been able to get things done as acting mayor. It’ll be really interesting to see how that discussion plays out,” Wells-Bean said.

For the current Janey administration, while many community advocates are so-far optimistic, as White-Hammond herself notes, implementation is where it gets tricky, and is also where the state has often fallen short. Despite those common hurdles, they hope that Janey will continue to follow through on her commitment to equity, and that she will govern by listening to the needs of the most vulnerable.

Just as Walsh was criticized for hollow plans to address the devastating and injust effects of the climate crisis, Janey will have to rapidly execute on her vision for the city if she is to fulfil the expectations and needs of the moment.

As stated in a message relayed to me by Noiles from the young community advocates in REEP, “Politics is politics no matter who sits in the seat. We’re very proud that Boston is making a change, but we know that the people need to be a part of the change too.”