We had record attendance at our 8th Annual StreetTalk 10-in-1 on December 4th, 2018, thank you to all who attended! We invited 10 innovative transportation and community thinkers from the Boston area, and across the country, to take the stage and share their big ideas. Attendees enjoyed 10 rapid-fire "TED"-style talks, with plenty of inspiration to be had!

Check out photos from this event! 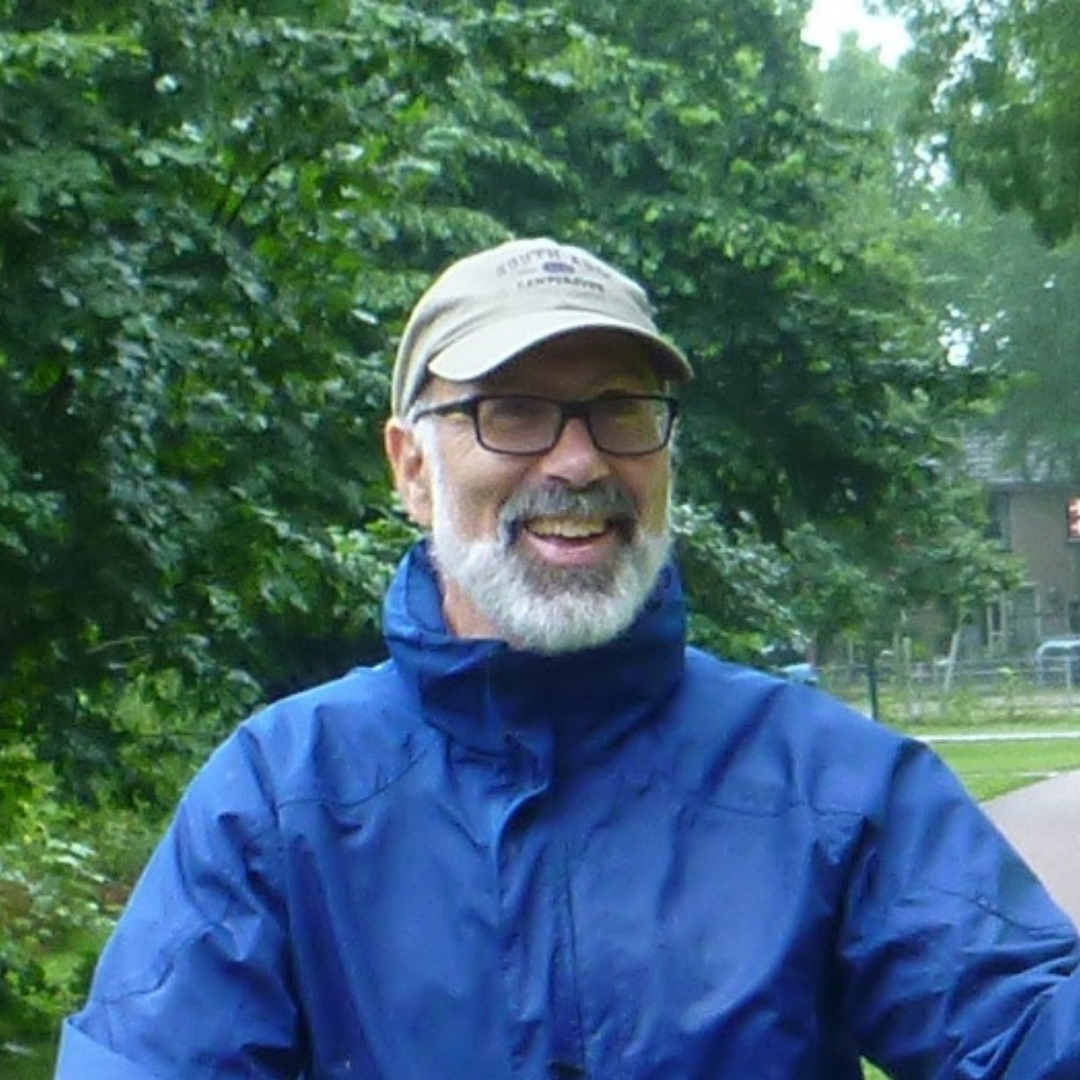 Peter is a Professor of Civil and Environmental Engineering, specializing in traffic engineering, public transportation planning, and bicycle transportation. He teaches regularly in the Netherlands and is familiar with Dutch practices in sustainable transportation including transit priority, Vision Zero traffic safety, and cycle track design. His research team has been mapped and analyzed the low-stress bike networks of several US cities including Boston. This presentation will address the questions, How many people have a low-stress bike route from home to work? How about home to a supermarket, or to high schools? How does accessibility differ by neighborhood? What bike network improvements will it take so that every neighborhood has good bike accessibility to destinations like work, school, shopping, and regional parks? 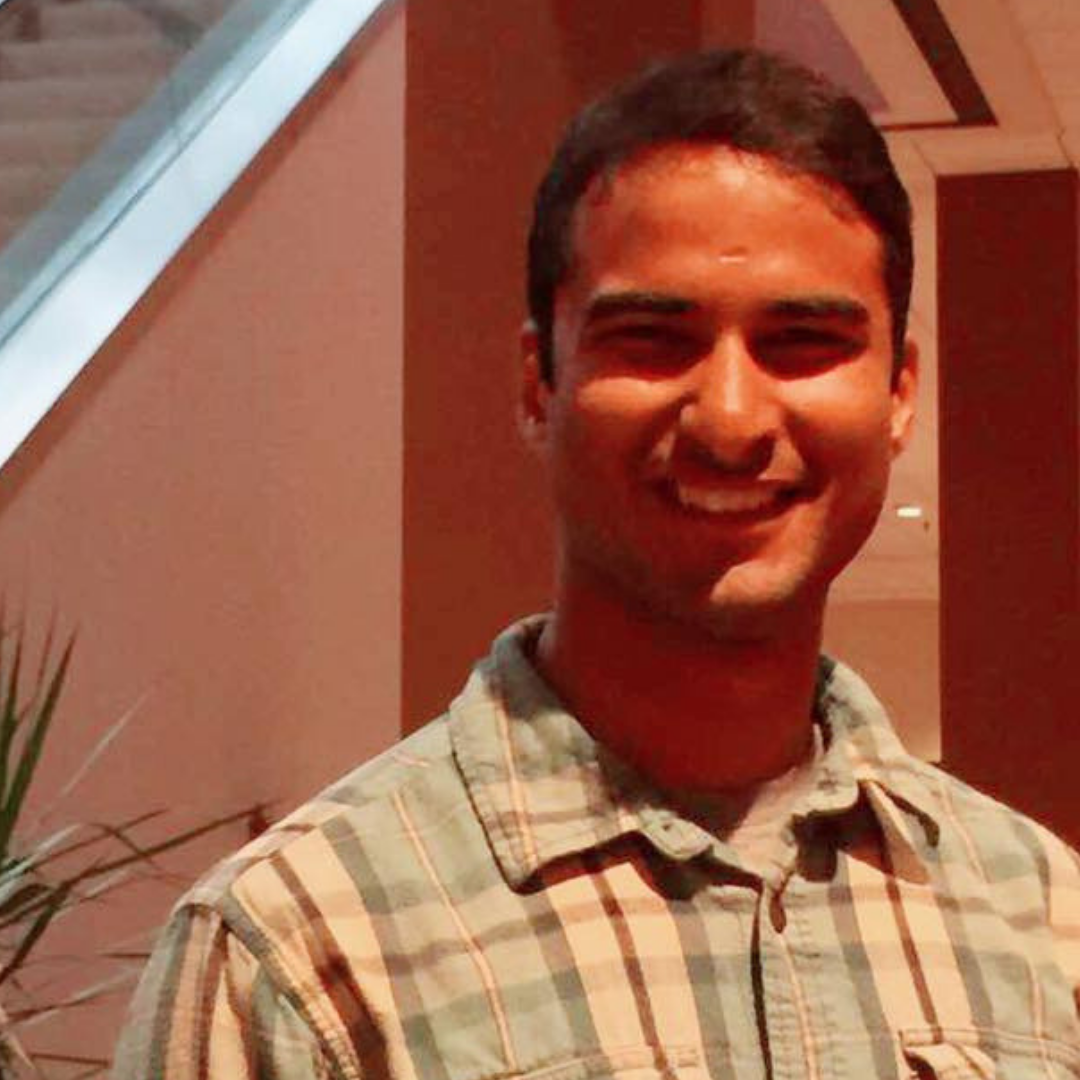 Theja is a Ph.D. candidate in Transportation Engineering at Northeastern University. Bicycling has been his primary mode of travel since he moved to Boston in 2012. In 2015, he started studying bicycle networks as a part of his graduate studies and has extensive experience in developing GIS-based tools to analyze bicycle networks. Theja also enjoys adventuring in the mountains and riding his bike to far off places. 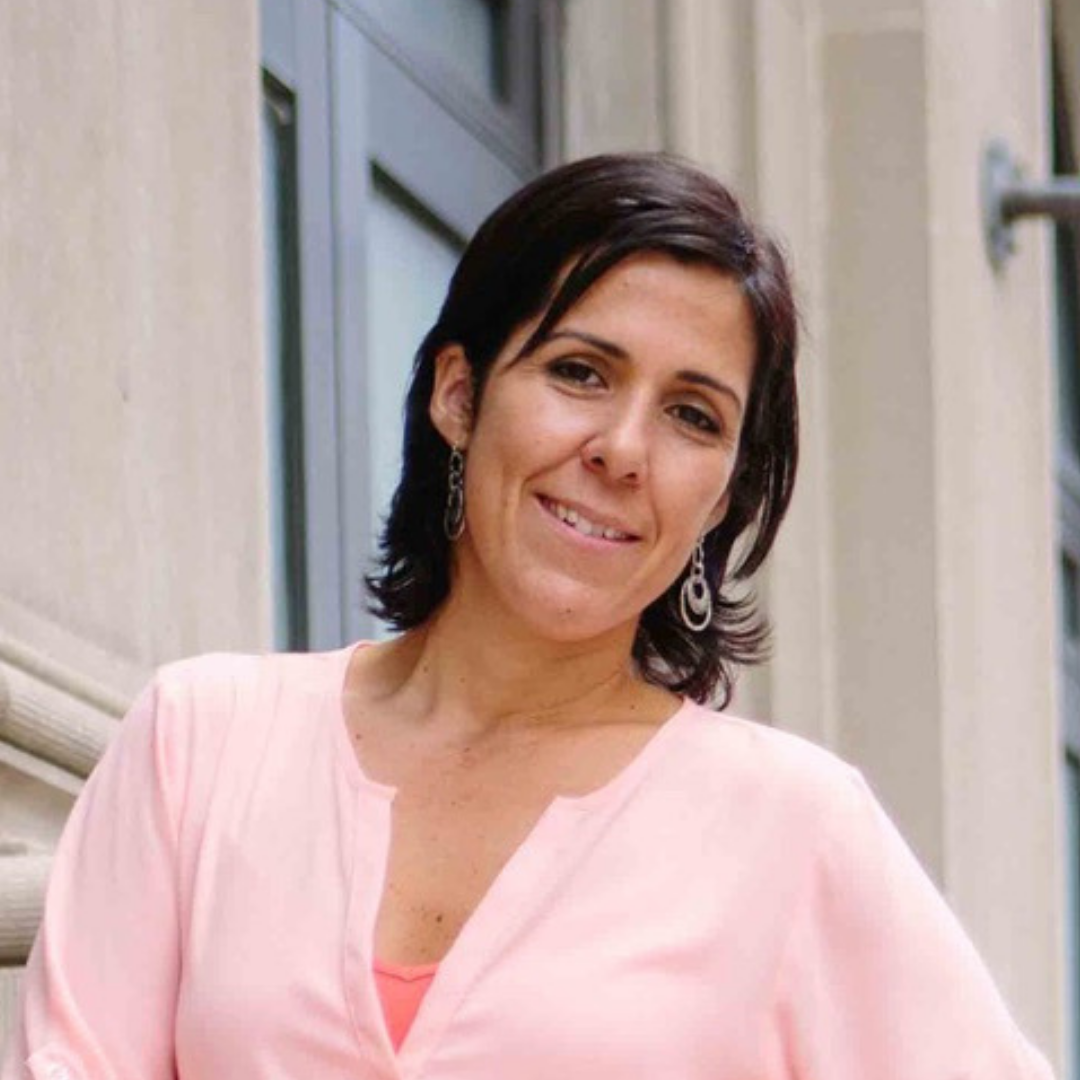 Marta Viciedo is the Founder and Chair of Transit Alliance Miami — the only non-profit in South Florida focused on data-driven advocacy and policy action for public transit and mobility improvements. Marta has helped the exceptionally talented Transit Alliance team put transit issues center stage, build critical relationships locally and nationally and gain momentum on actionable improvements. Marta is a native Miamian and social impact entrepreneur with a background in urban planning. 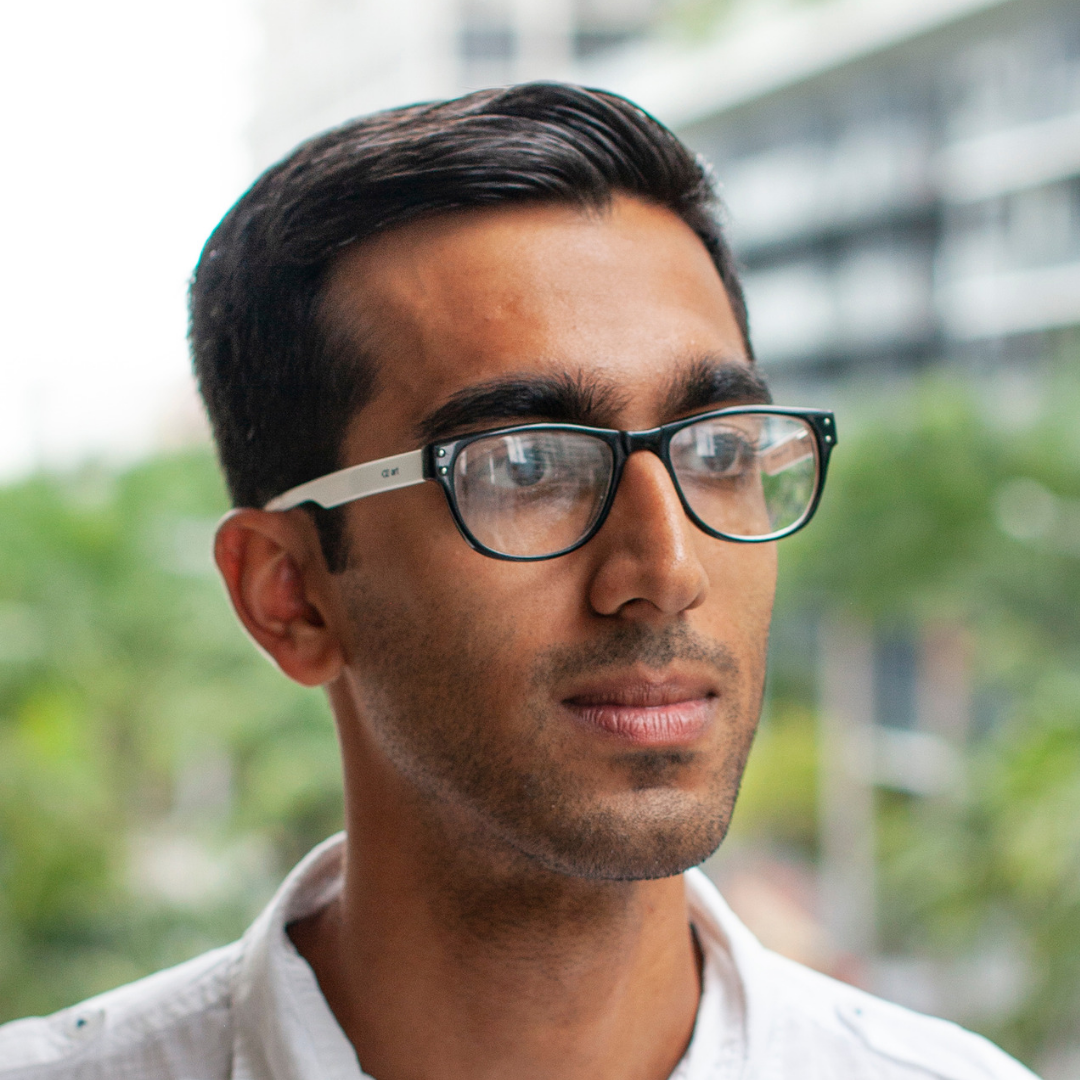 Azhar Chougle is the Director of Transit Alliance Miami. Since joining the organization, Transit Alliance has reversed $15 million in transit budget cuts through grassroots advocacy, created the world's first real-time transit audit for Miami's rail system, and launched a campaign designed to fix Miami's ailing bus system. Azhar comes from a creative background with expertise in branding, design, and coding and moved to Miami from New York City.

Older and Bolder: Where art, community, and activism come together 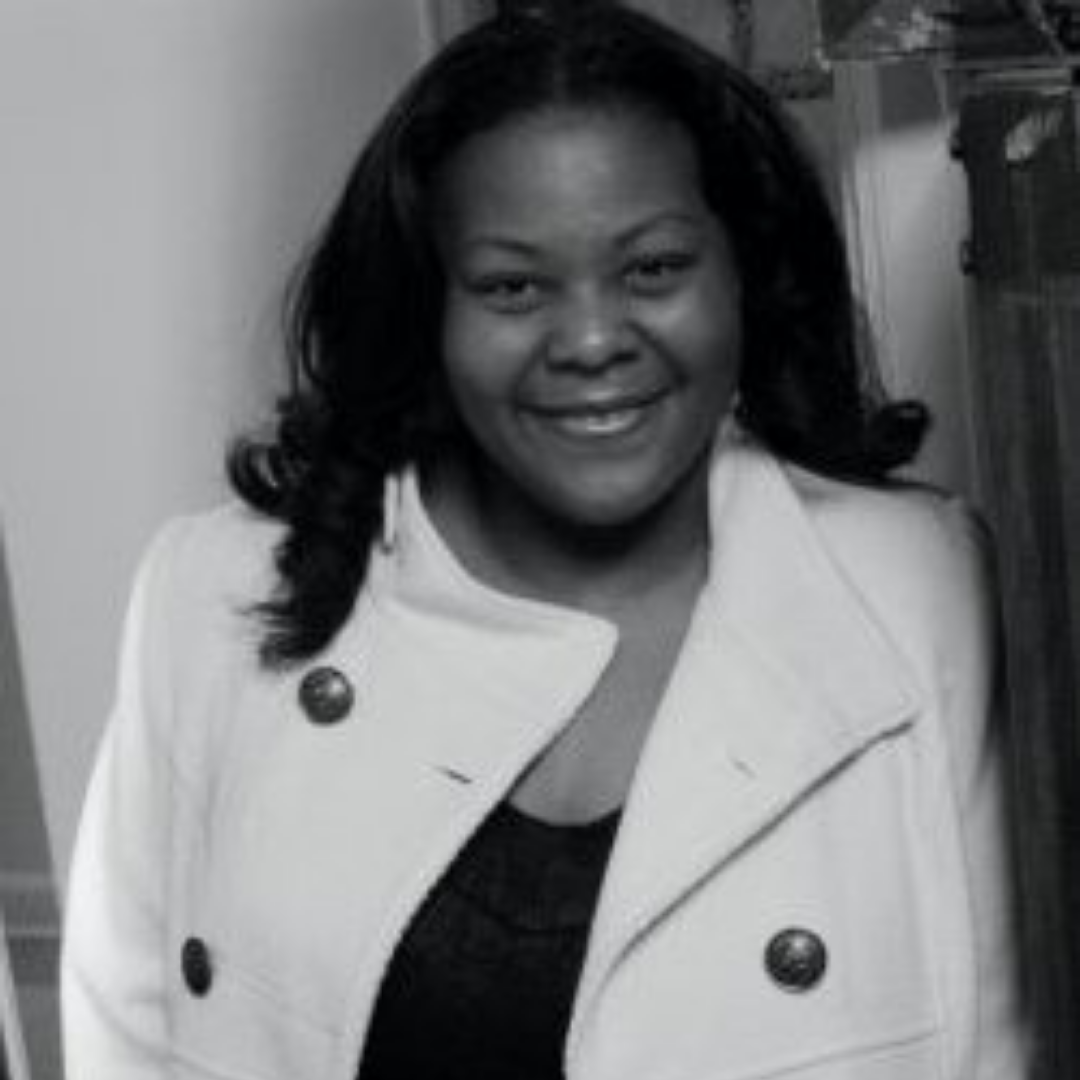 Nicole Chandler is the Staff Assistant on the Age-Friendly Boston plan at the City of Boston. Age-Friendly Boston is a citywide initiative that looks at how we design a city for people to age in place through the lens of policy, programs, and services. Nicole has a background in community development working at Urban Edge and MACDC with a focus on resident services and housing stabilization, community engagement, and racial equity. Nicole moved to Boston in 2011 serving two years with AmeriCorps at City Year and New Sector Alliance and later working for the YMCA.  Nicole is originally from Little Rock, Arkansas and graduated with a degree in Politics from Hendrix College. 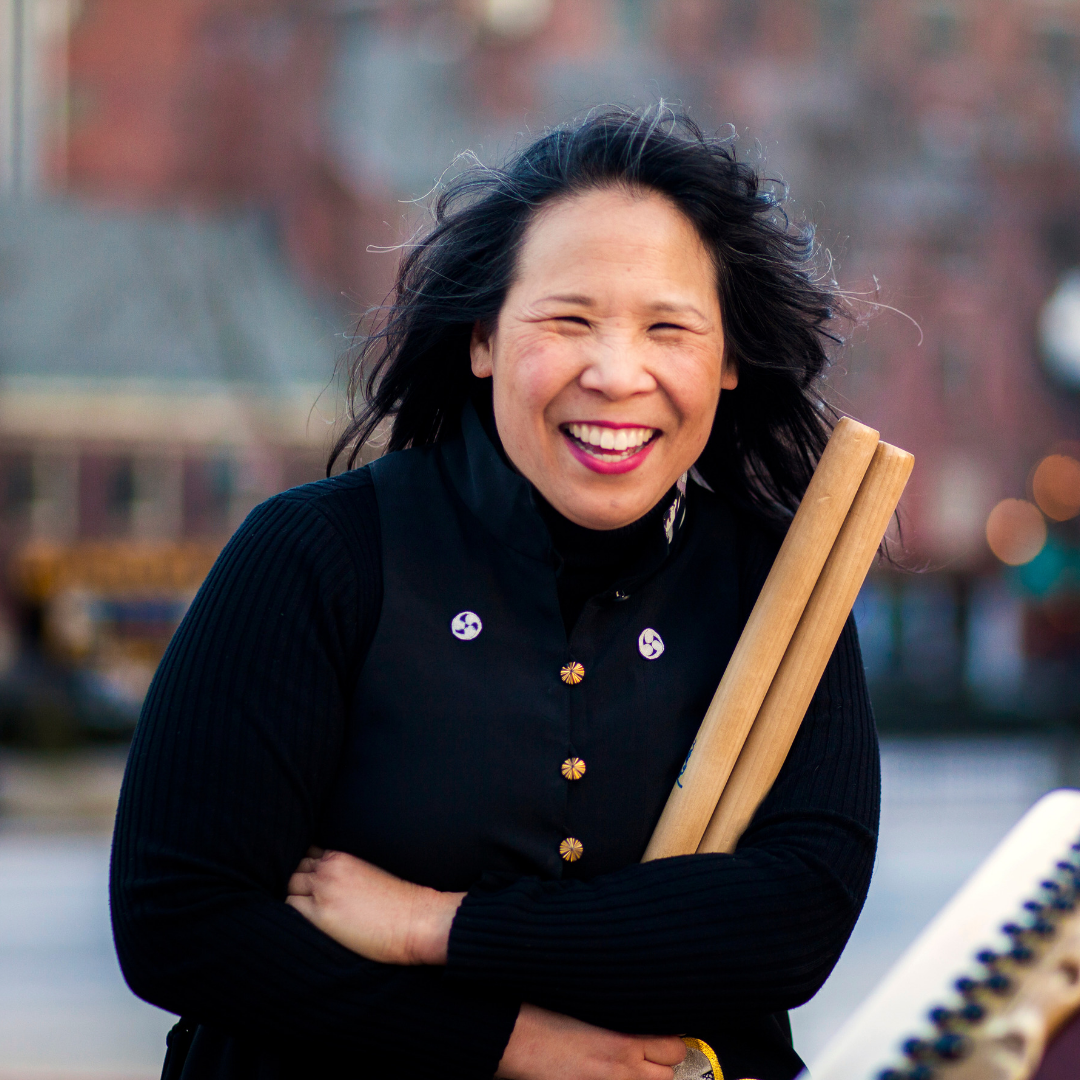 Cultural artist and organizer, Karen Young uses Japanese taiko drums and community organizing strategies to empower, engage, and inspire people into action. In 2018, she was selected as one of seven Boston AIRs (Artists in Residence) and in partnership with BCYF Grove Hall senior center, chose to strategically elevate and activate elders of color in one of Boston’s most resilient communities. She is the founder and artistic director of The Genki Spark and co-founder of the Brookline Cherry Blossom Festival. Prior to making her social practice art her key focus, Karen founded the leading youth advocacy organization, Youth on Board. She is a principal author of: Youth on Board’s 15 Points to Successfully Involving Youth in Decision Making, and Your Guide to Youth Involvement and the Law, and a contributing author of Asian Voices from Beantown. 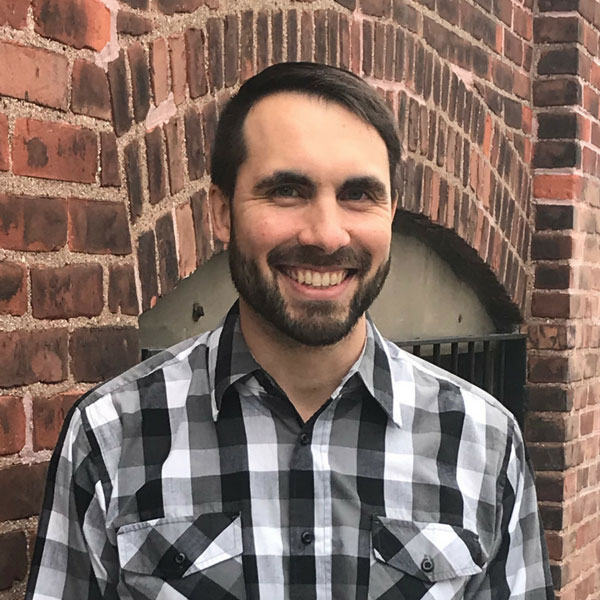 Tony Lechuga is the Program Manager for the Emerald Network at LivableStreets Alliance, managing all aspects of the program including advocacy, project oversight, and technical assistance. As someone who often uses multiple modes to travel Boston's streets and greenways, Tony tries to recognize the lived experience of spaces from all angles. Previously, Tony worked with the Boston pedestrian advocacy group WalkBoston, while completing a Master of Arts in Urban and Environmental Policy and Planning at Tufts University. Before that he worked as a public school teacher for five years in his hometown of Denver, Colorado. Teaching middle school social studies taught Tony the value of patience, creativity, and varied perspectives, which he sees as necessary to work with and across diverse groups. 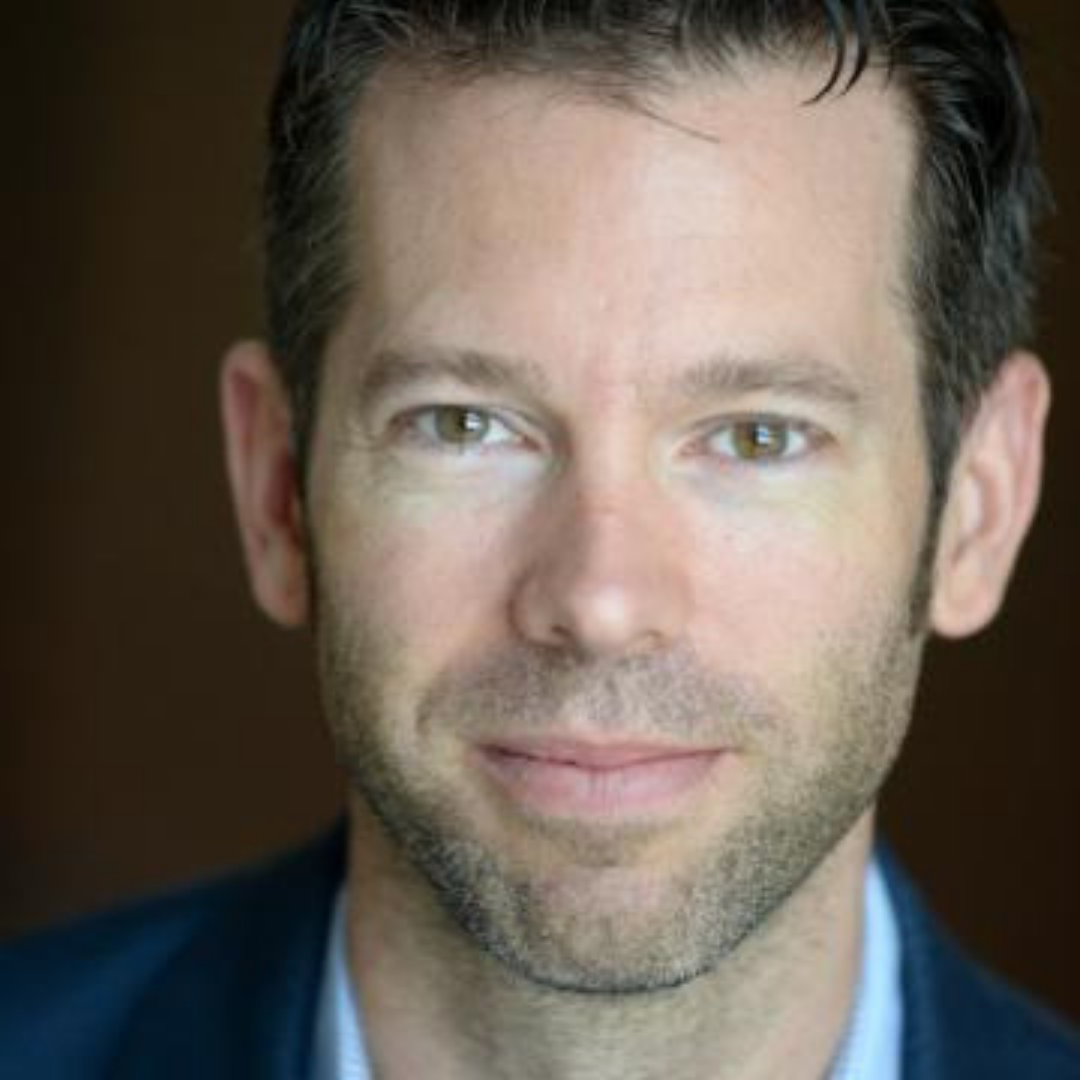 Kris Carter, Co-Chair of the Mayor's Office of New Urban Mechanics in Boston, is a non-practicing engineer, an optimistic urban planner, and a self-taught filmmaker. New Urban Mechanics is the City of Boston's human-centered civic R&D lab, working collaboratively with research institutions, civic entrepreneurs, and government agencies to explore and prototype what's new and next in cities. With the Mechanics, Kris oversees a wide portfolio of prototypes while also leading the City's mobility and public realm work, including the management of Boston’s autonomous vehicle research efforts. Prior to leading the Mechanics, Kris ran the City's bicycle program, served as an advisor to Mayor on the creation of the Innovation District, and helped operationalize One Fund Boston in response to the Marathon bombings. He has won awards from the Federal Labs Consortium, American Planning Association, and was recognized as one of Boston’s ‘50 on Fire for his work. He is a two-time AmeriCorps alum, amateur filmmaker, firmly believes in bagging his own groceries, and has yet to find a role more rewarding and exhausting than raising twins. 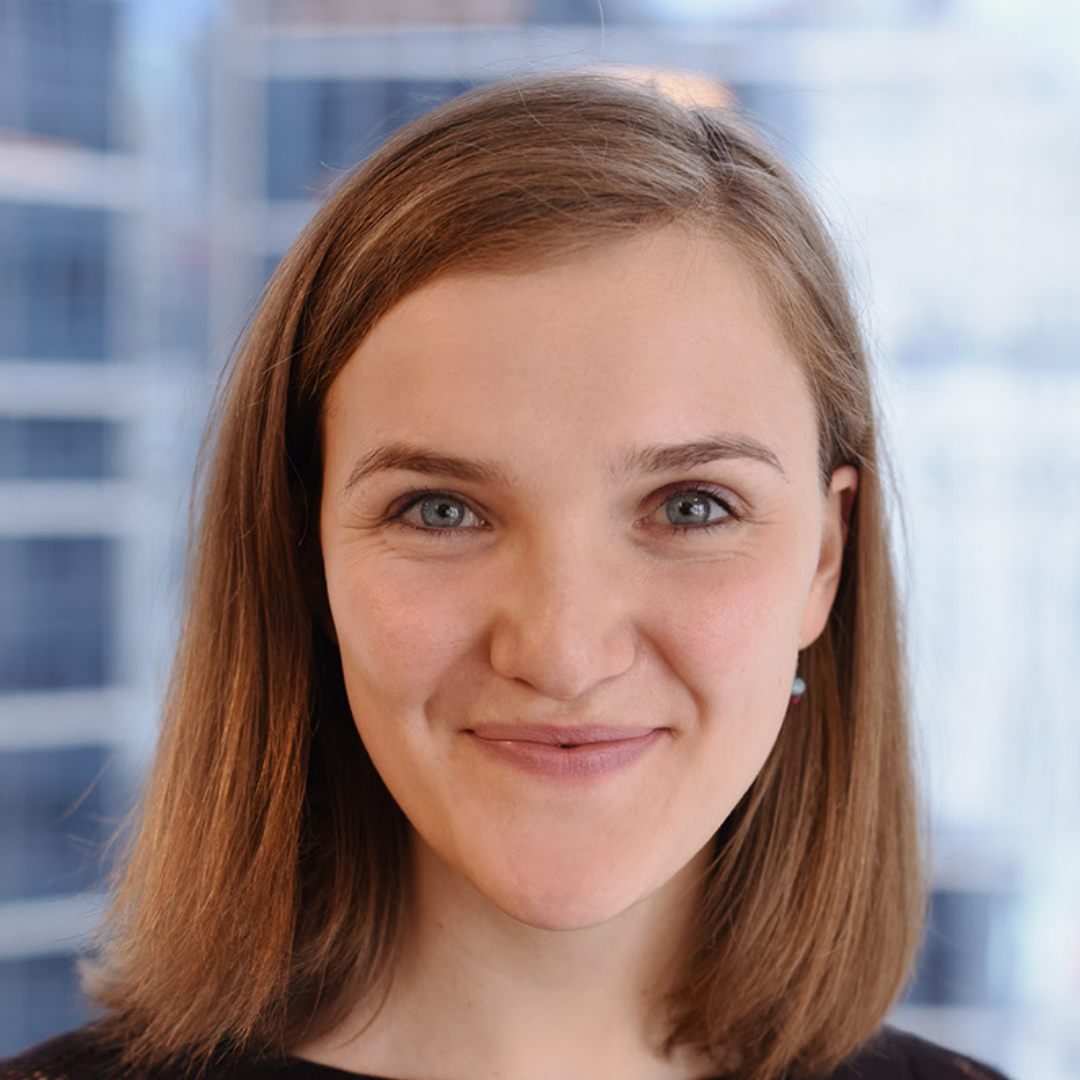 Julia Ehrman is a Program Associate at TransitCenter, where she does research, runs workshops, and administers grants research to help advocates, transit agencies and city staff make public transit better for the people who use it. She supports advocates fighting locally for change, and connects practitioners doing similar work nationally. Previous to TransitCenter, Julia worked to improve transportation options for youth and families in San Francisco as a fellow at Francisco Unified School District, while completing masters’ degrees in city planning at public health at UC Berkeley. She got interested in city government through bicycle advocacy in New York and Oakland.

Bus Rapid Transit: What We Learned from Mexico City 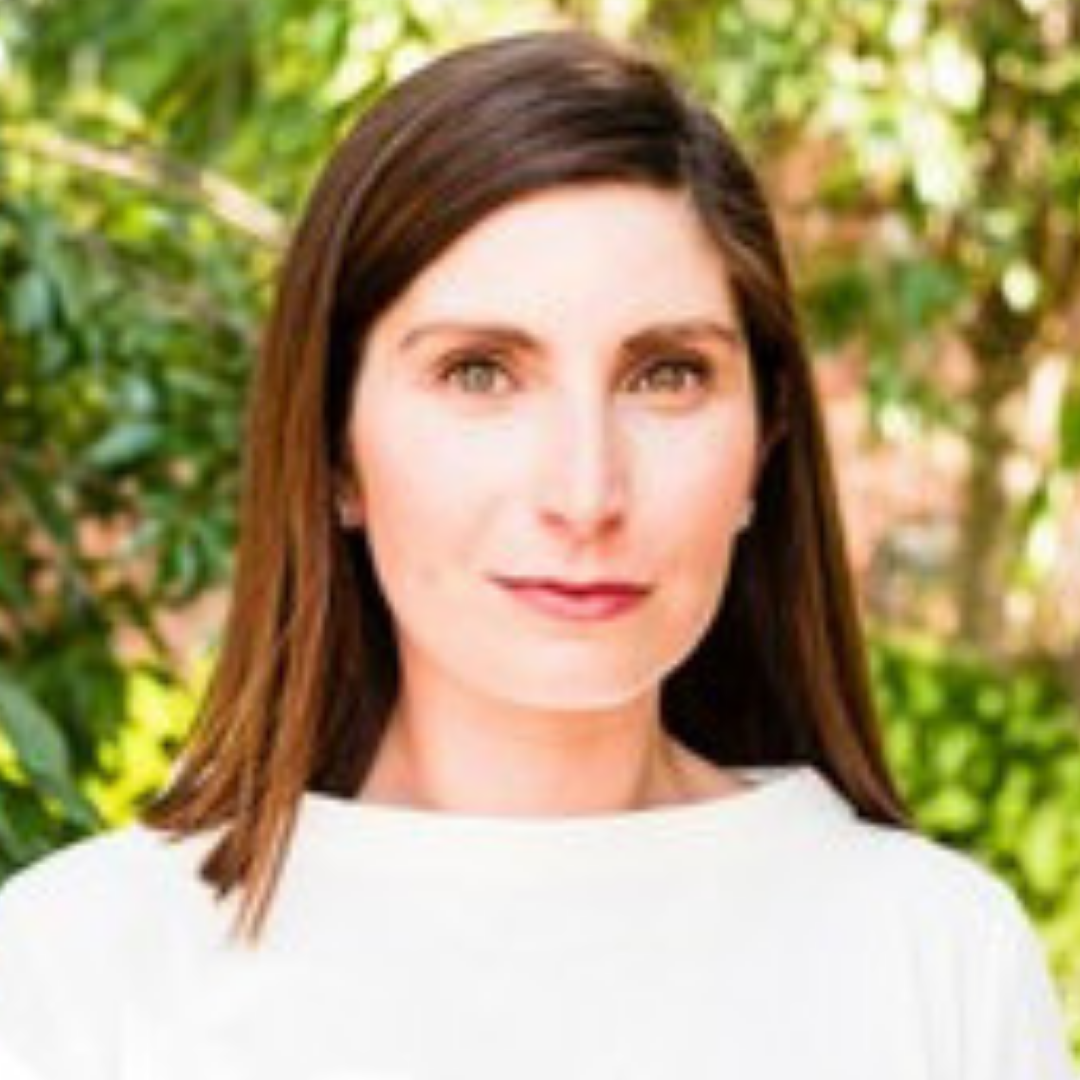 Jesse Mermell joined the Alliance for Business Leadership as President in January of 2015, having previously served as a member of Governor Deval L. Patrick’s senior staff. As Governor Patrick’s Communications Director, Mermell was responsible for communications strategy and for overseeing the press operations of the Governor’s office. Mermell is the former State Director of the Massachusetts Association for the Blind and Visually Impaired.

She has also held positions as the Vice President for External Affairs at Planned Parenthood League of Massachusetts, and as the Executive Director of FairTest and of the Massachusetts Women’s Political Caucus. Mermell is an active community member, having been elected to the Brookline Board of Selectmen in 2007 and serving until 2013. Upon her election she became the youngest Selectman in the history of Brookline, and created a female majority on the Board for the first time since the Town’s founding in 1705. Mermell is also a former Brookline Library Trustee and Town Meeting Member.

By the Bootstraps in Somerville: Low-Cost Traffic Calming Experiments and Results 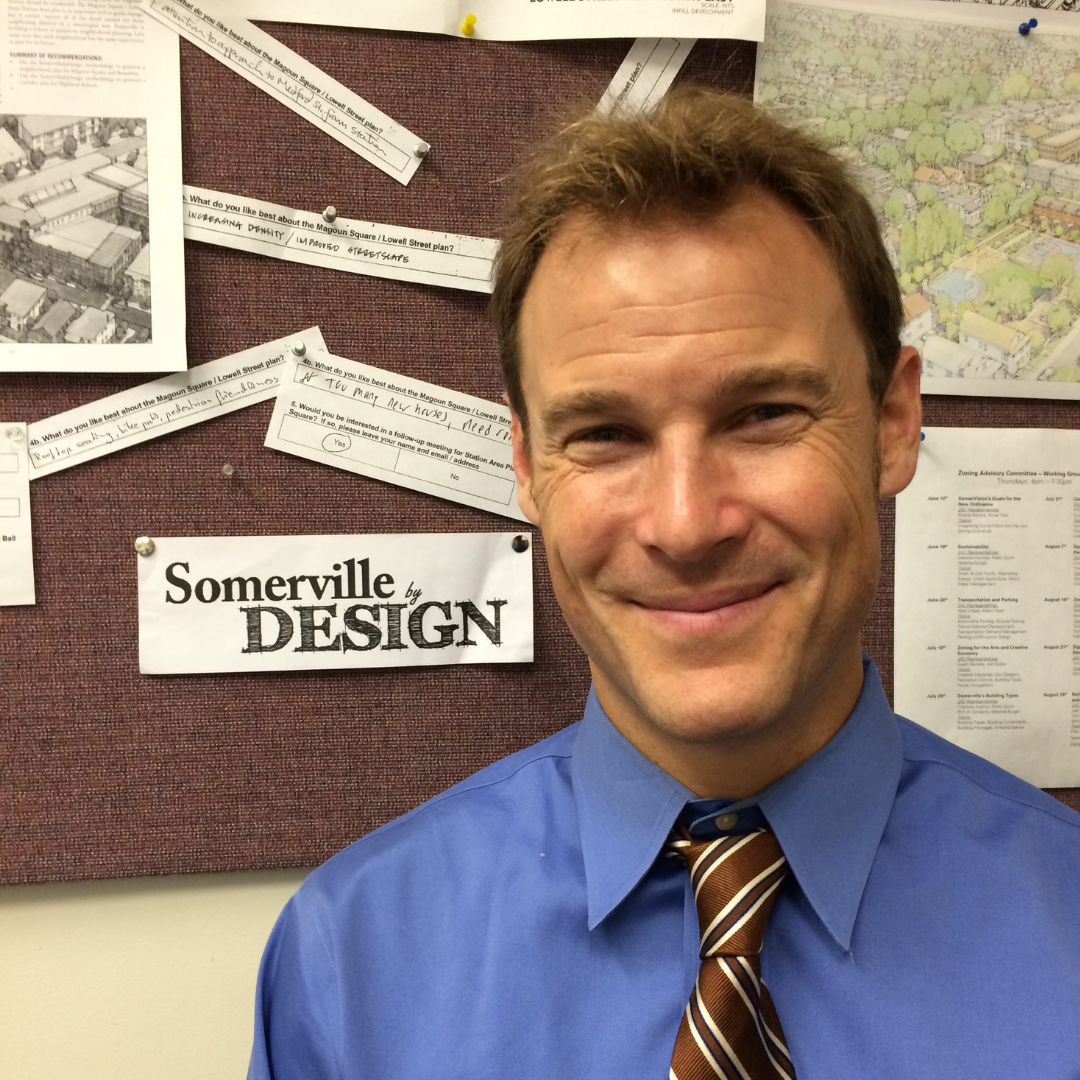 Brad serves the City of Somerville as Director of Transportation & Infrastructure. He is a community planner and eleven-year veteran of Mayor Joe Curtatone’s administration, leading a team of eight staff responsible for the City’s mobility, public space, and urban forestry practice areas. Brad’s team handles community engagement, data analytics, policy development, street design, transit coordination, signal timing, project financing, construction oversight, and more (and that’s just on the mobility side of the portfolio!). Brad is a Somerville resident who takes great pride in helping articulate and implement his community’s vision for safety, equity and sustainability in the public realm. 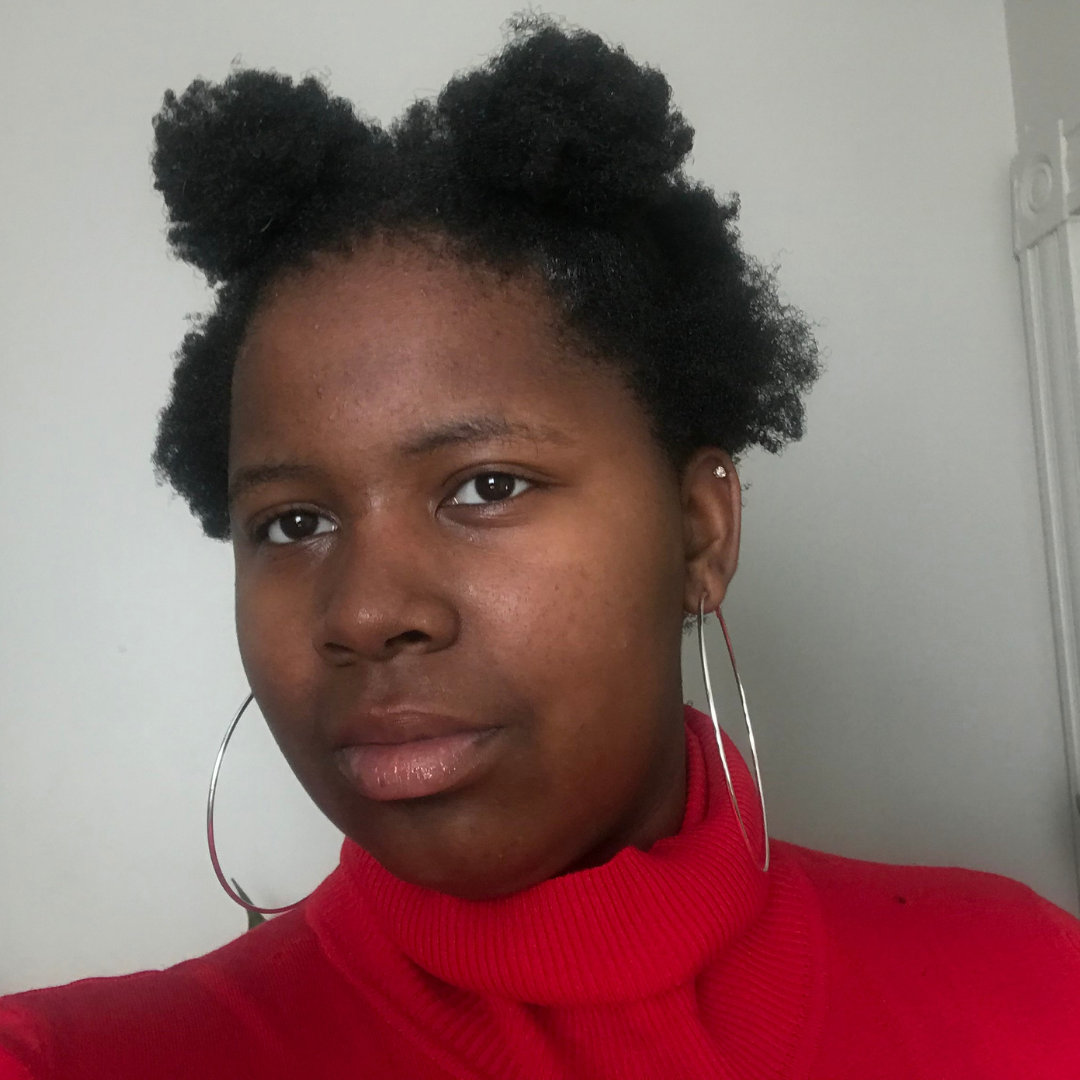 Shakaya Moore Perkins is 16 years old and has been a Chelsea resident for 10 years. She has been working with GreenRoots for over a year now as a member of Environmental Chelsea Organizers (ECO), a team of 6 teens that work on projects important to youth. One of her favorite things that she enjoys the most of being part of ECO is getting to know more about what’s going on in her city. 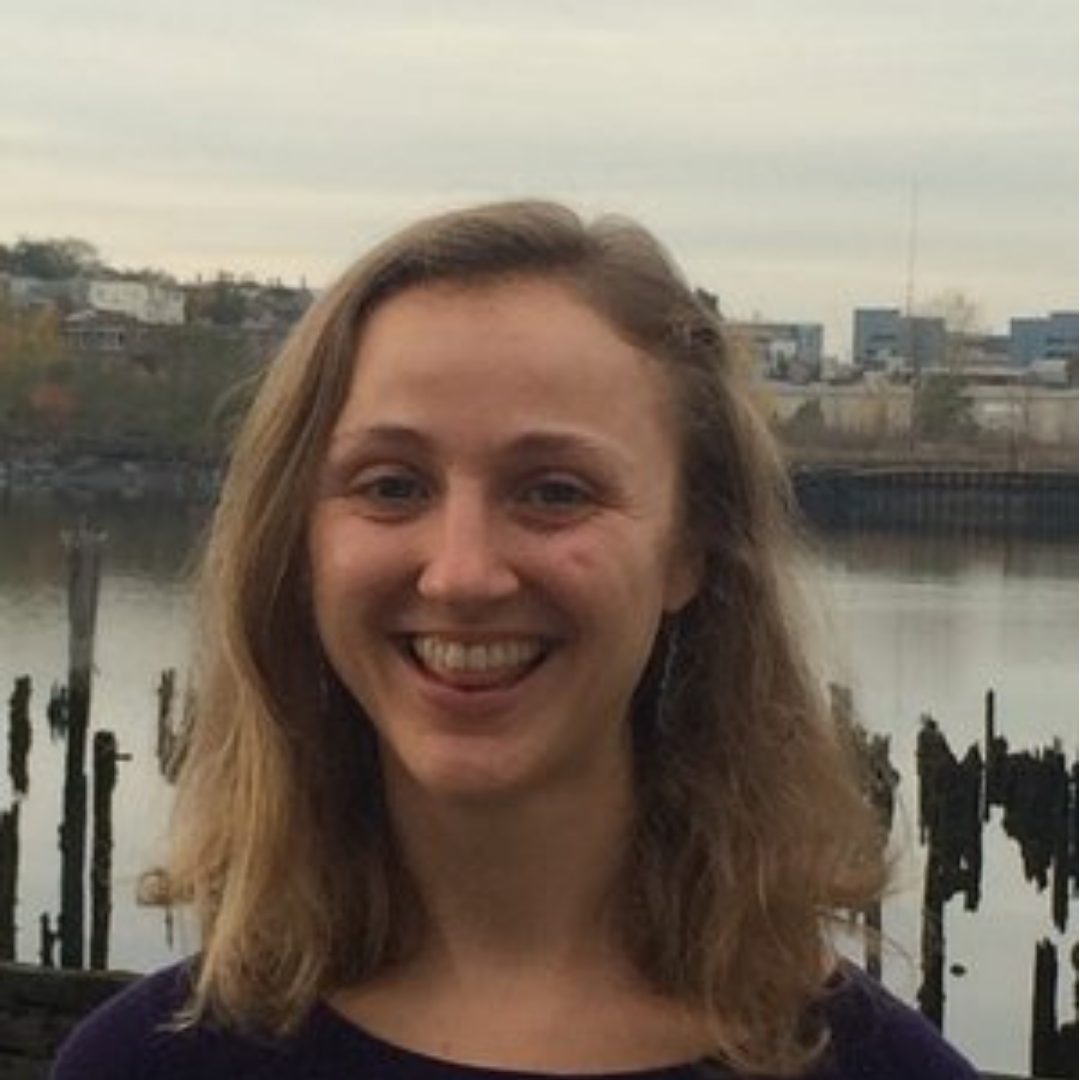 Sarah is the Transit Justice Organizer with GreenRoots- a community-based organization working to achieve social and environmental justice in Chelsea and East Boston. While GreenRoots has been working on transportation issues in Chelsea for over a decade (and on environmental issues more broadly for almost 25 years), Sarah joined the team more recently to expand capacity to organize Chelsea residents around inequities in the public transportation system. Sarah has a background in community organizing and Spanish interpretation, and moved to the Boston area from D.C., where she grew up. 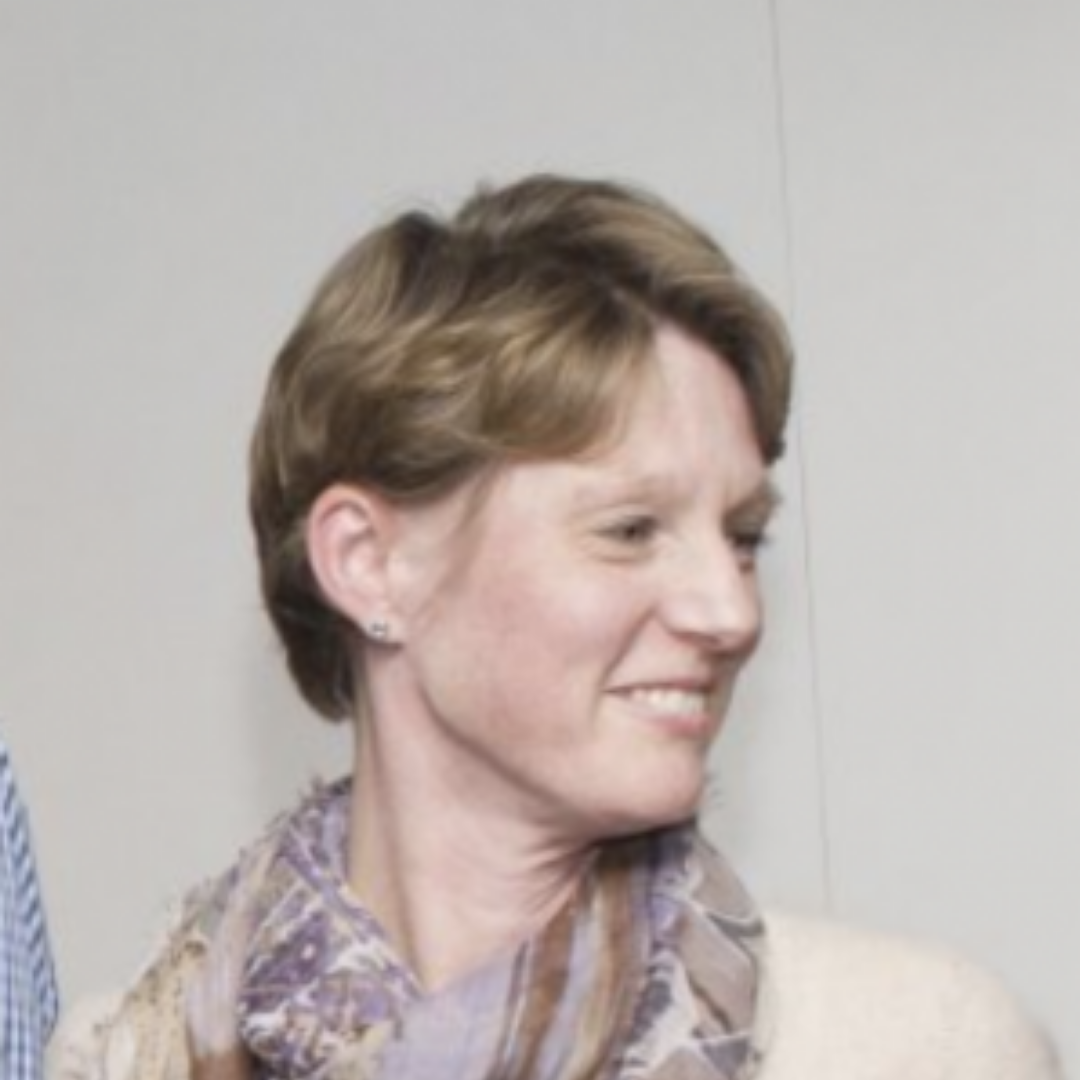 Stacey is the Deputy Director at WalkBoston and manages the technical assistance programs that provide support to municipalities across the state to improve the safety and quality of the pedestrian environment. She conducts training programs that describe the health, economic and community benefits of walking, and leads walk audits to identify infrastructure deficiencies, recommend solutions, and build community support for walking. She has developed research and policy guidance on specific walkability-related issues including: walkable campus design for elementary schools, low cost pedestrian infrastructure, and pedestrian safety awareness for law enforcement. Prior to joining WalkBoston, Stacey was a Senior Associate at Sasaki Associates where she practiced as an urban designer and planner for over thirteen years. She holds a Masters Degree in Landscape Architecture from the University of Michigan and Bachelor of Arts in American Studies/Environmental Studies from Dickinson College.