LivableStreets was back in person at the Old South Meeting House, of Revolutionary Spaces, for our 12th Annual StreetTalk 10-in-1—and it was so wonderful to see everyone. We had a great turnout of partners, supporters, attendees and of course… speakers! This year, we had ten sessions, with two groups of two speakers (bonus speakers!) and also offered a hybrid model. Thank you to everyone who attended: in-person or tuned in online, it was so great to reunite.

We were so grateful to have our partners and friends join us, to talk about important issues regarding transit advocacy, climate justice, protecting our greenways, equitable housing + land use policies, and more. You can check out information about our speakers, their sessions, and learn more about their organizations below!

Weren’t able to make it in person? No problem! Thank you to the GBH Forum Network for partnering with us on this event and providing a livestream—click here to watch! 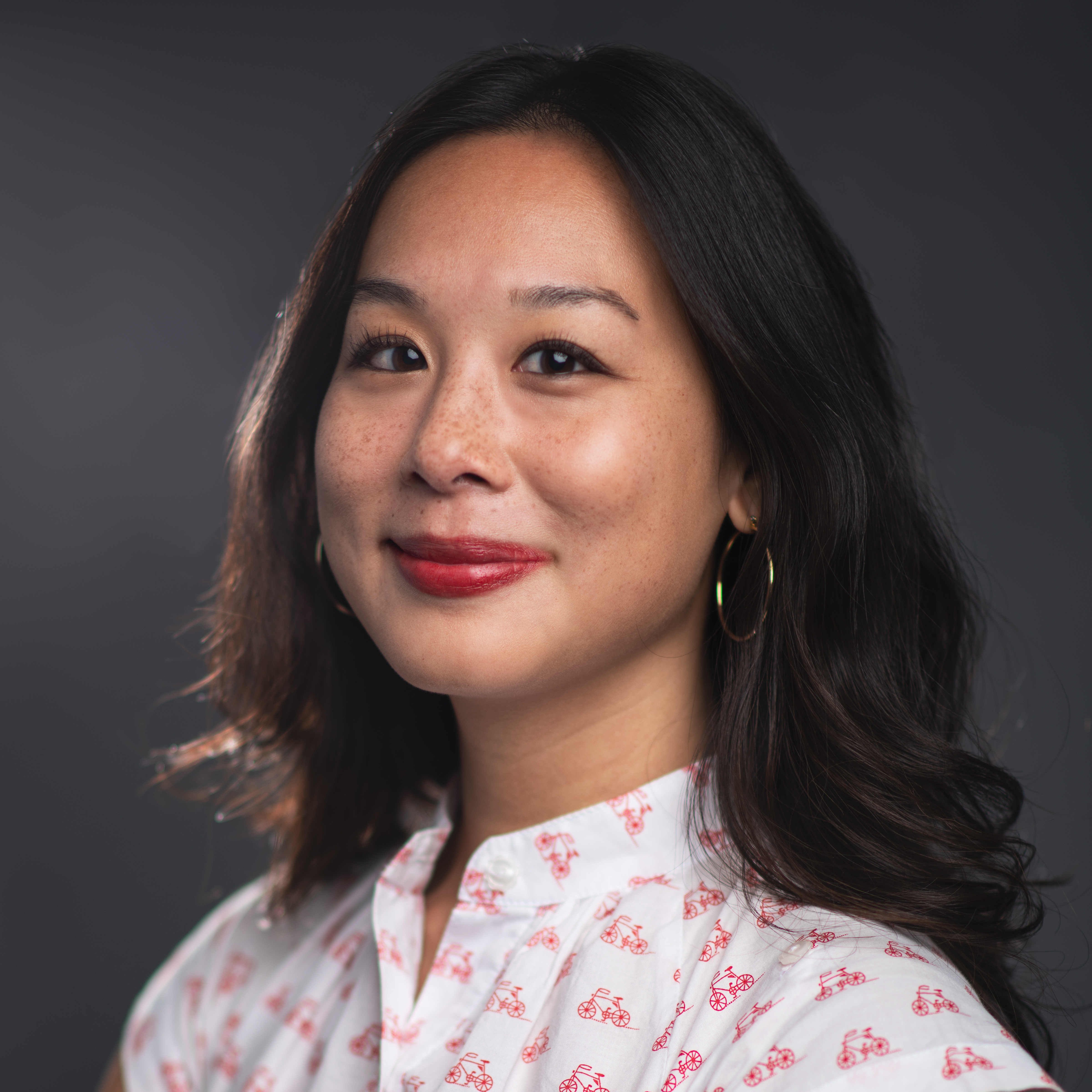 Tiffany Chu brings a background in design, urban planning, and entrepreneurship. She is the former CEO & Co-founder of Remix, and following the acquisition of Remix in March 2021, she became Senior Vice President at Via, the global leader in transit tech. Remix’s collaborative software platform for transportation planning is used by the MBTA and 500+ cities globally, and aims to build a more equitable world by expanding access within it. The company has been recognized as a Tech Pioneer by the World Economic Forum and BloombergNEF for furthering sustainability and equity in the field. The acquisition of Remix by Via was one of the largest software acquisitions last year.

Chu has also served as a Commissioner of the San Francisco Department of the Environment and sat on San Francisco’s Congestion Pricing Policy Advisory Committee.

Previously, Chu was at Code for America, Y Combinator, Zipcar, and Continuum. She's been named in Forbes' 30 Under 30, LinkedIn's Next Wave of Leaders Under 35, and featured at SXSW, Helsinki Design Week, the New York Times Cities for Tomorrow Conference, and more. Chu has a degree from the Massachusetts Institute of Technology’s (MIT) School of Architecture and Planning.

Chu is a first generation Taiwanese American. A few of her favorite things around Boston include the Charles River Esplanade, seafood at Giacomo’s, and the City’s walkability.

Wes is the MBTA’s Assistant General Manager of Service Development. He oversees short- and long- range planning that occurs within MBTA Operations and leads teams focused on Service Planning, Transit Priority, Bus Transformation, and Diversion Planning. His role at the MBTA is to help municipalities and agency partners rethink the multimodal value of our street space, and how bus transit is critical for our region to support economic development, reach our sustainability goals, and address inequities in our transportation network. Wes is a bus rider, cyclist, hiker, father—born and raised in Wyoming, but found his urban groove living in Washington DC, Seattle, and Boston over the last 20 years.

Session — How to Close the Orange Line in a Few Weeks, and Other Musings From Standing in the Thick of it

Jarred: Jarred has lead TransitMatters for the past three and a half years. Jarred was previously a TransitMatters board member for more than 2 years before becoming Executive Director. He is passionate about the intersection of transit, housing, and equity. Jarred is a board member of Abundant Housing Massachusetts and a council member of the Metropolitan Area Planning Council.

He previously worked as a Real Estate Project Manager for the Codman Square Neighborhood Development Corporation where he managed a variety of complex affordable housing real estate projects and supported organizing efforts for better service on the Fairmount Line. Before that, Jarred helped to start the “Love Your Block” mini-grant project and helped write the City of Boston’s first Volunteer Plan as a part of the Civic Engagement Office. He also has a wealth of grassroots organizing experience working on various presidential, state, and Cherokee tribal races. Jarred joined TransitMatters as a volunteer member in the summer of 2015 and has served on the Board since the fall of that year.

Jarred is an Oklahoma City native and a graduate of Oklahoma City University (M.A., Mass Communications, 2012). He also holds a Certificate in Nonprofit Management and Leadership (2018) from the Institute for Nonprofit Practice in collaboration with the Jonathan M. Tisch College of Civic Life at Tufts University. Jarred is currently a Culture of Health Leader through the Robert Wood Johnson. 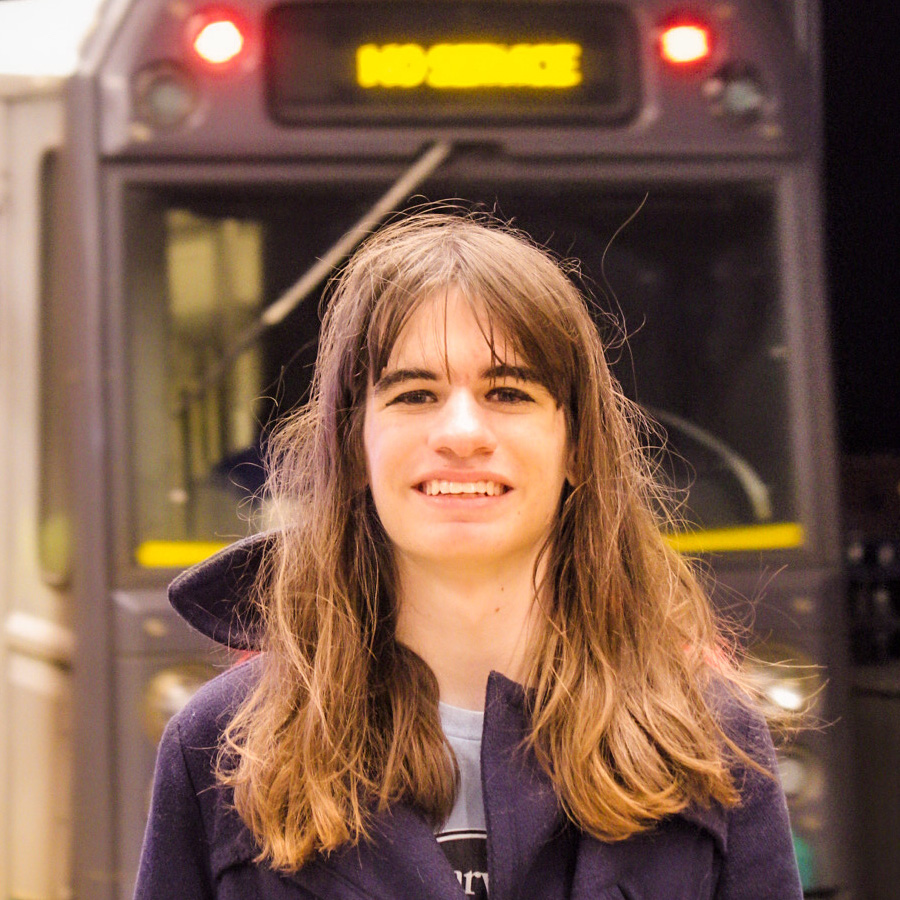 Jacklyn is a 16 year old transportation advocate. She is a volunteer for the Green Streets Initiative and does Street Ambassador work at LiveableStreets Alliance. At Green Streets, Jacklyn collaborates on the What Moves Us project, a video interview project which inspires organizations and individuals to be car light by sharing the voices and stories of colleagues or peers who commute in green ways. As a Street Ambassador, she collected feedback from individuals about bike lane and bus projects on Mass Ave, at the pop up bus lanes on Brookline Avenue and during the Orange Line Shutdown.

Jen Mergel is a nationally respected contemporary art curator and cultural leader dedicated to her hometown. She has organized over 50 exhibitions in professional roles at Harvard, the Addison Gallery, the ICA Boston, the MFA Boston, and most recently for the Emerald Necklace Conservancy where she now serves as Director of Experience and Cultural Partnerships. In this role she builds the Conservancy’s capacity to invite more inclusive and impactful park experiences through partnerships with history-keepers, change-agents and thought-leaders in public-making through art, design and culture. She holds degrees from Harvard University and Bard College, is Fellow of the Center for Curatorial Leadership and the Culture of Health Leadership Institute for Racial Healing, and in 2022 accepted the Charles Eliot Conservationist of the Year Award on behalf of the coalition that presented Olmsted Now: Greater Boston's Olmsted Bicentennial.

Session — Rethinking Transit through Olmsted Now: How an Overpass, Boatramp or Greenway Can Move You to Expect MORE of Boston 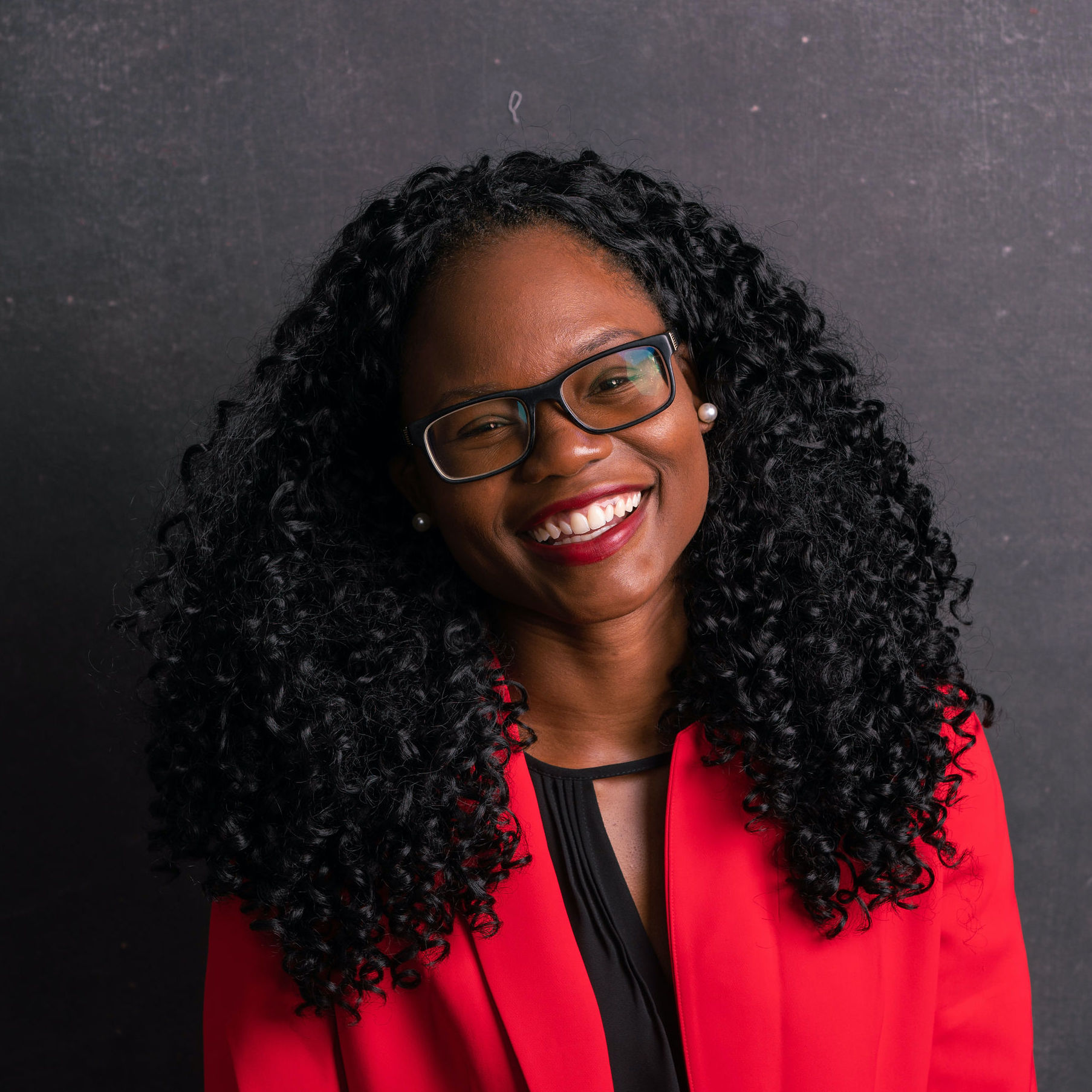 Shavel'le a Mattapan resident, found her passion in community, youth development and transportation. She is currently the Executive Director of Mattapan Food and Fitness Coalition (MFFC) and the co-founder of Consult LeLa. At MFFC, a health and wellness organization that focuses on food, physical activity, and community empowerment, she founded Mattapan on Wheels, an event that addresses issues of safer infrastructure for cyclists and pedestrians, providing an opportunity for young people to develop their leadership skills. She also co-founded the Transportation Talk (T-Talk) Series that focuses on the intersection of transportation and the challenges BIPOC individuals face. At Consult LeLa, a vibrant consulting agency firm Shavel'le works to engage young people 10-35 in the transportation planning process in the City. Shavel'le holds B.S in Marketing and Communications at Boston College, a M.S in Nonprofit Management at Northeastern University in 2019 and is now studying public health at Boston University.

Session — Who’s Responsible for Our Streets Next?
As humans who will inherit the streets long after the decisions have been made, youth need to be involved in the conversations regarding the future of their community.

Kassie Infante (she/her) is the Statewide Organizer at Abundant Housing MA (AHMA), a statewide network and coalition of pro-housing advocates who stand up for abundant housing for all in communities across Massachusetts by driving policy priorities on housing production, zoning reform/desegregation and tenant protections. Kassie’s role focuses on building the capacity of grassroots activists towards driving local policy while also coordinating statewide legislative and collective actions.

AHMA’s vision is to build an equitable housing market that lets people move when they want, where they want, not when they have to. In order to do so, AHMA advocates for more housing near transit and jobs, robust tenant protections to prevent displacement, reform of exclusionary zoning rules and sustainable development practices and communities.

Originally from Lawrence, MA Kassie earned her B.S from the University of North Carolina Wilmington and her M.Ed. from the Harvard Graduate School of Education. Her civic leadership and past experiences include serving as an elected school board member in Lawrence and community organizing/coalition building for progressive policy measures that center educational justice and racial equity.

Session — The Case for MBTA Zoning Reform: Towards affordable, climate resilient communities with housing choices for all.

Yonerky Santana is a DACA recipient that has dared to challenge the status-quo. A longtime advocate for the wellbeing of her community, she and other immigrant leaders were featured on the cover of TIME magazine. She studied health science and is a certified Yoga instructor. Currently, she is dabbling into the sustainable living sector, advocating for global housing, climate and social stability. 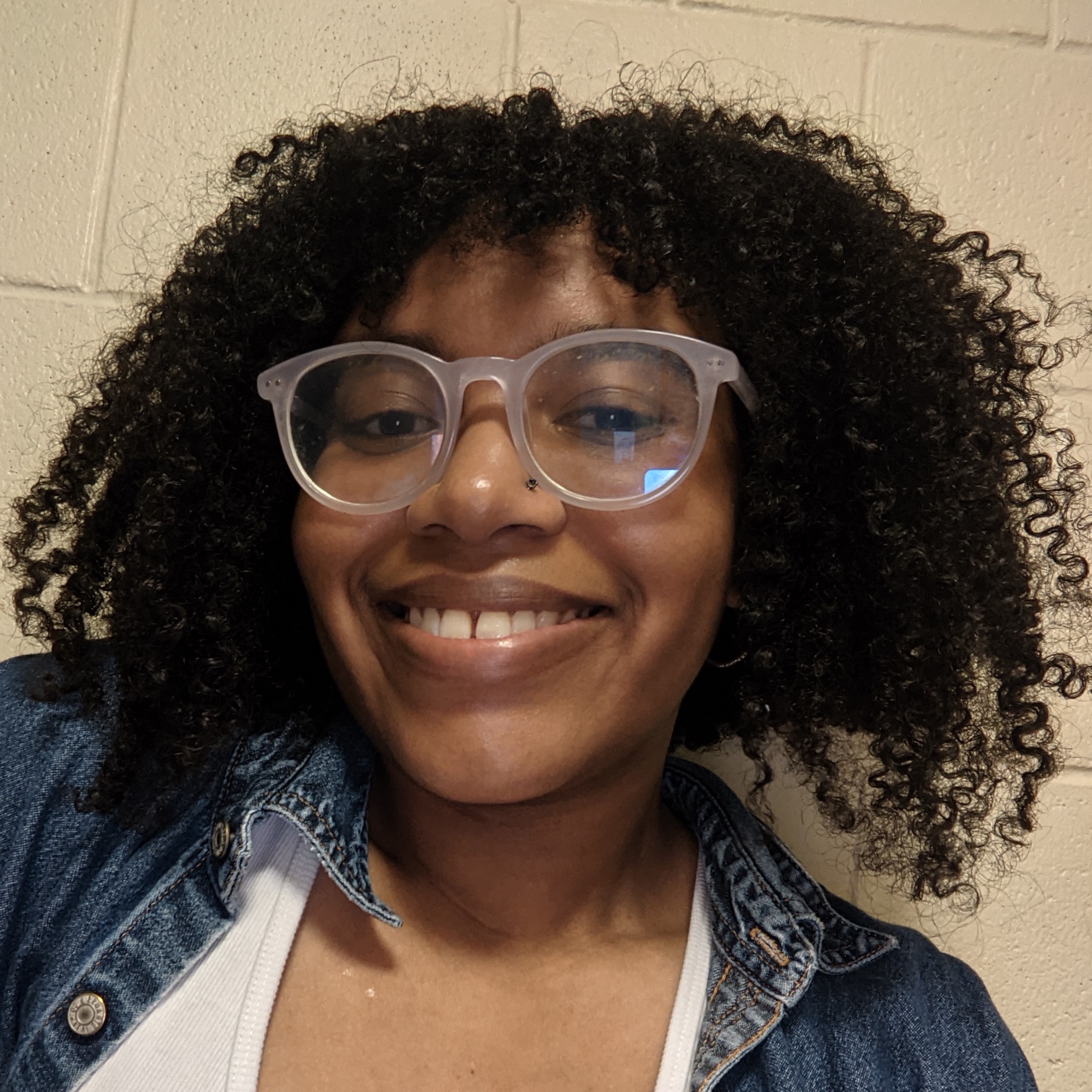 Malaysia is a Community Organizer for The Boston Cyclists Union. Malaysia began her work as a Youth Organizer in Roxbury at the age of 17 and never stopped, eventually holding roles such as Program Coordinator and Lead Organizer at a number of Boston based organizations. Malaysia is deeply aware how infrastructure and transportation intersect with all other societal issues which informs her work on the streets as well as BCU’s work as a member of the DefundBosCops Coalition. As a resident of Roxbury, she is committed to making streets safe for not only cyclists and pedestrians, but for all who use them across the region, and uplifting the voices of those often left out of important conversations.

Maitlyn is the Design Manager at CultureHouse, an urbanism non-profit, dedicated to working with local communities to transform underutilized spaces into vibrant social infrastructure. Maitlyn's design work at CultureHouse centers accessibility, creativity, and collaboration. Maitlyn is an interdisciplinary designer from San Francisco who graduated from Mount Holyoke College with a Bachelor of Art in Architectural studies. Maitlyn designs from a place of joy, creating functional spaces and objects that are playful and center human interaction.

Abby is the Director of the Emerald Network. She builds relationships with community members and partners to actualize miles of greenways within Boston. As an Urban Planner, her interest lies in bringing joy and justice to cities. She is particularly interested in the intersection of public space, arts and culture, and climate migration. Abby has a B.A in Art History from Ithaca College where she rowed on the Varsity Crew Team. She also has a Master's Degree in Urban Planning with a concentration in Urban Design from the Graduate School of Design at Harvard University. She loves to go to live shows, explore new cities on bike and foot, works as a fitness instructor, and dabbles in creating art.