StreetTalk: Cities on the Move 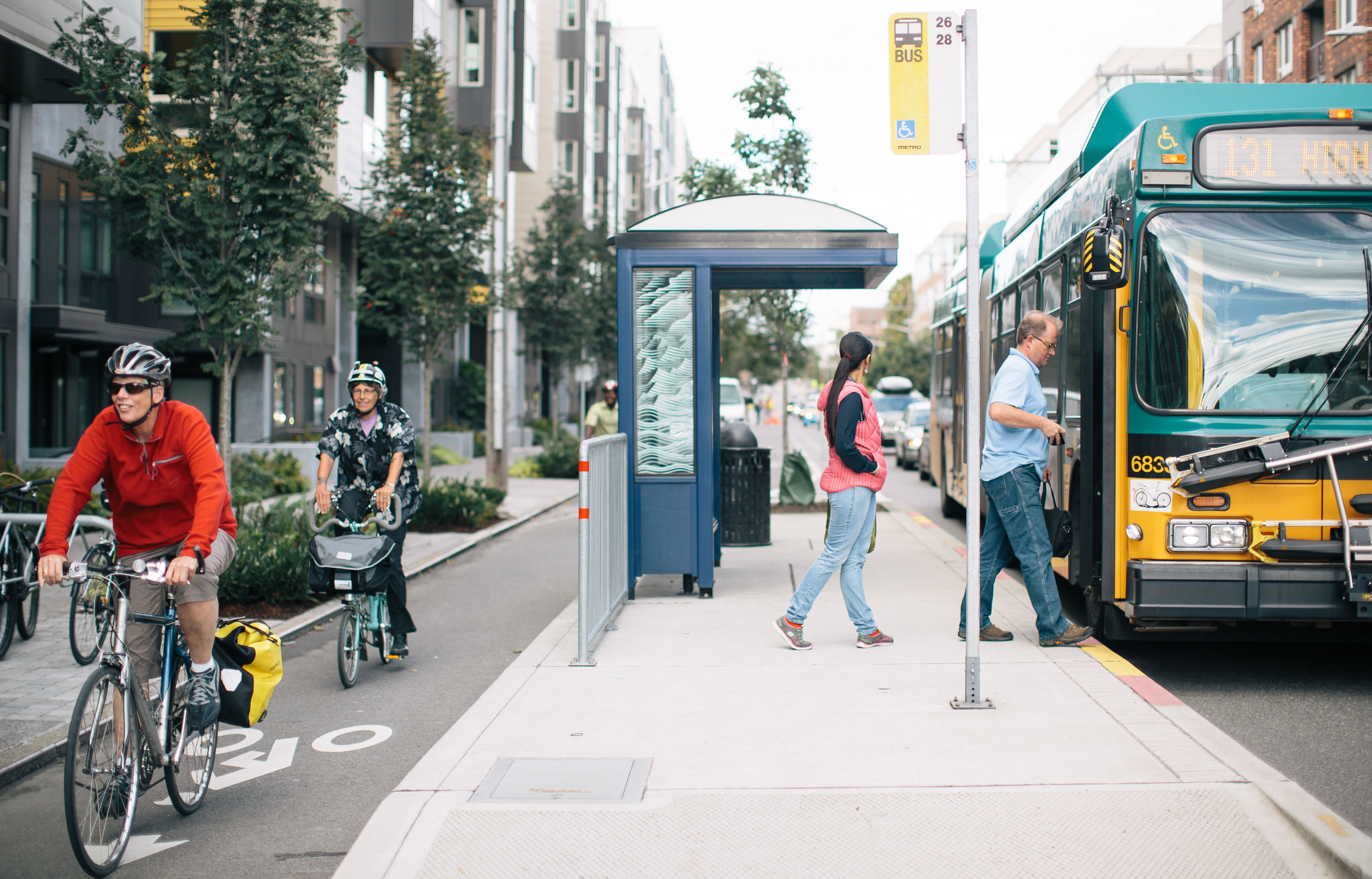 We all know our cities are changing fast. How are local agencies rising to the challenge to make sure we all keep moving?

Together with NACTO and TransitCenter, we're bringing national transportation leaders to Boston to learn how cities across the US are rethinking their streets to boost reliable and safe travel for people on foot, buses, and bikes.

Join us for StreetTalk: Cities on the Move. The StreetTalk panel will be preceded by a reception featuring submission renderings for the BostonBRT Station Design Competition. Light refreshments and drinks will be available for purchase.

Sean has over ten years of pedestrian and bicycle planning, design, and implementation experience in New York and New Jersey. Over the past nine years at NYC DOT he has worked on projects which redesigned city streets with an eye toward safety, mobility, and economic development.  In his current role he oversees a staff of planners, engineers, and urban designers all working toward improving the bicycle and pedestrian network throughout the city as well as enhancing the public realm through the development of plazas and streetscape amenities.  Sean graduated from the Bloustein School at Rutgers University in 2007 with a Master’s degree in City and Regional Planning.

Bill Bryant is manager of Service Development at King County Metro Transit, which is the primary provider of public transportation in Seattle, Bellevue, and numerous other jurisdictions as well as in unincorporated King County.  His responsibilities include overseeing Metro’s Market Development, Scheduling, Transit Route Facilities, Speed & Reliability, and Service Planning teams. Prior to joining Metro Transit in July 2016, Bryant managed transit projects, programs, service, and policies for the Seattle Department of Transportation beginning in 2007.  In a previous stint at Metro, Bryant served as a planner, project manager, and liaison to regional transit provider Sound Transit between 1998 and 2007. King County Metro Transit is the seventh largest transit provider in the United States as of 2016 and serves residents of the beautiful Puget Sound area of Washington with well over 400,000 bus rides per weekday.

Sean is the Transit Planning Manager at the San Francisco Municipal Transportation Agency. He is responsible for implementing Muni Forward capital projects that improve service reliability, reduce transit travel times and enhance pedestrian safety, while also overseeing the day-to-day service planning functions for Muni. Sean and his team are in the process of implementing 36 miles of transit priority and pedestrian safety improvements and planning for another 30.During his time at SFMTA, Sean has overseen a 10% increase in transit service, accounting for over 330,000 additional annualized service hours, initiated four new routes and launched the Muni Rapid network. These efforts have reduced crowding on the Rapid network by 26% and increased on time performance to 80% on some lines. Sean has been at SFMTA for almost 5 years.

Tegin Teich Bennett is a sustainable transportation planner with almost ten years of experience in the public and private sectors. After a brief career in anthropology and philanthropic consulting, Tegin received her Masters degrees from the Massachusetts Institute of Technology in both City Planning and Transportation with a focus on sustainable transportation policy in developing cities. She worked for a consulting firm in Boston for six years on complete streets design projects, transit and transportation technology planning and implementation, international bus rapid transit operations planning, micro simulation modeling, and bicycle and pedestrian planning. In 2014, she became a transportation planner for the City of Cambridge, Massachusetts, where she manages a transit planning program, participates in regional planning initiatives, and manages local corridor design projects. She is currently Chair of the Regional Transportation Advisory Council. She served on the board of Young Professionals in Transportation for four years and has also been on the Cambridge and Somerville Bicycle Advisory Committees.

Stacy is the Executive Director of LivableStreets Alliance, a non-profit advocating for innovative and equitable transportation solutions that provide safe, affordable and enjoyable options benefiting all people in Metro Boston. Stacy oversees LivableStreets’ programs including Vision Zero and the Emerald Network and is responsible for ensuring overall programmatic and operational excellence for the organization. Previously Stacy served as the Director of Events & Sponsorship at Ceres, where she developed the strategy focus, content, and communications for Ceres' major events. She also worked for the Office for Peace and Justice at the Archdiocese of Chicago where she collaborated with community partners to organize educational forums and supported a broad array of social justice initiatives. She has a Master of Arts in Social Justice from Loyola University, Chicago and a Bachelor of Arts in Religious Education from Saint Vincent College.