The MBTA lowered its reduced fare prices, but some say it’s still not enough 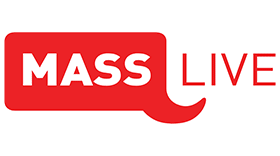 Several MBTA fare changes for reduced fare riders went into effect on Friday. Specifically, lowered prices for LinkPasses and monthly passes and changes and expansions to modes of transportation, according to the MBTA website.

The fare changes – which were approved by the MBTA in March 2022 – are part of an effort for the MBTA to increase equity by filling the gaps in their existing fare structure for Reduced Fare riders, according to a press release.

“We’re grateful to the Board for approving these fare changes, which prepare us for technology updates to come through Fare Transformation, increase equity through improvements to LinkPasses, especially for our Reduced Fare Riders, and make the 5-Day FlexPass permanent for Commuter Rail riders,” said MBTA General Manager Steve Poftak in the press release. “These fare updates allow us to continue to meet the needs of riders while minimizing revenue implications in this time of continued uncertainty.”

Although there are benefits to these new changes, there is still a greater need to make the T affordable to all low-income riders, says Stacy Thompson, executive director of LivableStreets Alliance. LivableStreets is a non-profit organization in Cambridge that advocates for innovative and equitable transportation solutions

“This is good,” Thompson said, “but it’s not nearly enough to meet the demands of people who increasingly can’t afford to ride a system that is also experiencing service cuts right now.”

Nearly 40% of all riders who take the MBTA commuter bus are low-income and 26% of subway riders are low-income as well, according to a 2015-2017 survey from the Central Transportation Planning Staff.

The new reduced fare changes are only for eligible riders – low-income youth, riders with disabilities and people 65 or older – but a great majority of low-income commuters do not qualify for these reduced fares.

Nearly 80% of Massachusetts voters support a low-income fare discount and 71% support making busses free in low-income neighborhoods, according to a 2021 poll conducted by the MassINC Polling Group.

Furthermore, low-income fares increase ridership by 30%, and ridership even increases during off-peak times, according to a 2019 study by MIT.

But in January of 2022, when Massachusetts lawmakers passed a $10.4 billion transportation bond bill that included an amendment for a low-income fare program, Gov. Charlie Baker rejected the amendment.

In a letter explaining his decision, Baker wrote that “more study is needed on how transit authorities can implement fare systems that depend on gathering information about riders’ incomes and to understand what the revenue loss would be and how that revenue would be replaced.”

Implementing a low-income fare policy could cost the T anywhere between $52 million and $112 million per year, according to Lynsey Heffernan, the T’s assistant general manager for policy and transit planning told WBUR.

As for now, MBTA reduced fare commuters will be forced to settle for discounts instead of a low-income program.

The 5-Day Flex pass was introduced on the MBTA’s mTicket app for the Commuter rail in 2020 as a bundled fare valid for any five days of travel within a 30-day period. This pass was good for unlimited travel within a 24-hour period.

“These five passes are available for 10% off the cost of 10 one-way trips,” says the MBTA on their website.

A lower price for 1-Day LinkPasses:

The cost of the 1-Day LinkPasses will be lowered from $12.75 to $11. This is so the passes are more affordable for “low-income and minority riders who typically purchase 1-Day LinkPasses,” the MBTA said.

Before the only reduced fare options for reduced fare riders on subway and busses were the one-way tickets and monthly LinkPasses. Now, MBTA is introducing a reduced 7-Day LinkPass for $10, which breaks even after nine subway rides, the T stated.

In the past commuters could only transfer once between bus and/or subway. The only exception was unless they had a CharlieCard where they would be allowed to transfer from bus to subway to the bus. Now, the MBTA riders will be allowed to use all combinations of second transfers including buses and subway, and one transfer between Express Buses, the T said.