A daily MBTA Orange Line and bus rider, Katherine is passionate about a vision for Greater Boston in which people drive less, or not at all, because their other options are so efficient, affordable, and fun. Katherine is a vice president at the communications firm Denterlein, where she works with clients to shape conversation around some of the most important policy issues of the day. She joined LivableStreets because she believes that improving mobility for all people creates more equitable and vibrant communities – and is critical in the fight against climate change. With a background in political campaigns and government, Katherine previously served as Communications Director for Senator Sonia Chang-Díaz in the Massachusetts State House. She enjoys hiking, crossword puzzles, and stargazing. 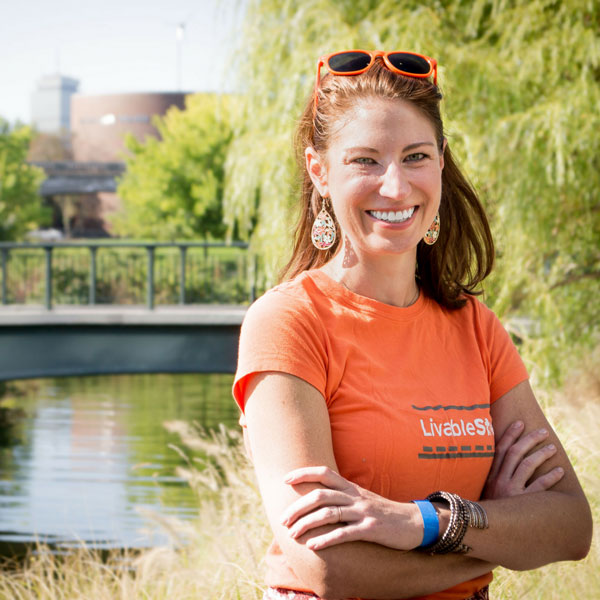 Kathryn grew up in Milwaukee under the "New Urbanism" administration of Mayor John Norquist, which helped fuel her passion about urban land use. She has been an avid bike commuter in Madison, WI, Boston, London, and Paris. As Chair of the Fundraising Committee, Kathryn has helped to grow the organization's budget and staff. Kathryn is currently Director of Transportation at A Better City, where she leads the organization's research and policy agenda for Metro Boston's transportation system. She is also the creator of Buca Boot, a lockable, weatherproof bike basket that makes it easier for people to choose a bike for daily transportation needs. Kathryn holds a Bachelor of Arts in Economics from Wellesley College and a Master of Science in Economics & Economic History from the London School of Economics. In her free time, Kathryn enjoys playing the fiddle and sailing.

Matt lives in Cambridge where he enjoys no longer having a car. Matt joined the LivableStreets Board because he believes the organization’s approach will build a happier and healthier community, as well as a stronger economy. Working in program management within aerospace, he brings a wealth of financial know-how to his position as board treasurer. As an avid greenway user, he is excited to see key links of the Emerald Network completed. In his free time Matt enjoys scuba diving, running races in new cities, and hiking with his dog Cato. 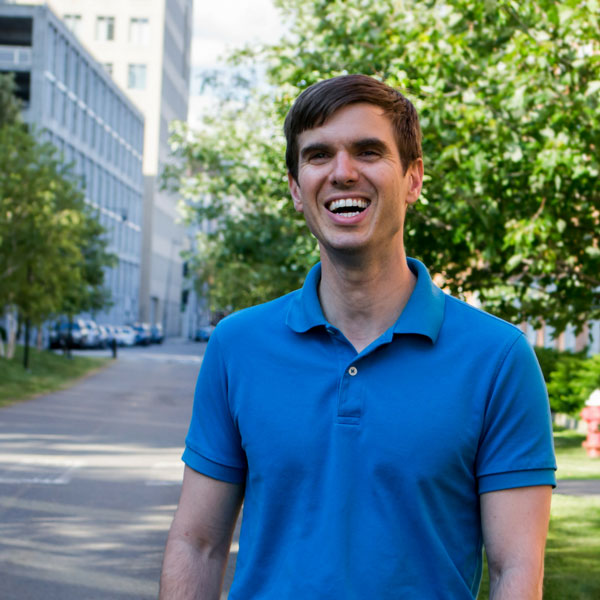 Charlie lives in Boston's South End neighborhood and enjoys taking advantage of the many modes available in the city. He began as a volunteer for LivableStreets, joining the board in 2007 with a strong interest in strategic planning and the implementation of priority projects. For a number of years, Charlie was Chair of the Advocacy Committee, helping to organize and initiate advocacy efforts on projects across Metro Boston. In the last decade he estimates that he's penned more than 50 advocacy letters and likely contributed to hundreds more. Currently, Charlie is a major contributor to LivableStreets' social media presence, sharing the latest transportation-related news from around Boston and around the world. You're likely to see him on the streets of Boston taking photos of the latest parklets and bike lanes as well as things that need tweaking, like ill-timed pedestrian signals or confusing intersections. He currently sits on MassDOT's Design Exception Review Committee, reviewing and providing feedback on projects that do not meet MassDOT's minimum required pedestrian and bicycle accommodation. Through that committee, he also helps to advise MassDOT on how to improve design guidelines and review mechanisms to ensure that more projects meet and surpass the minimums. More recently, Charlie has joined the newly formed TransitMatters Advisory Council, which helps to advise their organization on transit-related issues in the metro-Boston area. Charlie is currently a Senior Applications Developer for Geode Capital Management, a financial services company in Boston. In his free time, Charlie enjoys traveling, studying political and social issues, and exploring the city.

Jascha grew up in Brookline and has lived in South Boston since 2010. He has enjoyed getting around Boston by bike, foot, and public transit since he was a teenager, and wants his son to grow up in a city where he can safely, independently explore his community without a car. He sees transportation as central to some of the biggest challenges facing our planet and society: climate change, economic inequality, and urban quality of life, and he is passionate about finding ways to improve the status quo. He spends his days as the Executive Director of the Open Mobility Foundation, where he helps cities manage emerging mobility services (like shared bikes, cars, and scooters) using data and open source software. He previously served in the cabinet of Mayor Martin J. Walsh as the Chief Information Officer for the City of Boston, and was the co-founder and Chief Technology Officer of Blue State Digital. He is an avid cook, hiker, and weightlifter, and is mildly obsessed with low-speed personal electric vehicles. 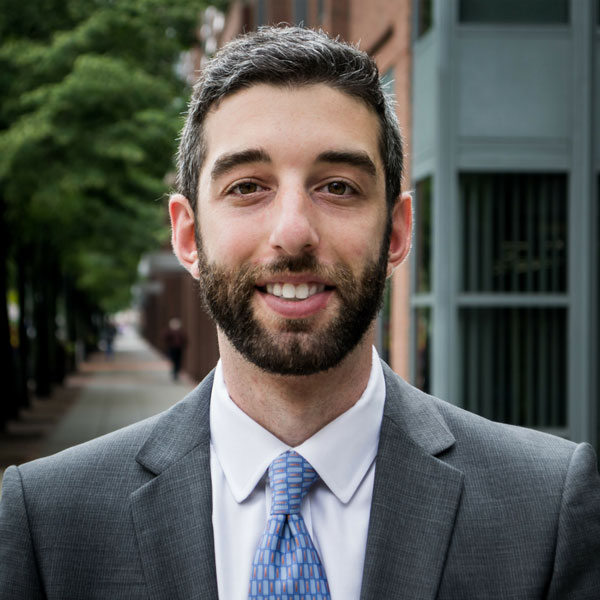 Stephen knows that the easiest way for people to connect to the LivableStreets mission is experiential — each day people enjoy traveling along greenways and wonder the best way to cross a street and reach a friend's home safely — that's why he likes telling new friends about the organization while out on a group run, bike, or drive. Stephen looks forward to seeing LivableStreets develop a playbook and leadership structure that will enable everyone to advocate effectively for complete streets in their communities. As Chair of the Internal Committee, Stephen helps with policy development and governance. He is currently an Associate Director of Product Management at Wayfair, building technology to provide the quality and personalized service experiences which customers love, at scale. Stephen enjoys recreating his favorite flavors in the kitchen, hiking new trails, and playing basketball. 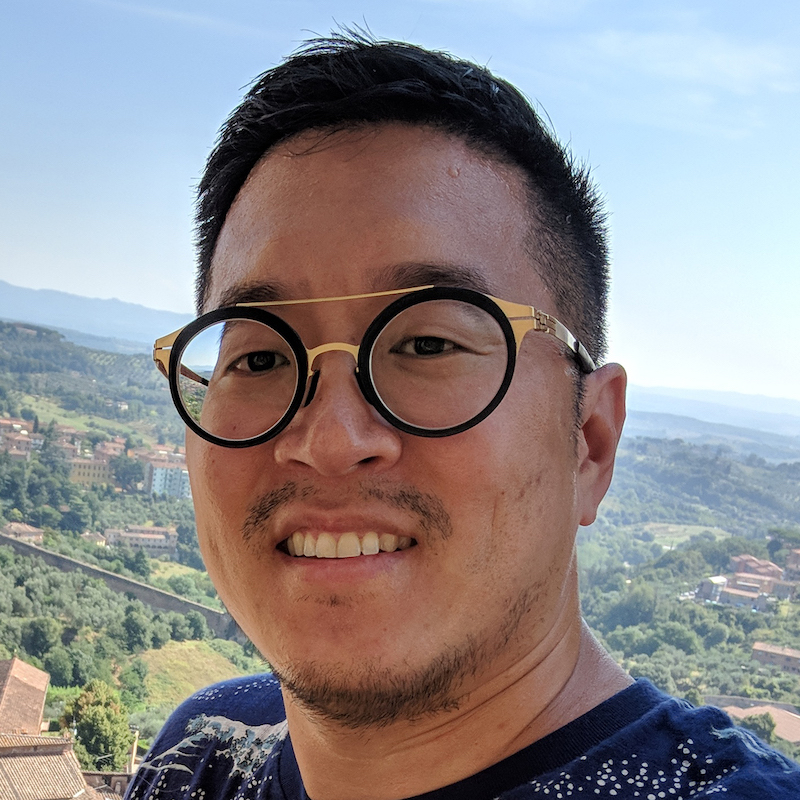 Jason Lee grew up in Vancouver, Canada, where unfortunately, he did not live in an igloo or commute to school via dogsled. He does sometimes slip up and say 'eh?' or pronounce words like about 'aboot'. For over a decade, he had the privilege of living and working as an affordable housing architect/urban designer in cities with great transportation infrastructure like Amsterdam, Toronto, and Shanghai. He is currently the founder and principal of FMRA, a strategic design consultancy that develops initiatives to build equity and inclusivity in the civic realm. Through his work with clients such as Boston Public Schools, the City of Boston, MassHousing, Smarter in the City and others, Jason recognizes the centrality of transportation infrastructure as a determinant of racial and economic equity. For this reason he views the work of LivableStreets as critical to closing the gaps that divide our communities across the city and the region. Jason is also a mentor with MIT's DesignX accelerator program and sits on their advisory board. He holds a bachelor's degree in Anthropology from McGill University and a Master of Architecture degree from the University of Toronto. In his free time, he loves to walk and mountain bike the Middlesex Fells Reservation adjacent to his town of Winchester with his family. 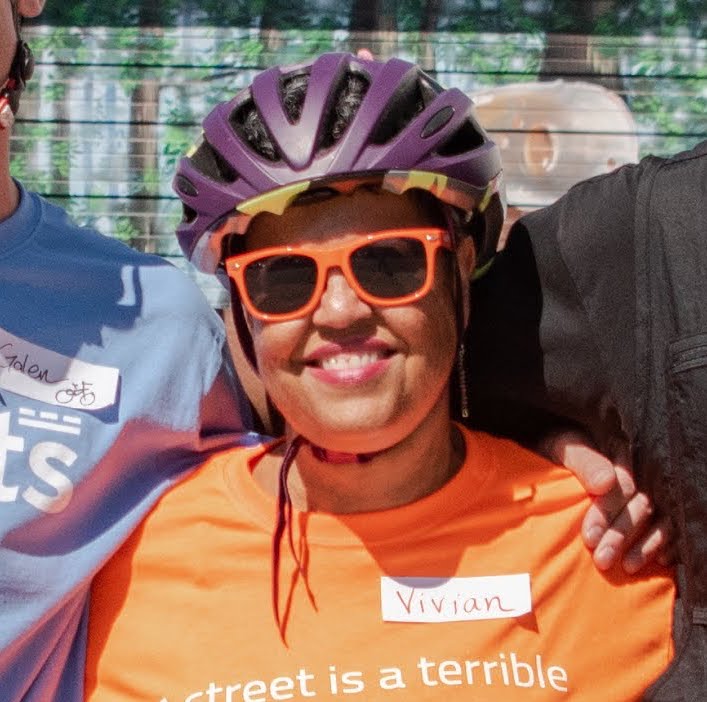 Vivian grew up in El Paso, TX and has lived in Boston since 2009. You can find her leading her neighbors on a bike ride from the Neponset River Greenway trail in Mattapan as That Bike Lady or sharing her multimodal life experiences on twitter as @mattapanviv. She says she joined the LivableStreets board because the organization has been a "one-stop transit advocacy shop" for her. In 2017, Vivian was one of three in the first group of non-white women to become a League Certified Instructor in Massachusetts. Since 2016, she's attended the League of American Bicyclists' National Bike Summit in Washington, D.C. as part of the Massachusetts' delegation. Vivian received the Susie Stephens' Joyful Enthusiasm Award during the 2019 Summit. Vivian is the metro Boston outreach coordinator for the Massachusetts Safe Routes to School program. She enjoys jigsaw puzzles and playing board games. 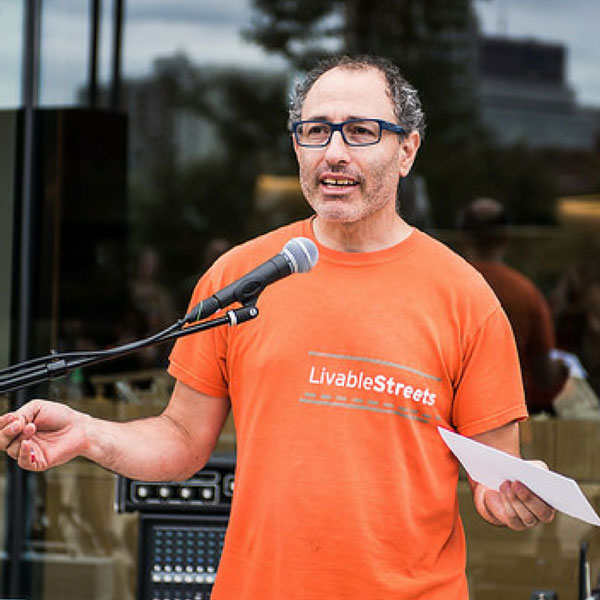 Jeff co-founded LivableStreets Alliance in 2004 and served as Executive Director until 2007. He is currently a PhD Candidate in MIT's Department of Urban Studies and Planning with a focus on transportation policy, equity, and advocacy. Jeff has enjoyed spending the last several summers in the Netherlands with his family while co-teaching a Northeastern University course, "Sustainable Transportation Planning," held at TU-Delft. Jeff has served on the Board for the Alliance for Biking and Walking, participated in the Bicycle Subcommittee of the National Committee on MUTCD, and has been active with NACTO. Locally, he has served on MassDOT's Transportation Advisory Board and Boston's Complete Streets Advisory Committee. Prior to founding LivableStreets, Jeff worked on sustainable development projects in Africa, Central Asia, and the Middle East and was a researcher for the Business & Sustainability group at Tellus Institute. Jeff holds a Masters degree in Environmental Engineering and Policy from Carnegie Mellon University and a Professional Engineering License from the State of Maine. 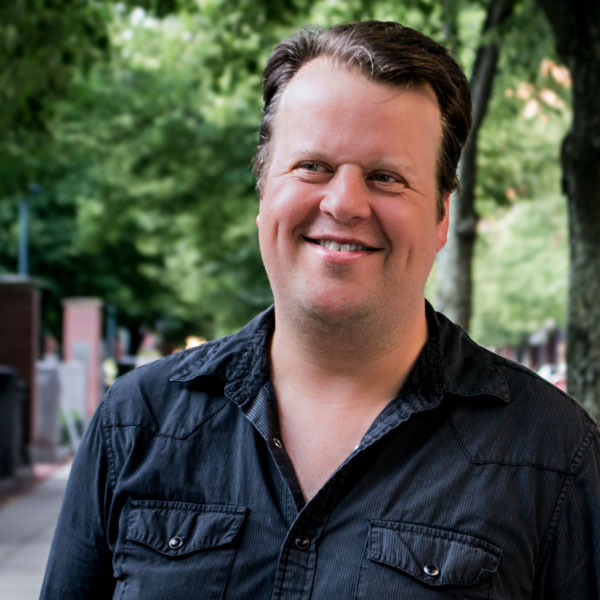 Brian lives in Roslindale and enjoys getting around Boston by bike, walking, and public transit (including sexy buses!). In addition to having the most tattoos of any board member, he is passionate about making streets safer for vulnerable road users. As Board Chair, he works closely with the Executive Director and LivableStreets staff on strategic planning, fundraising, and board governance. Brian has more than 20 years of experience in the nonprofit field, with a focus on sustainability and environmental solutions to global issues like climate change, water scarcity, and human rights abuses. In his role as Digital Director at Ceres, he oversees the organization's website and other digital properties, engages audiences through social media and email, and has experience developing podcasts, videos and other multimedia material. He's excited to see LivableStreets increase their advocacy outreach with more community engagement across all neighborhoods. In his free time, you can find Brian biking, traveling, or fine tuning cocktail recipes. 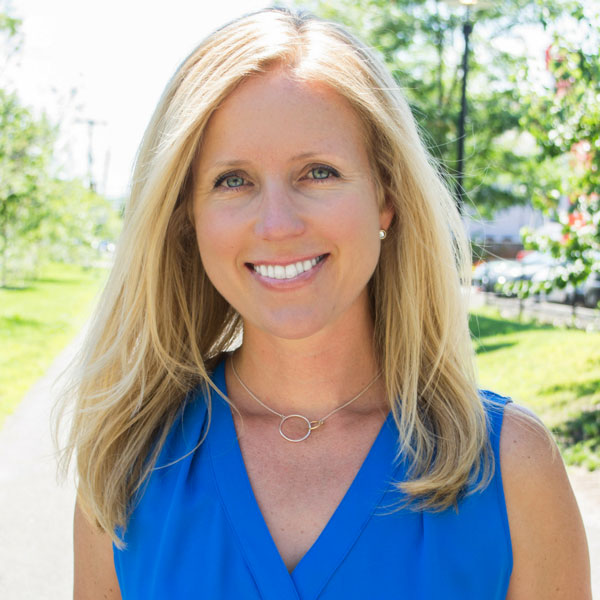 A native of Northern California, Julia lives in Winthrop with her husband, daughter and corgi. Julia joined the LivableStreets Board in 2011 so she could start more conversations using her favorite urban planning jargon like 'spatial justice' and 'democratizing the streetscape', and ultimately to start putting visionary ideas into action. Julia and her daughter Maya have led the family bike ride for LivableStreets' largest annual fundraiser, Tour de Streets, every year since 2017, and she plays an integral role in fundraising and relationship building on the External Committee. She is most excited to continue to cultivate new donor relationships and build momentum around LivableStreets' Better Bus initiative. Julia is currently the Boston Program Manager for the Institute for Transportation & Development Policy (ITDP) where she leads efforts to pilot and pursue Bus Rapid Transit (BRT) in the Boston region, and is the Chair of the Winthrop Transportation Advisory Committee. She previously served as Executive Director of MassCommute, spent many years working with community development corporations (CDCs), and holds a Masters of Urban and Environmental Policy & Planning from Tufts. In her free time, Julia enjoys organizing community (biking!) events, following local politics, and exploring nature with children. 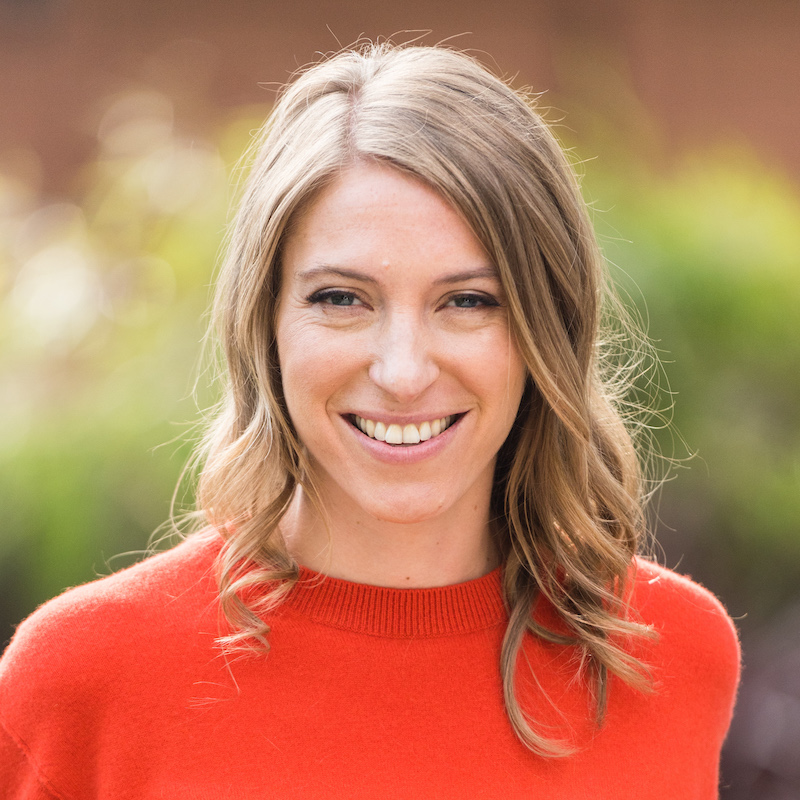 Emily grew up in the auto-oriented suburbs of the San Francisco Bay Area, but is now delighted to live car-free in Somerville. An avid pedestrian, bike commuter, and recreational cyclist, she is passionate about expanding complete street infrastructure and multi-use paths throughout the region to support active transportation. Emily currently serves as a Venture Partner at Fontinalis Partners, a venture capital firm focused exclusively on investments in the transportation sector. Previously, she was one of the original employees at Lyft, where she lead the company's transportation policy team for several years, and at Lime, where she built the global policy and public affairs team from the ground up. She believes new mobility technologies can play an indispensable role in reducing reliance on car ownership - provided the right policies are in place to prioritize the public interest. When she's not caught up in wonky debates about mobility datasharing policy, running speed intervals around the Ellis Oval, or making a fool of herself at improv class, Emily can often be found walking her two beloved rescue dogs, Leo and Charlie, along the Somerville Community Path.